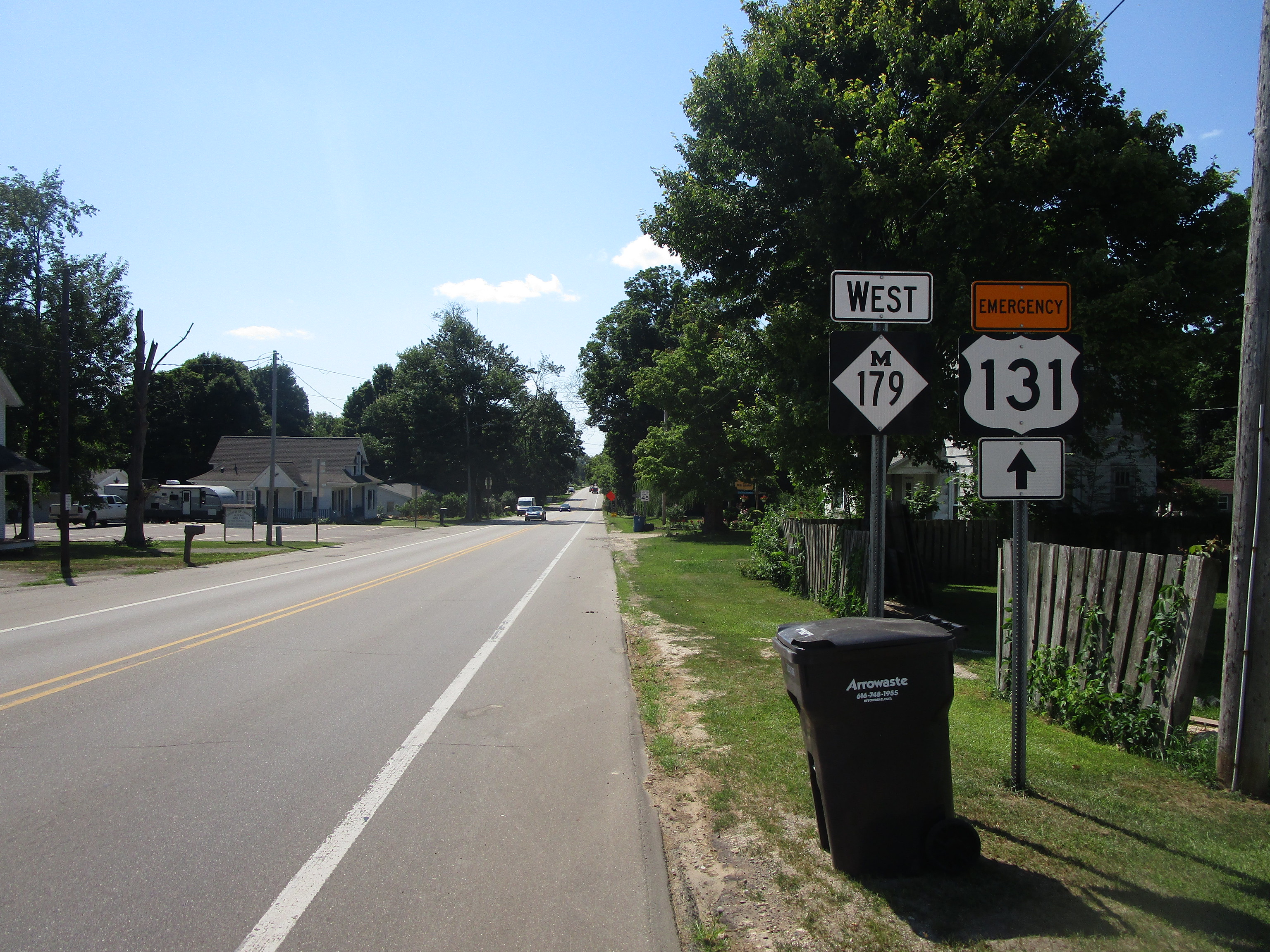 My photo of Michigan Highway 179 shows the westernmost stretch of the highway, looking west.  The westbound reassurance marker shown in the photograph informs drivers that they have turned from US Route 131's old two-lane alignment onto Michigan Highway 179.  US Route 131's current freeway alignment lies less than a mile to the west, into the photo's background. This photo was taken just south of Wayland, Michigan, at the beginning of August 2022; I was coming home from a trip to the Upper Peninsula and Alpena.