Illinois Route 114 is a tiny east-west connector between Momence, at a T-intersection with Illinois 1 and Illinois 17, and the Indiana border.  It becomes Indiana State Route 10 east of the border.  The route lies entirely in eastern Kankakee County.  I have no idea why Illinois 17 joins Illinois 1 north to a different latitude and then turns east at Grant Park, rather than following the current Illinois 114 east to the border, a more direct route.  But that's the situation we have today.

The western end of Illinois 114 actually points north, at a T-intersection in Momence where the concurrent Illinois 1 and Illinois 17 come from the west and turn northerly: 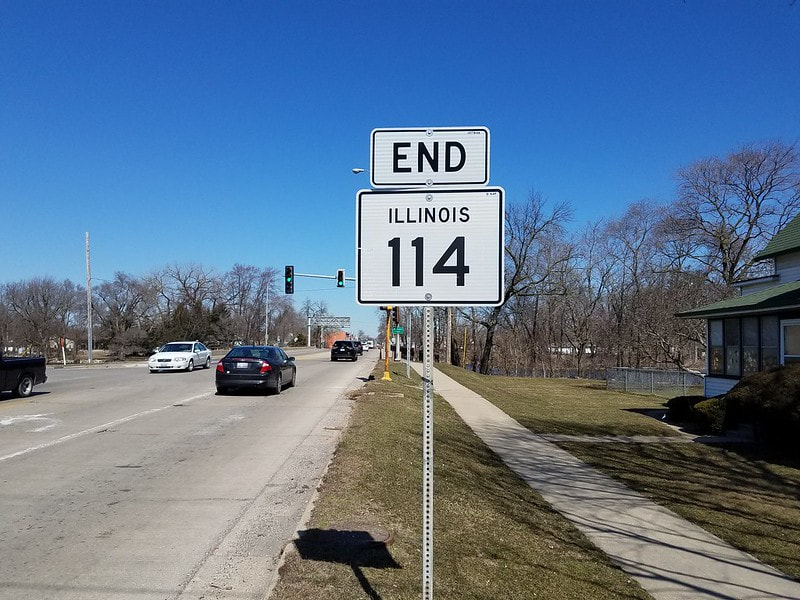 From this T-intersection, Illinois 114 heads south one block, then turns easterly: (photo taken in westbound direction) 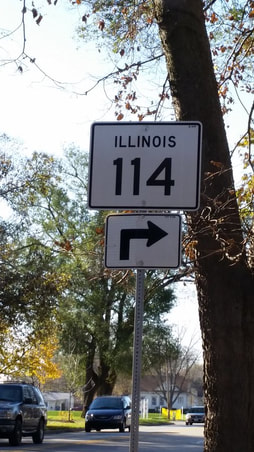 No end marker has been spotted in the wild for the eastern end at the Illinois/Indiana border, but Illinois 114 ends at this state line, where the roadway becomes Indiana State Route 10...
Back to the Illinois main page.
​Back to the home page.