Illinois Route 145 serves as sort of an alternate to US Route 45 in southernmost Illinois, providing a route that's more direct but passes through fewer populated locales.  It provides access to recreational points of interest in Shawnee National Forest, running from Harrisburg south to end just across the Ohio River from Paducah, Kentucky.

Illinois 145's northern end is where Illinois 34 splits from US Route 45 on the south side of Harrisburg:
Illinois 145 is concurrent with Illinois 34 south until a split near unincorporated Mitchellsville: 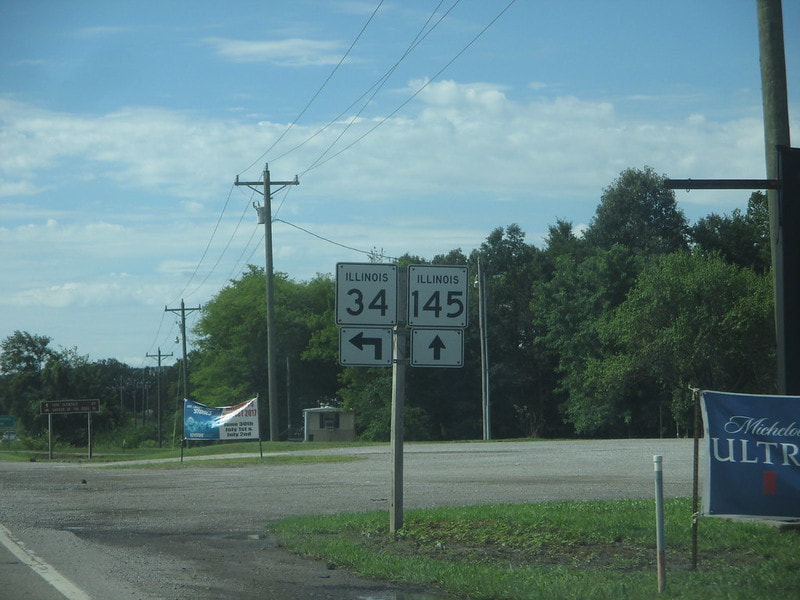 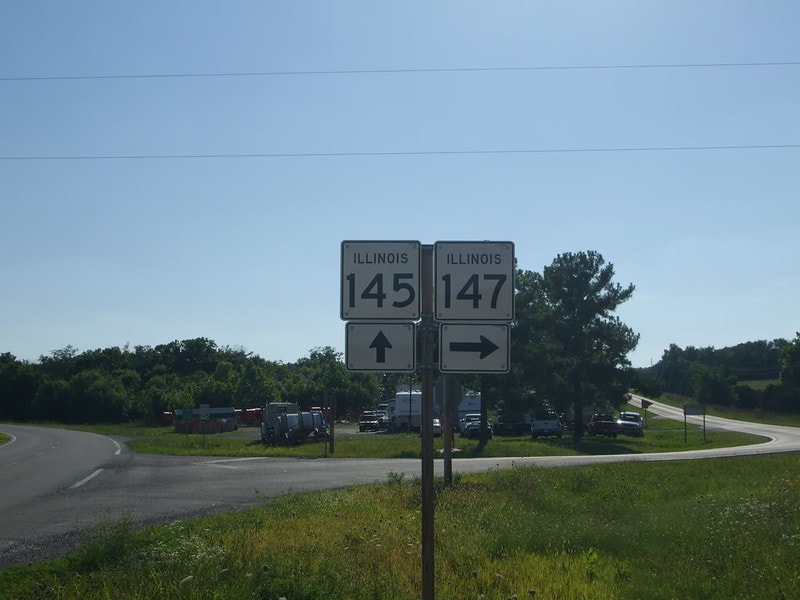 Illinois 145 passes over Illinois 146, but the two routes are connected by a short access road in the southeast quadrant of the crossing:
Illinois 145 passes a long distance going due south after that, then it ends at US Route 45 just east of the interchange with Interstate 24 between Metropolis and Brookport: 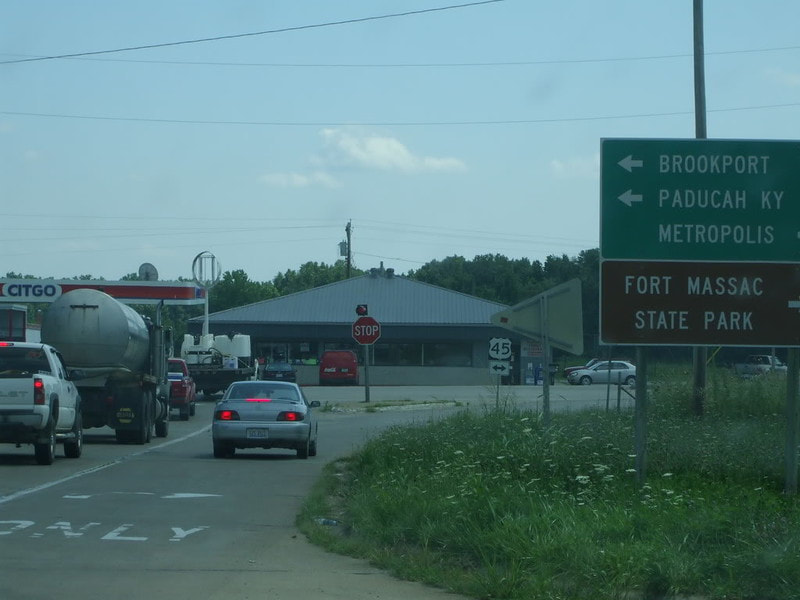