Iowa Route 16 is an east-west route in southeastern Iowa. The westernmost portion bends northerly out of Eldon to end at US Route 34 just east of Ottumwa.  The eastern end is an intersection with US Route 61 between Fort Madison and Burlington.  Iowa Route 16 stays in mainly rural areas between US Route 34 and Iowa Route 2. 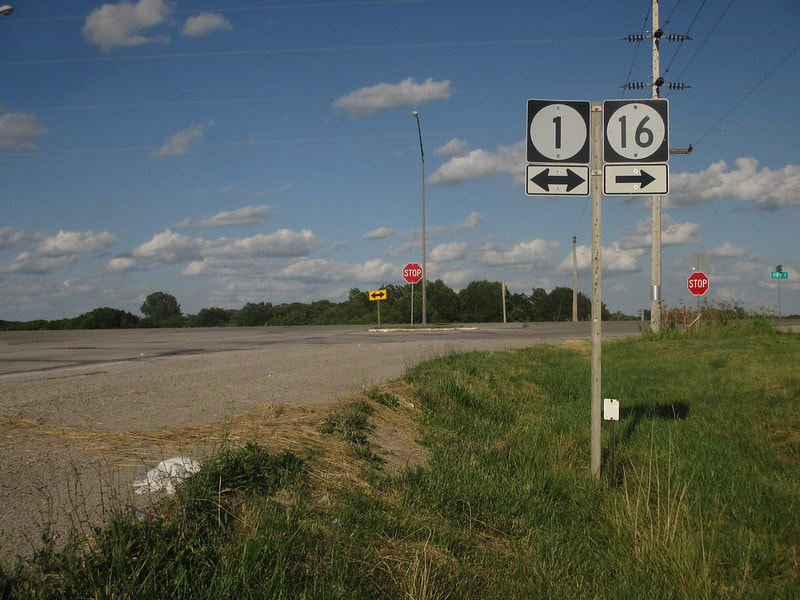