PAUL ACROSS AMERICA
US Route 127 is a north-south highway through central Michigan, westernmost Ohio, and parts of Kentucky and Tennessee, ending up in Chattanooga, Tennessee.  The northern end is a partial interchange where US Route 127 merges onto Interstate 75 northbound, near Grayling, Michigan.  US Route 127 bisects the Lower Peninsula of Michigan from this point southward, passing through Lansing and Jackson.  US Route 127 is a freeway from its northern end to Jackson.  Beyond Jackson, Michigan, US Route 127 is a surface road crossing the rest of southern Michigan and the western part of Ohio, entering Cincinnati.  As US Route 127 is moving beyond Cincinnati, it joins US Route 42 southwest for a bit before heading south through Kentucky and Tennessee on its own.  The southern extent of US Route 127 uses Signal Mountain Road, and the southern end is the interchange connecting Signal Mountain Road to US Route 27, in Chattanooga, Tennessee. 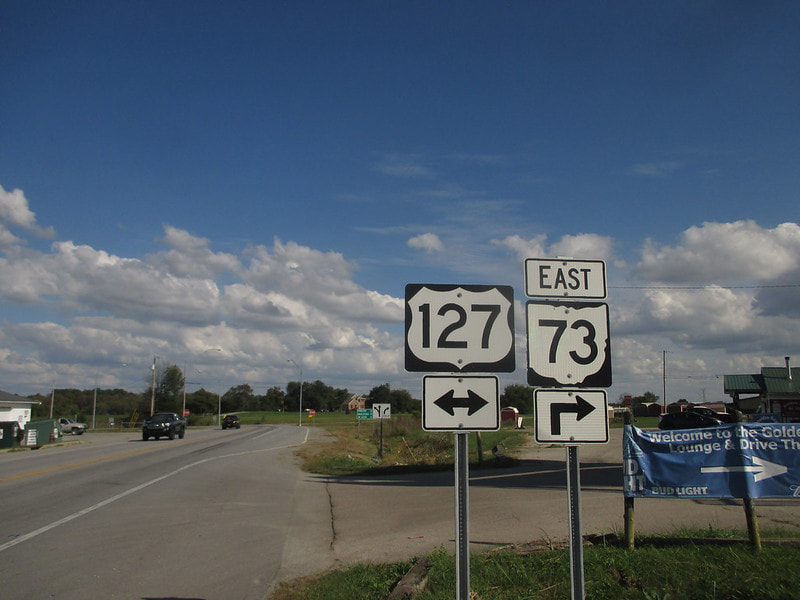