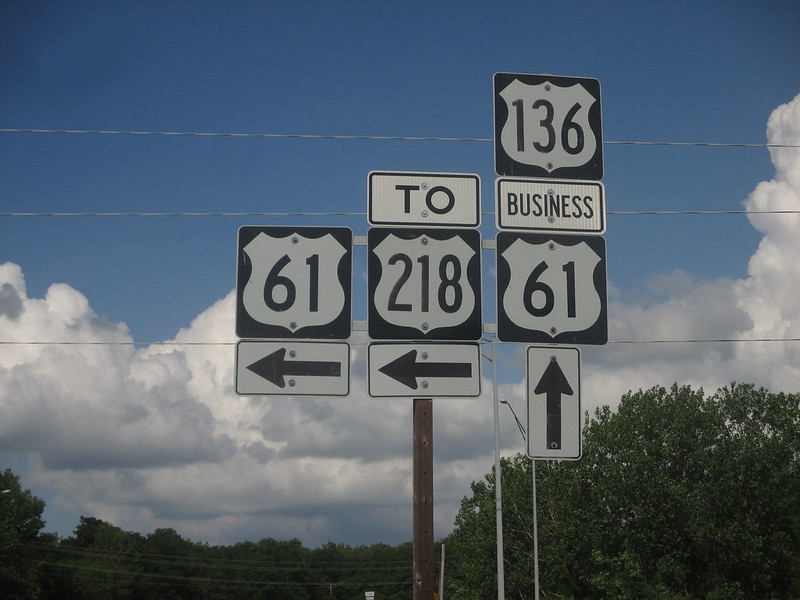 My photo of a US Route 61 marker comes from its southernmost mile in Iowa, where US Route 136 eastbound splits from US Route 61 northbound.  US Route 61's main alignment flanks the western side of Keokuk, where as a business alignment starts by following US Route 136 easterly into downtown.  The signage depicted faces southwesterly to traffic on the concurrency shared by US Route 61 and US Route 136 that just crossed over the Des Moines River from Missouri. I took this photo on June 30, 2017, as I was traveling to the southeastern and northeastern corners of Iowa.
Back to the Iowa main page.
​Back to the home page.