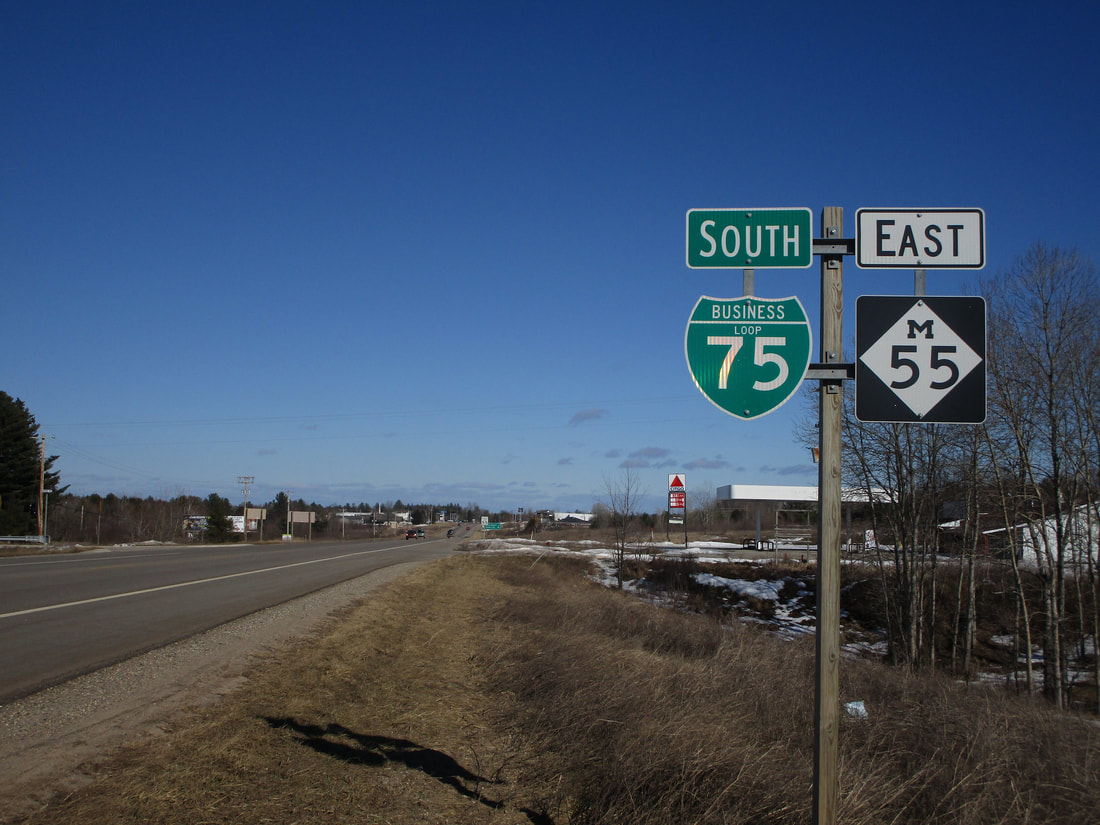 My photo of Michigan Highway 55 comes from West Branch, Michigan, where the state route crosses Interstate 75. The signage depicted is a pair of eastbound reassurance markers for traffic heading away from the Interstate 75 interchange. Interstate 75 spawns a business loop here that follows Michigan Highway 55 into West Branch, so that business loop is mentioned here, too. This photo was taken in March 2019 as I was driving around central and southern Michigan.