Interstate 265 is considered an east-west highway in Indiana, so exit numbers start with zero in the west and increase as the highway continues eastward.  (Kentucky uses a separate numbering scheme for Interstate 265, viewing it as a north-south route.) 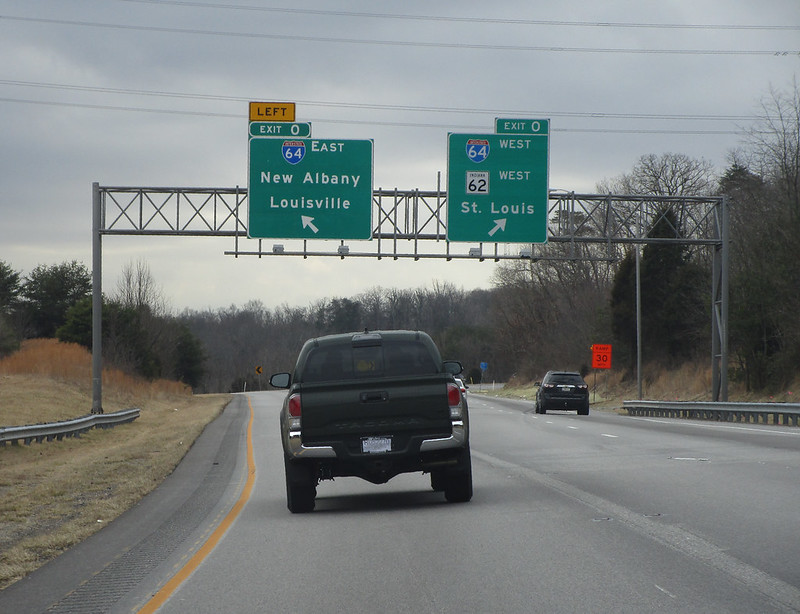 Exit 1 is a fountain interchange to State Street in New Albany: 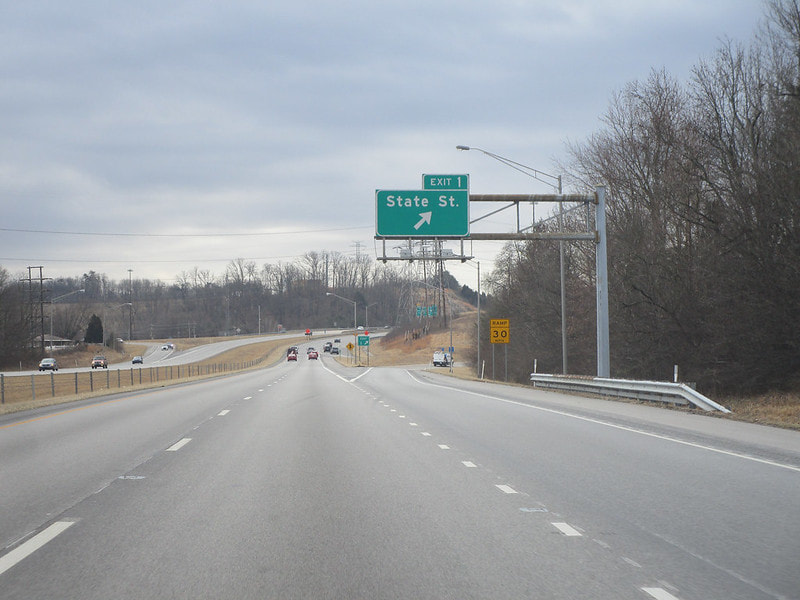 Exit 3 is for Grant Line Road: 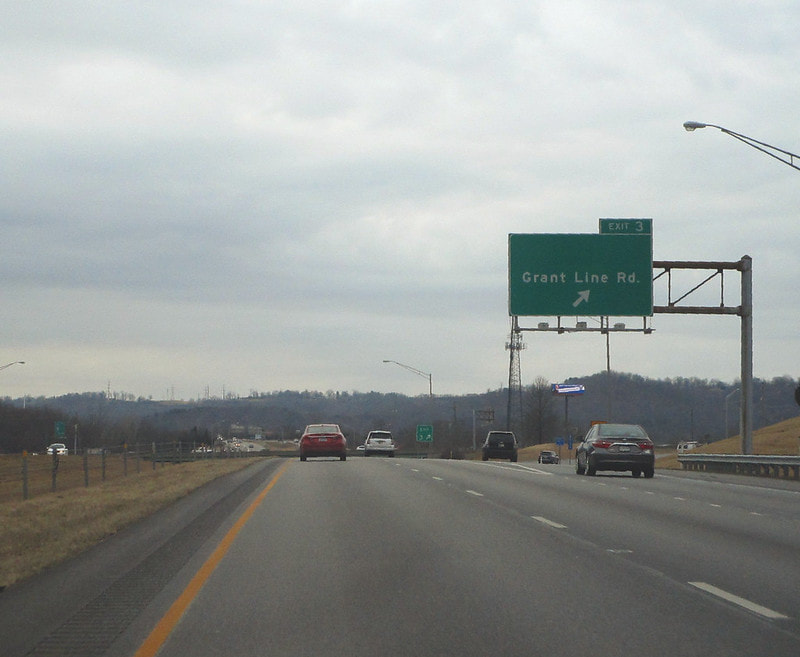 Exit 4 is for Charlestown Road: 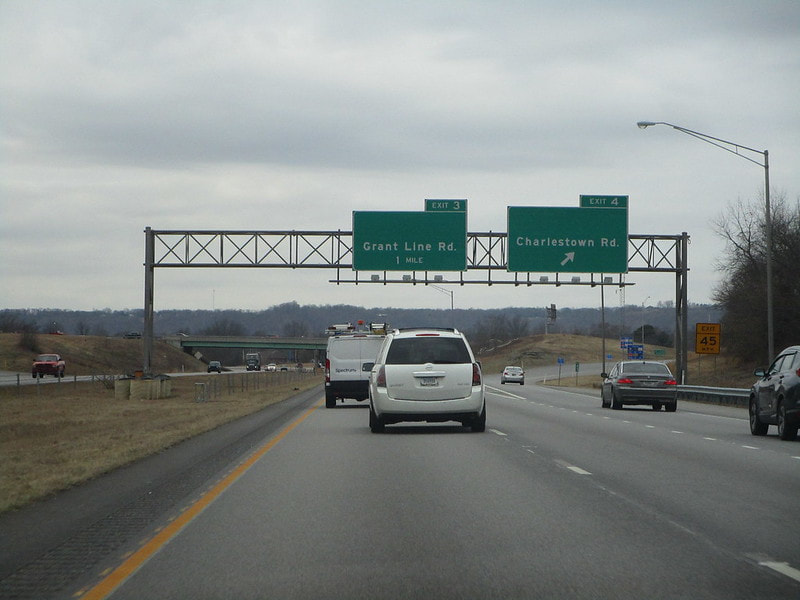 Exit 7A is for Interstate 65 north toward Indianapolis; however, this ramp appears EAST of exit 7B, meaning the exit numbers are in the wrong order. 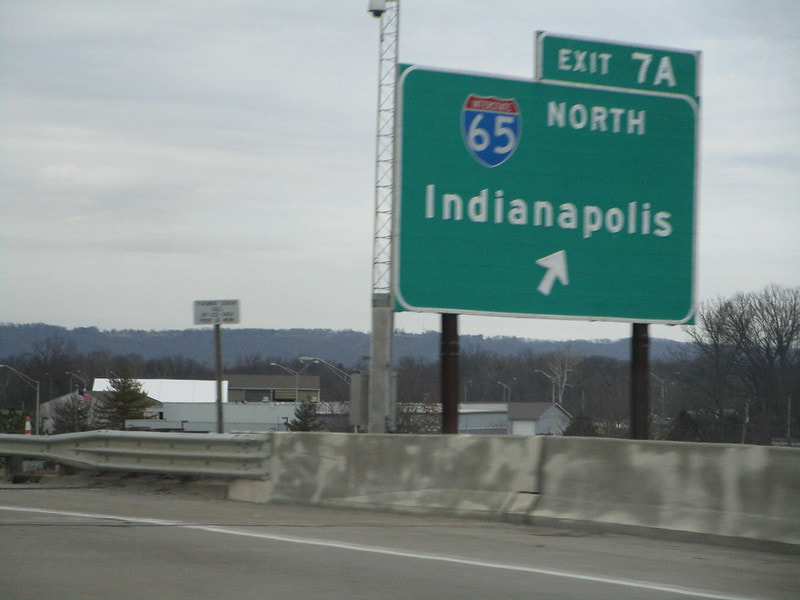 Exit 7B leads to Interstate 65 south toward Louisville: 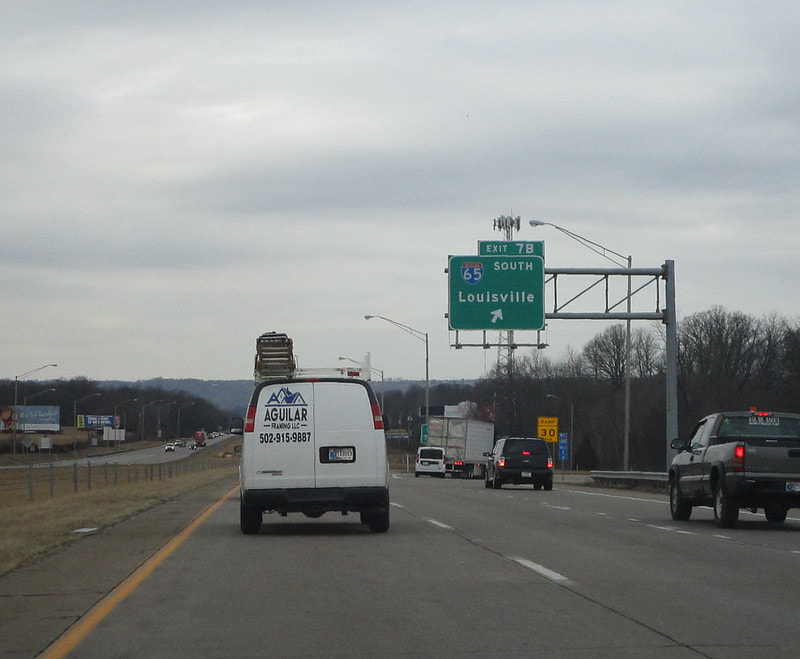 Exit 10 leads to Port Road and Jeffersonville, and to the eastern continuation of Indiana Route 62 toward Charlestown: 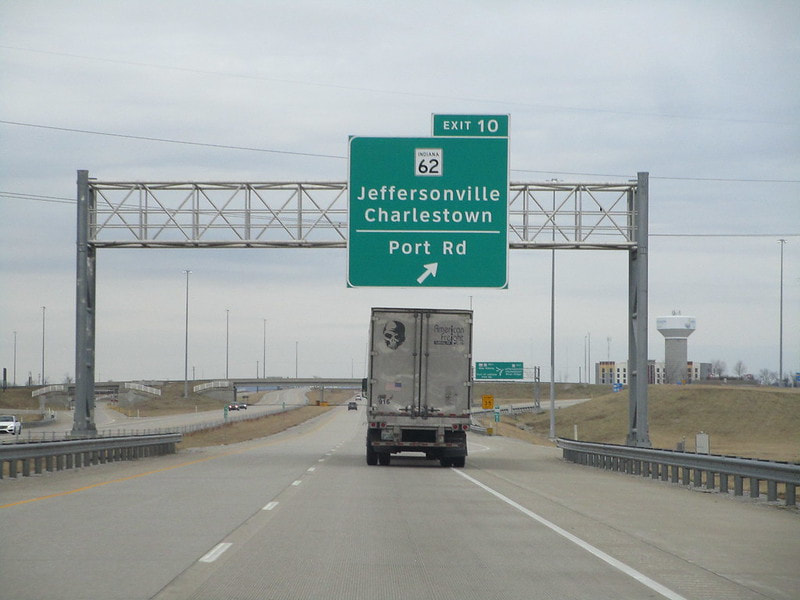 Exit 11 is for Old Salem Road: 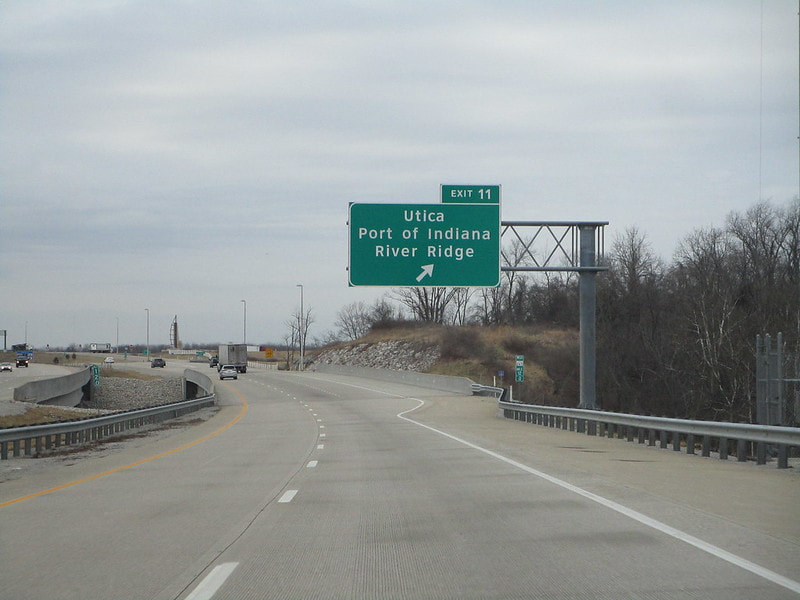 After about 13 miles in Indiana, Interstate 265 crosses the Ohio River on the Lewis and Clark Bridge, which opened in December 2016 after decades of planning and keeping the locals waiting.  Interstate 265 will go on to wind through Kentucky territory for another 38 miles.  I'll leave you a photo of driving west across this Lewis and Clark Bridge: 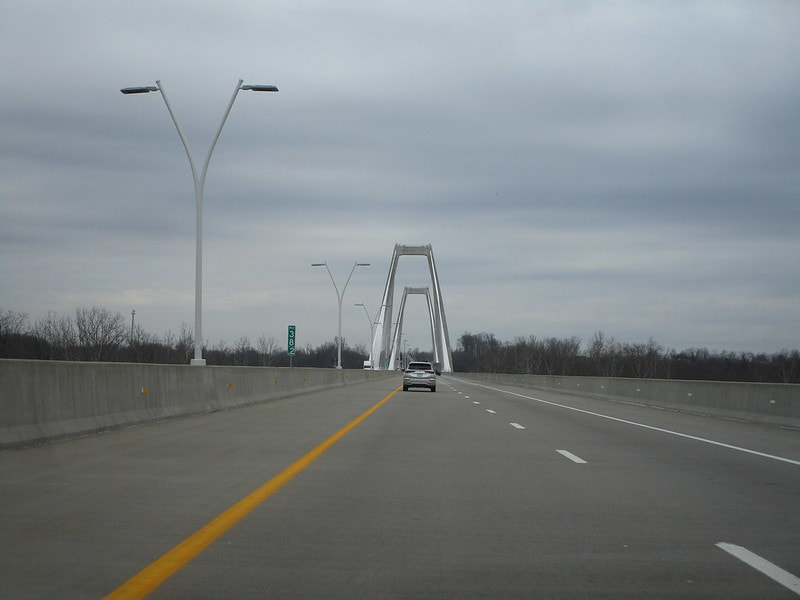