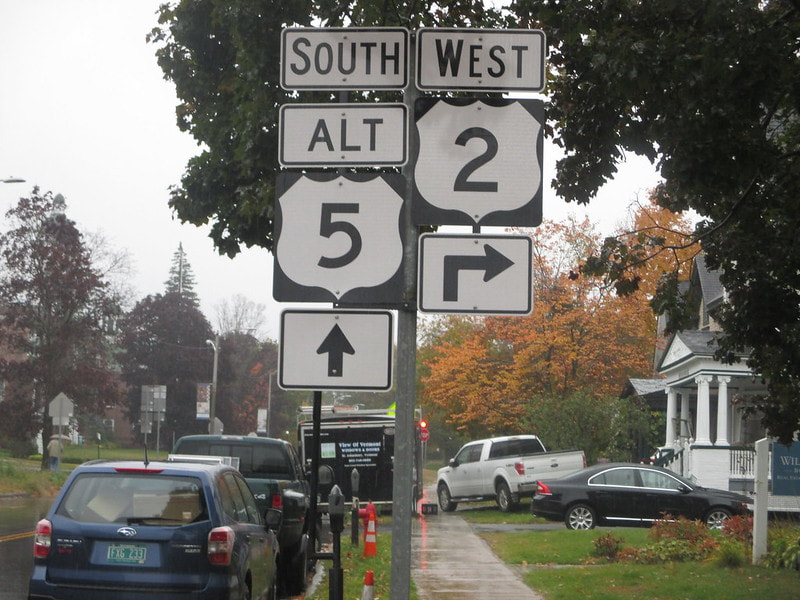 You really can't choose the weather that greets you, as you reach the photo opportunity you set out for.  This photo was taken in St. Johnsbury, on a rainy day of touring around Vermont.  US Route 5 has a short alternate alignment around the west side of downtown; it's so close to the main alignment that I'm not sure why it exists.  The photo, taken in October 2015, comes from where US Route 2 meets the alternate of US Route 5. The sign assembly depicted faces south.
Back to the nationwide main page.
Back to the home page.