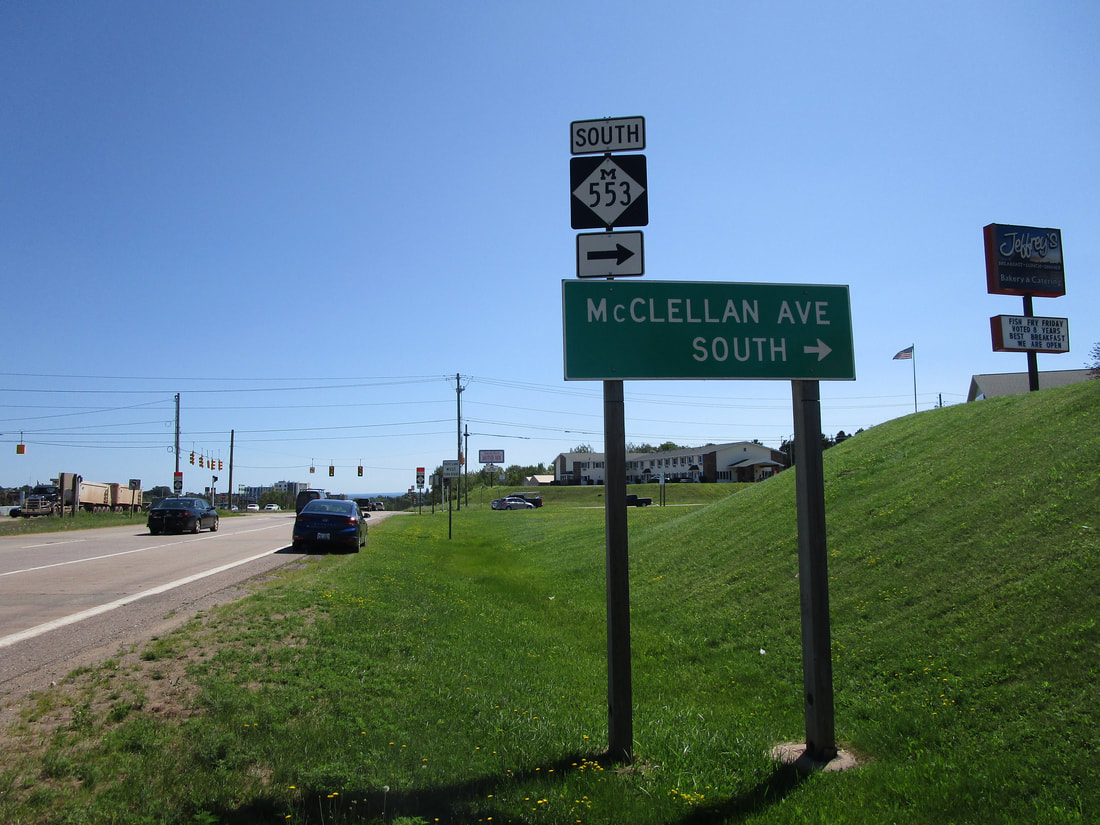 My photo for Michigan Highway 553 signage comes from its northern end in Marquette. The sign assembly shown, facing west along US Route 41 and Michigan Highway 28 (the two routes are concurrent), points out the turn to the south onto Michigan Highway 553, for those heading eastward. Westbound travelers have to face a more convoluted process to reach Michigan Highway 553; that process involves a U-turn and a right turn (the good old "Michigan left"). This photo was taken during August 2020, as I was traveling across the Upper Peninsula from the Porcupine Mountains to Pictured Rocks and Tahquamenon Falls.