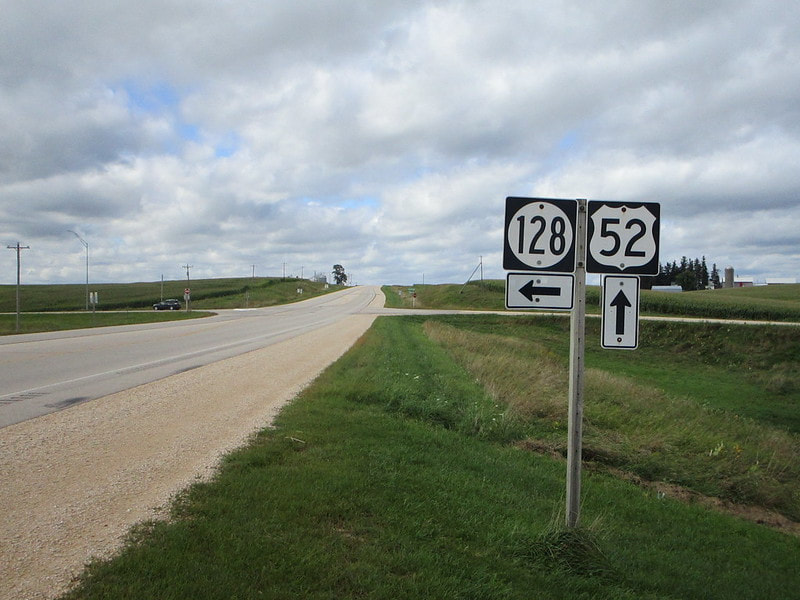 My photo of Iowa Route 128 comes from the eastern end of the route, at the junction with US Route 52. US Route 52 heads more north-south than east-west in this area, and the guide assembly in the photo faces south for northbound traffic on US Route 52.  The intersection home to the eastern terminus of Iowa Route 128 is visible in the background. This photo comes from my trip across northern Iowa in September 2019.
Back to the main Iowa page.
​Back to the home page.