​The exit list will start in the south, at the Kankakee/Iroquois county line, and move north toward Chicago. For points south along Interstate 57 into east-central Illinois, including Iroquois County, Champaign, and Mattoon, click here.

Interstate 57 crosses into Kankakee County from Iroquois County at mile marker 302...
Exit 308 is for US Routes 45 and 52 into Kankakee, as Interstate 57 bends easterly to pass around the east side of Kankakee: 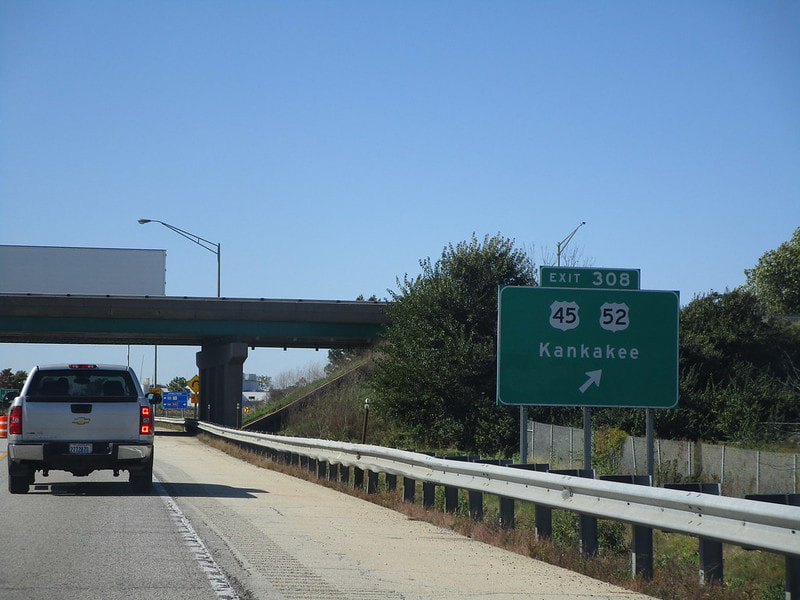 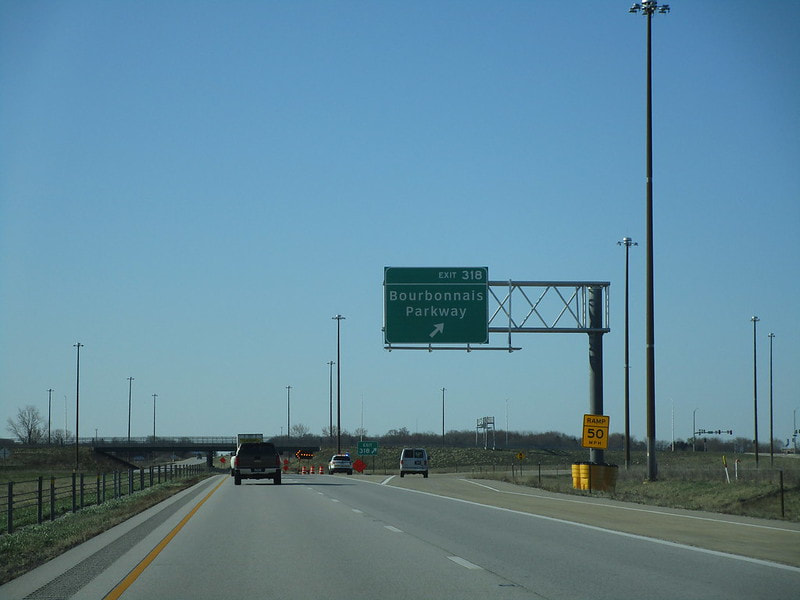 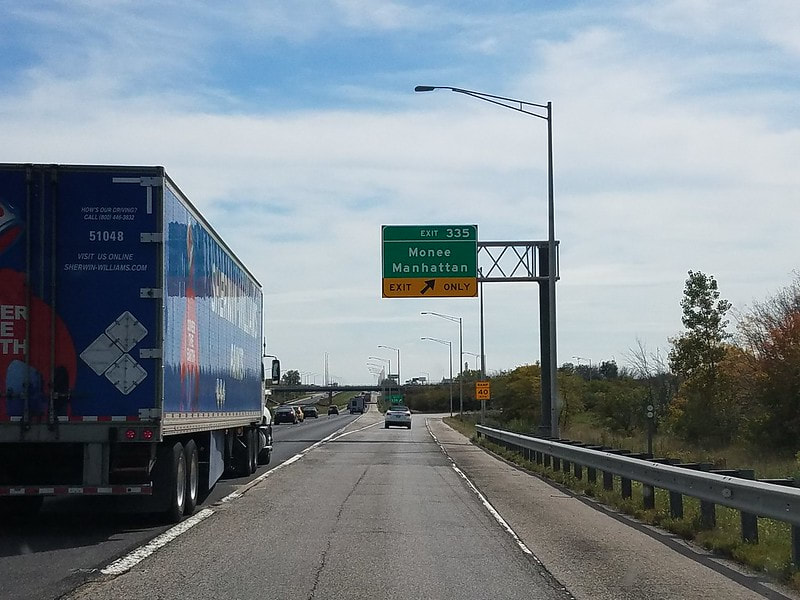 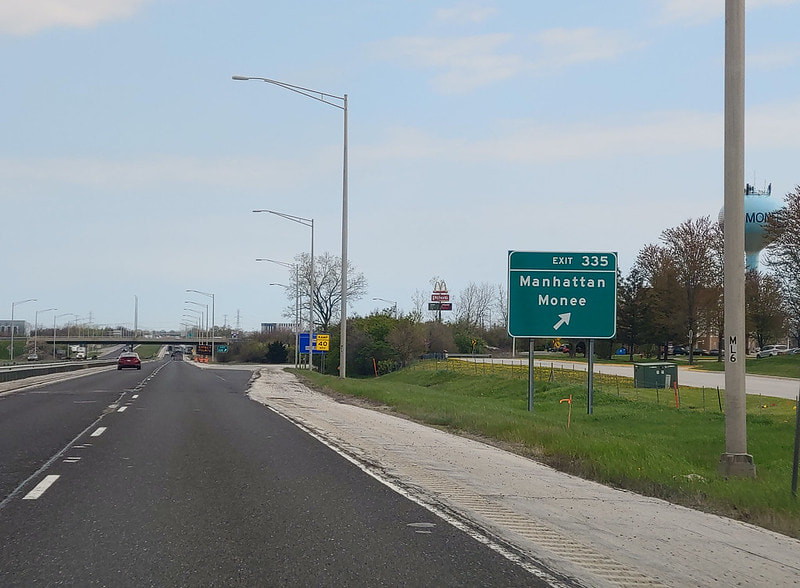 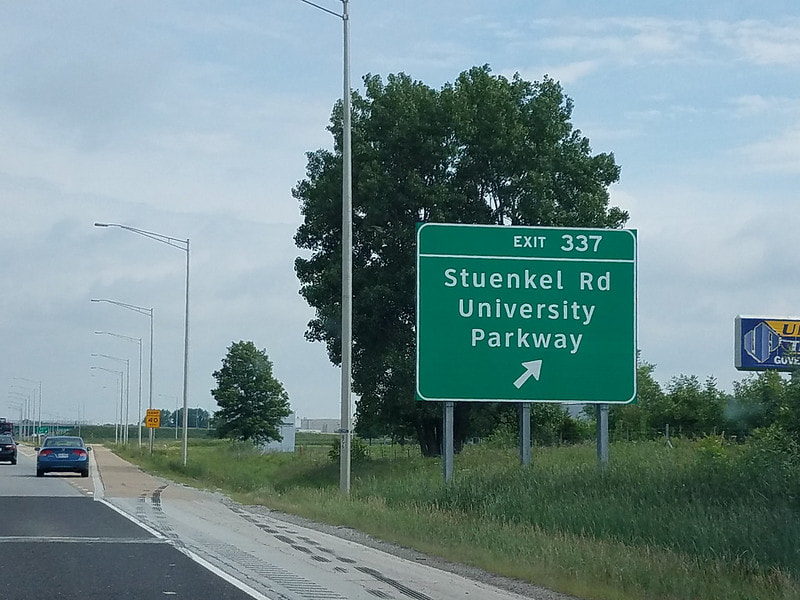 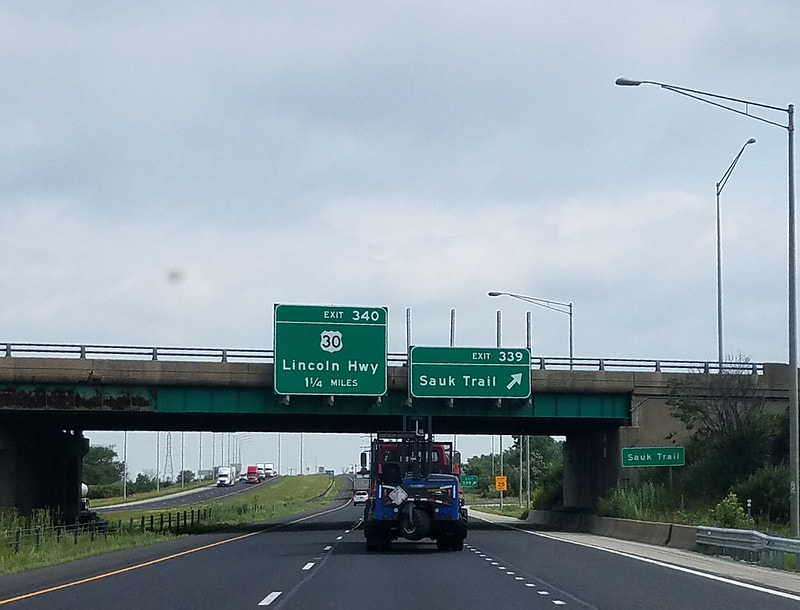 Exit 340 is an interchange with US Route 30, also known as Lincoln Highway (southbound Interstate 57 has separate directional ramps, labeled 340A for US30 westbound and 340B for US30 eastbound): 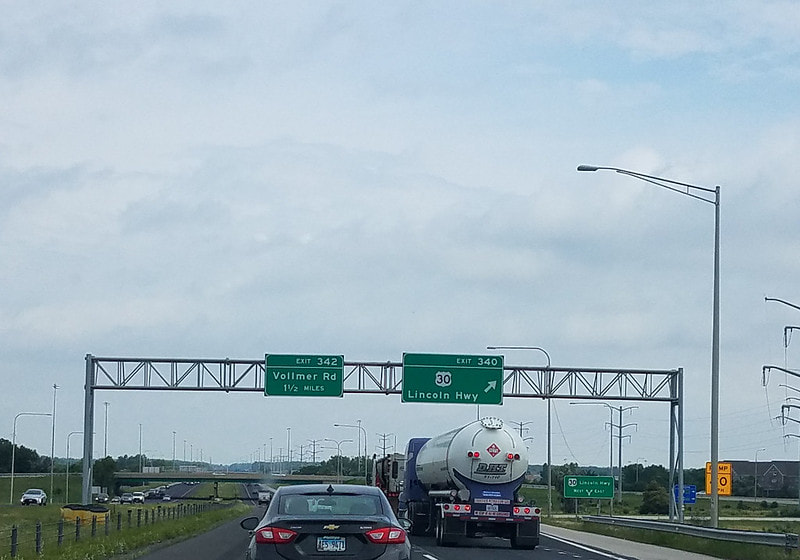 Exit 342 is an interchange with Vollmer Road--southbound Interstate 57 has separate directional exits 342A for westbound and 342B for eastbound): 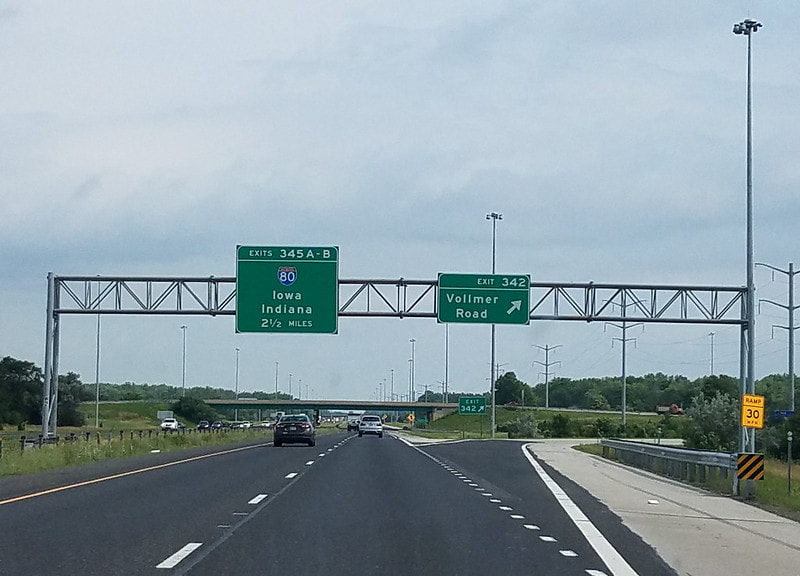 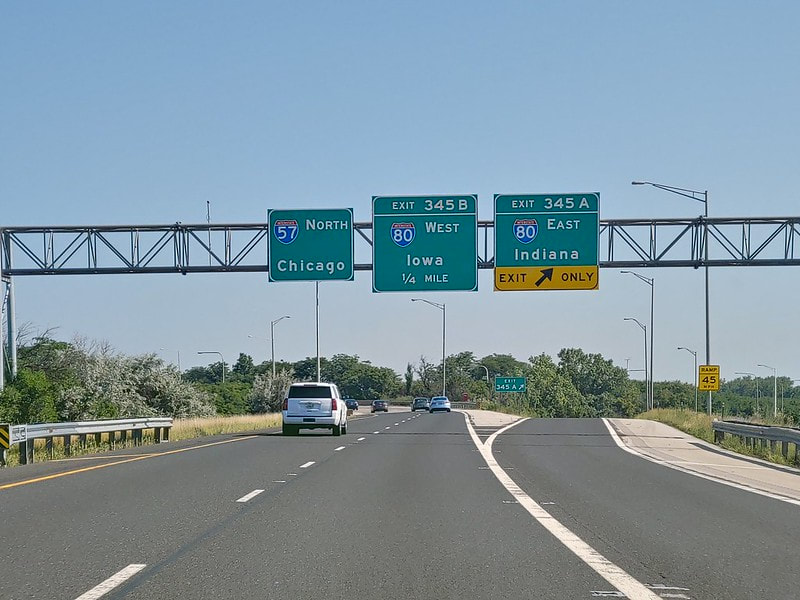 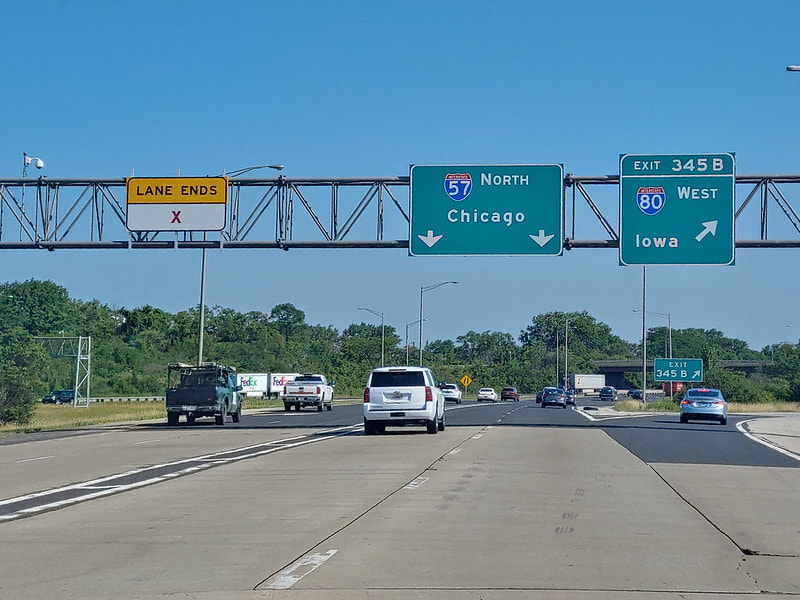 Exit 346 is to a collector-distributor lane that splits into a pair of cloverleaf ramps to 167th Street: 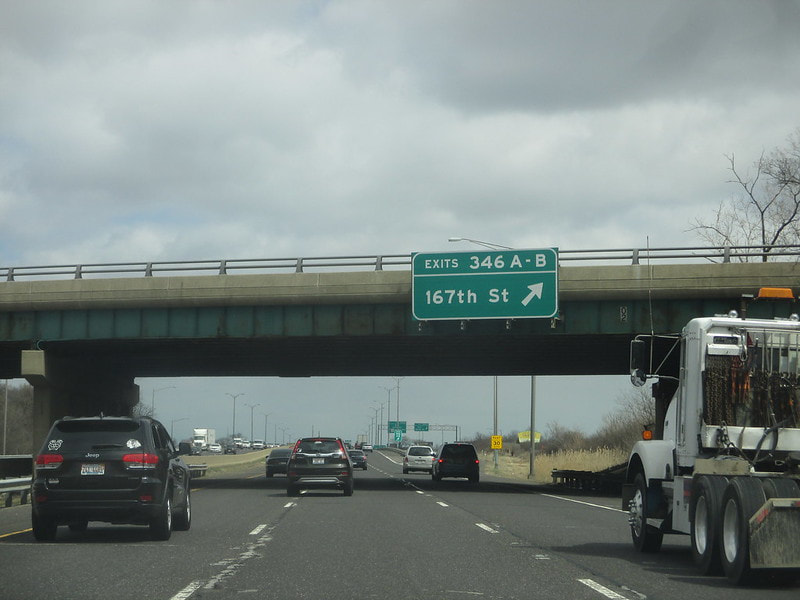 Exit 348 is to a collector-distributor lane that splits into a pair of cloverleaf ramps to US Route 6/159th Street: 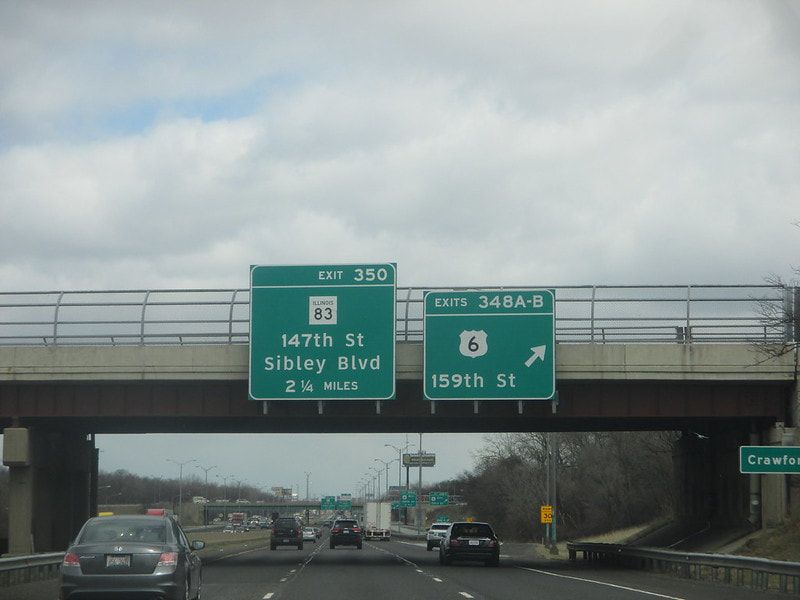 Exit 349 allows only northbound traffic on Interstate 57 to transfer onto Interstate 294 northbound toward Wisconsin, and the reverse movement is provided as well (but more ramps are being added to this crossing): 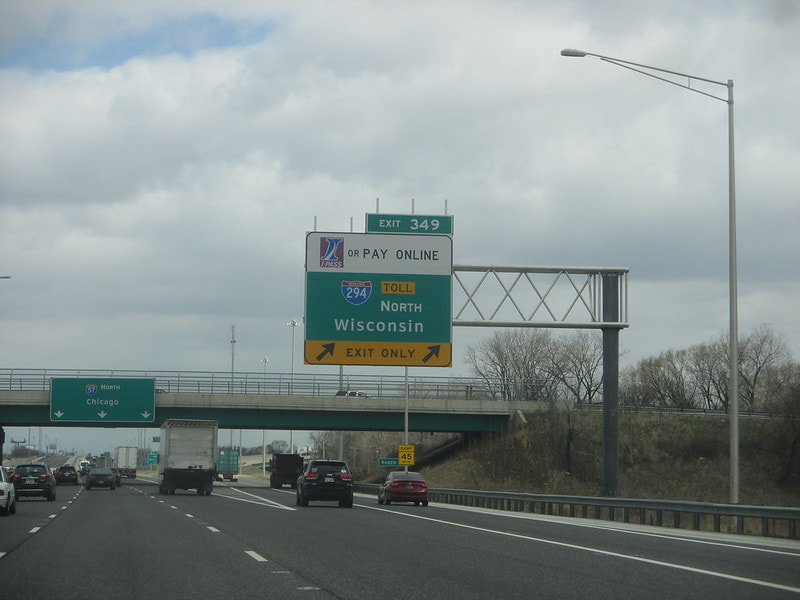 Exit 350 is a diamond interchange to Illinois 83, known as Sibley Blvd.: 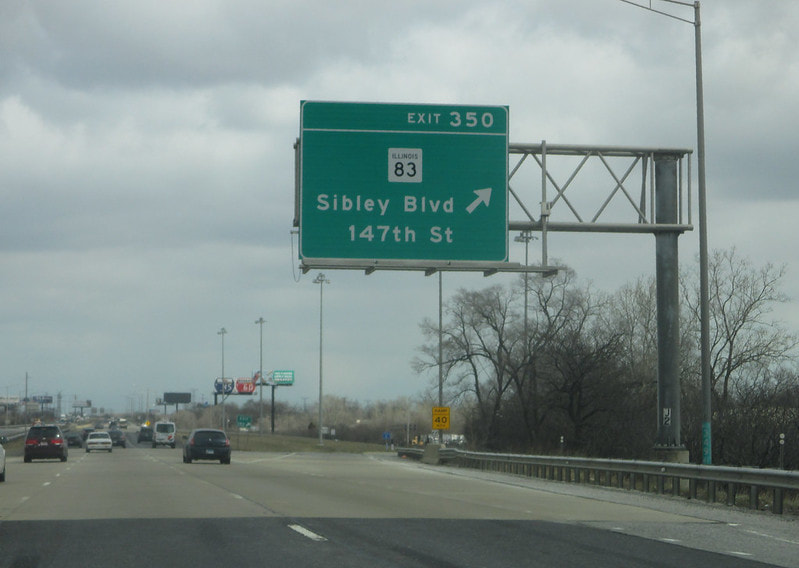 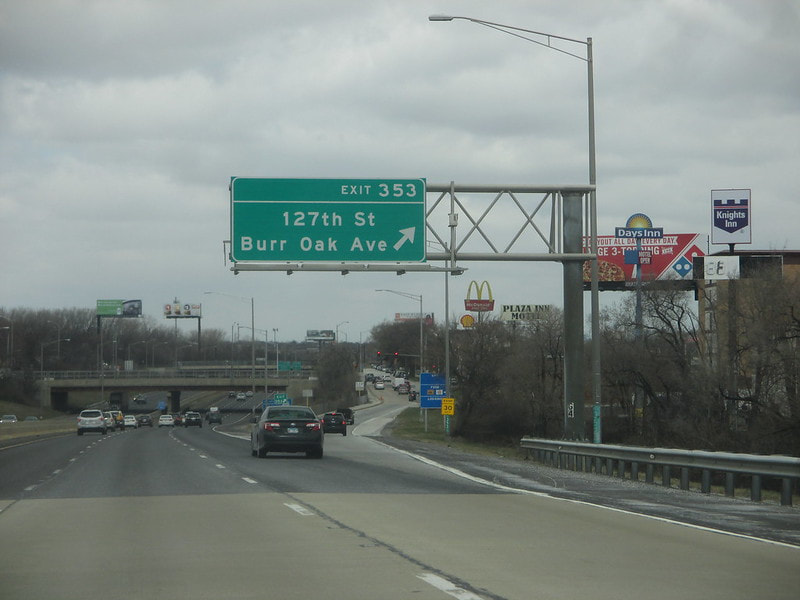 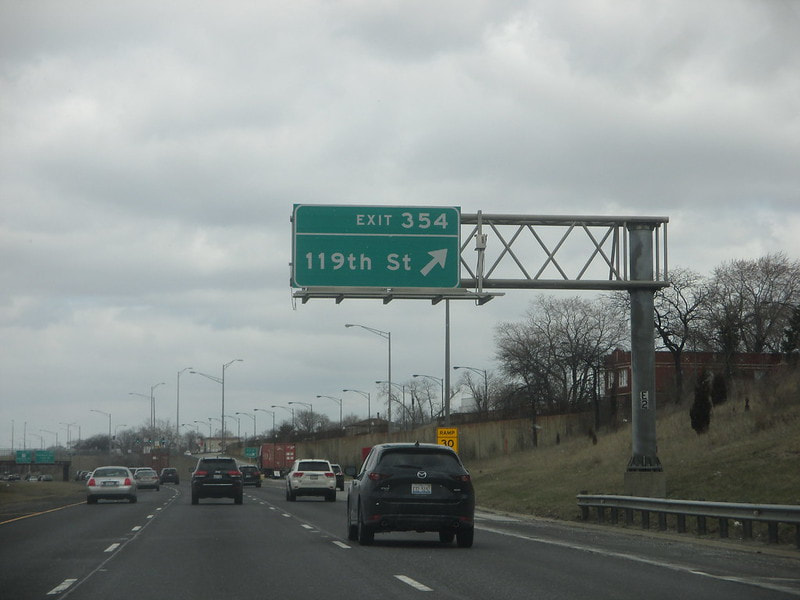 Exit 355 is squarely within the Chicago city limits, and it leads to Monterey Avenue and 111th Street: 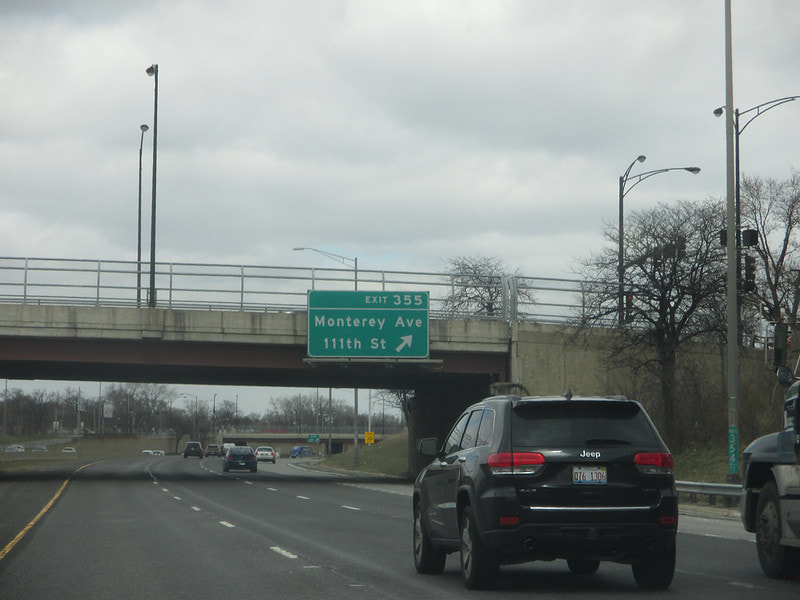 Exit 357 is where Interstate 57 bends to the east, crossing Illinois 1 and Halsted Street with exit 357 providing connectivity: 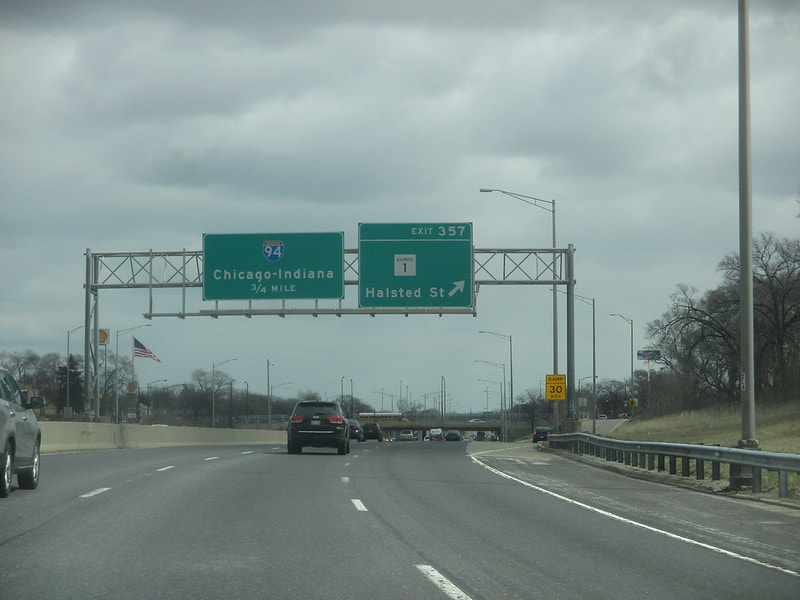 The final unnumbered exit (I am unofficially labeling it "exit 358"), where Interstate 57 ends, is the split into ramps to Interstate 94 north and Interstate 94 south: 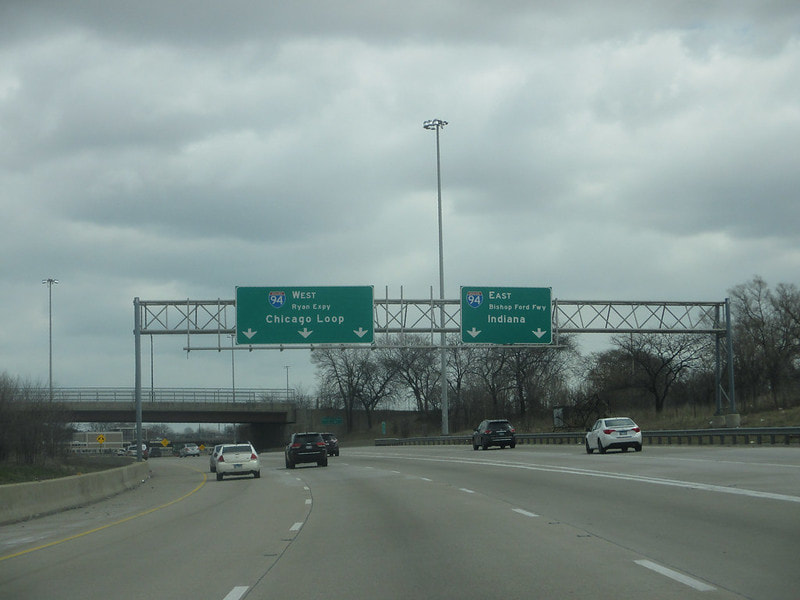 Interstate 57 ends at this junction with Interstate 94, and the end marker sits on the carriageway leading toward Interstate 94 northbound: 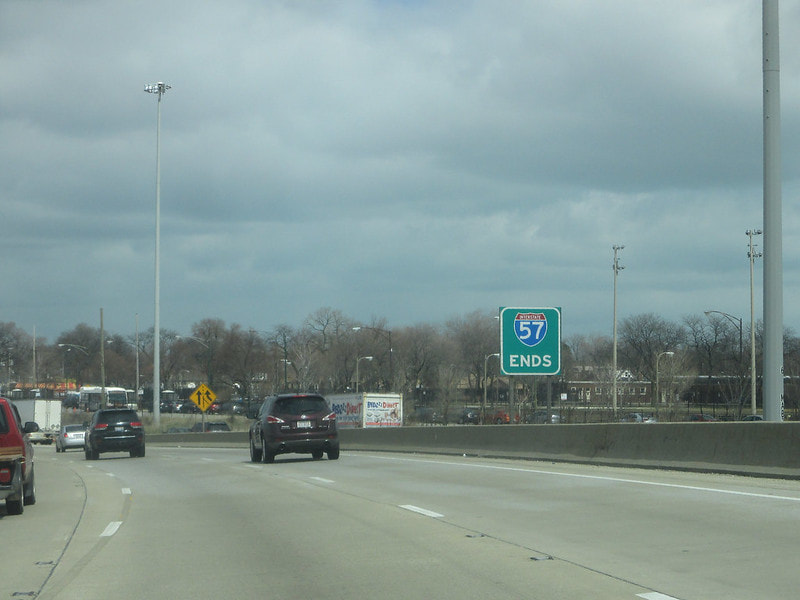 Back to the Interstate 57 main page.