PAUL ACROSS AMERICA
US Route 141 is a more direct alternative to US Route 41, running north-south in northeastern Wisconsin and in Michigan's Upper Peninsula.  The southern end is at Interstate 43 on the south side of Green Bay, Wisconsin (technically closer to the town of Bellevue).  From there, US Route 141 heads north as a surface road through the heart of Green Bay, and then it joins US Route 41 north as a freeway leading north out of the Green Bay area.  About ten miles north of Green Bay, US Route 41 bends easterly toward Oconto, Wisconsin, leaving US Route 141 to continue north as a surface road.  US Route 141 crosses into Michigan to reach Iron Mountain and join US Route 2 west, but then it enters Wisconsin again briefly before committing to a path deep into Michigan.  US Route 141's northern end is near the tiny town of Covington, at US Route 41.  US Route 41 makes a major detour east, forming a backward "C" shape on a map that reaches Menominee, Escanaba, and Marquette, in Michigan.  US Route 141 provides a more direct north-south alternative to that elaborate detour taken by US Route 41.  US Route 141 used to continue farther south, following the western shore of Lake Michigan from Green Bay to Milwaukee.  That segment was later deleted, as it was supplanted by Interstate 43. 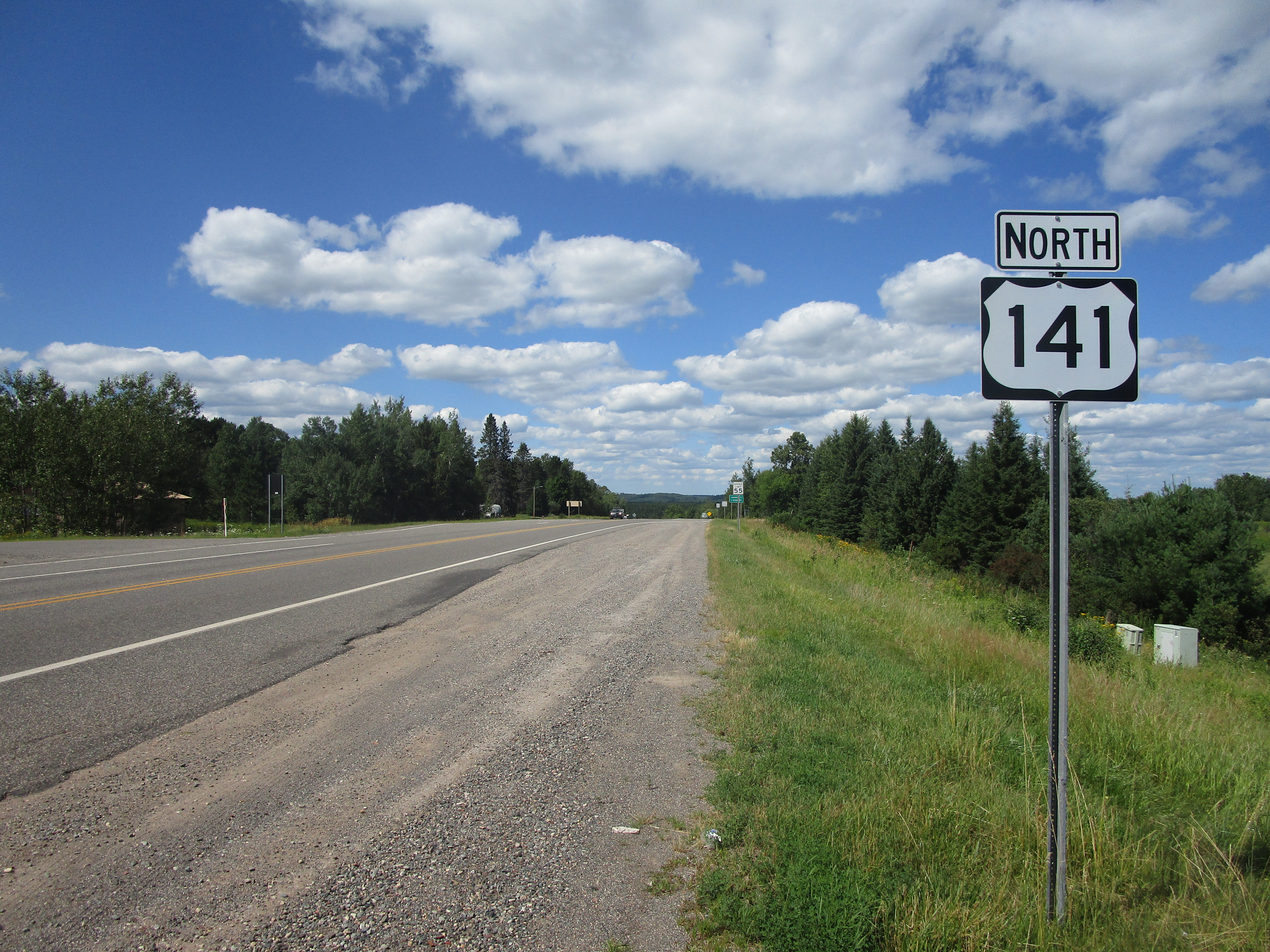 My photo for US Route 141 shows the reassurance marker at the route's northern split with US Route 2, in Crystal Falls, Michigan. US Route 2 and US Route 141 share a duplex, whose northern end is in Crystal Falls, at the junction where I took this photo. The signage in the photo shows the northbound travelers that they made the right choice to say on US Route 141 northbound.  This photo was taken on a trip to northern Michigan at the end of July, 2022. (I said I would replace my original photo with a better one, and I did!)