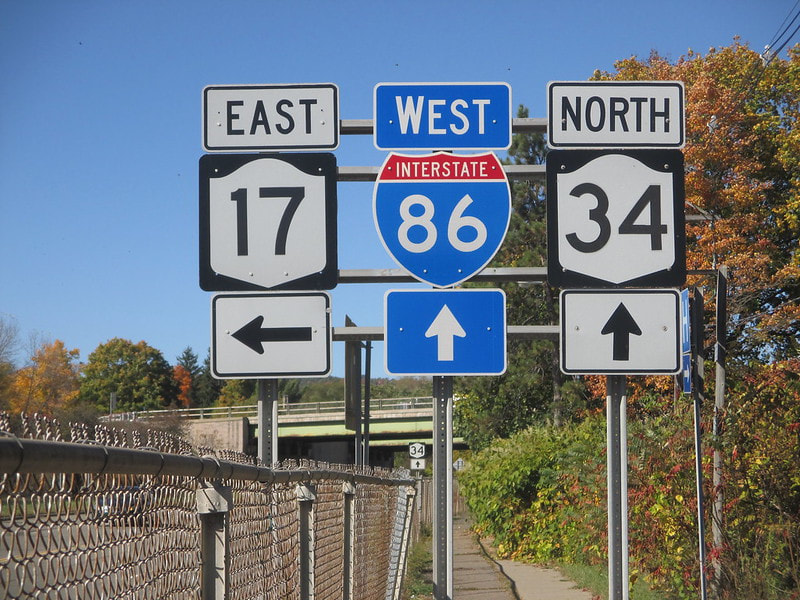 My photo of an Interstate 86 marker, marking the eastern segment of Interstate 86, comes from a point on the border between Sayre, Pennsylvania, and Waverly, New York.  This point on the state border is where Pennsylvania Route 199 becomes New York Route 34. Interstate 86 comes so close to the southern border of New York here, that the southern ramps of the interchange with New York Route 34 enter Pennsylvania, where they reach what is technically Pennsylvania Route 199.  The signage here faces south, so traffic on Route 199 and Route 34 can find the ramps to Interstate 86 and New York Route 17.  The eastbound onramp to the freeway, part of the fountain interchange occupying the two western quadrants of the junction, sits immediately to the left, as indicated by this south-facing signage. I walked to this sign assembly from a gas station a couple hundred feet to the south, where I made a pit stop on the way home from the Northeast trip of October 2015.
Back to the nationwide main page.
Back to the home page.