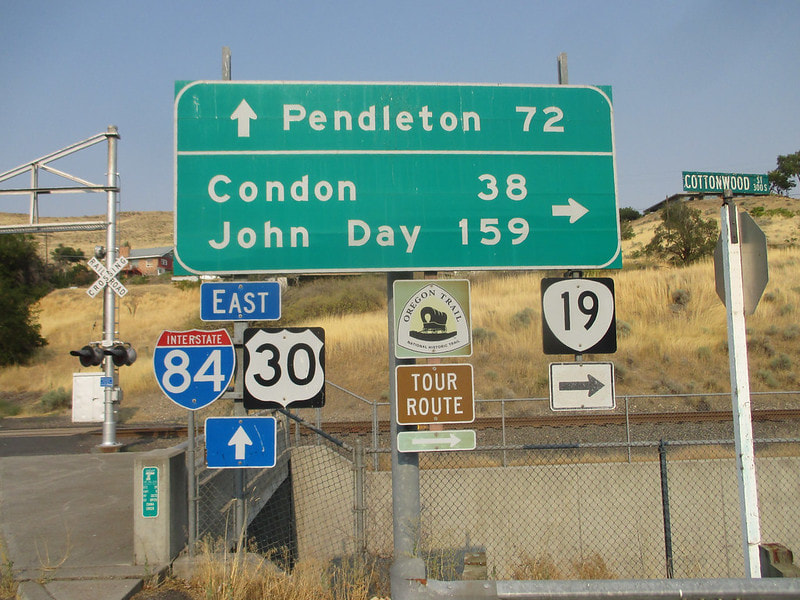 My photo for Interstate 84's western edition comes from Arlington, Oregon.  Access from Interstate 84 to Arlington and Oregon Highway 19 is provided by a pair of nearby partial interchanges; a western one provides access to/from the west, and the eastern one provides access to/from the east. The sign assembly depicted faces west, just short of the eastern partial interchange.  Eastbound traffic on the side road knows, by looking at this sign, that Oregon Highway 19 starts off going to the south from here, whereas continuing straight eastward will put them on an onramp to Interstate 84 eastbound.  Interstate 84 also carries US Route 30 along the relevant stretch here passing Arlington, like it does through most of its time in Oregon.  The photo was taken along the drive to the Pacific Ocean at Astoria, Oregon, in August, 2018.
Back to the nationwide main page.
Back to the home page.