Illinois Route 4 runs mostly north-south in central and southwestern Illinois.  Its northern end is in Springfield, and it heads south along a former alignment of US Route 66 until northeast of St. Louis; then it heads south through some far exurban outskirts of the Metro-East before curving southeasterly to end north of Murphysboro.  It connects a long list of decently-sized small towns together.

Illinois 4's intersections will be listed from southeast to northwest, since that's the orientation I was facing as I drove it.  Side note: how fitting that I drove Illinois Route numbered "4" in the month numbered "4".  You can tell I did my clinch of this route in April by the flowering trees like those in the cover photo above!

Illinois 4 gets its start heading west from the duplex of Illinois 13 and Illinois 127, about five miles north of Murphysboro: 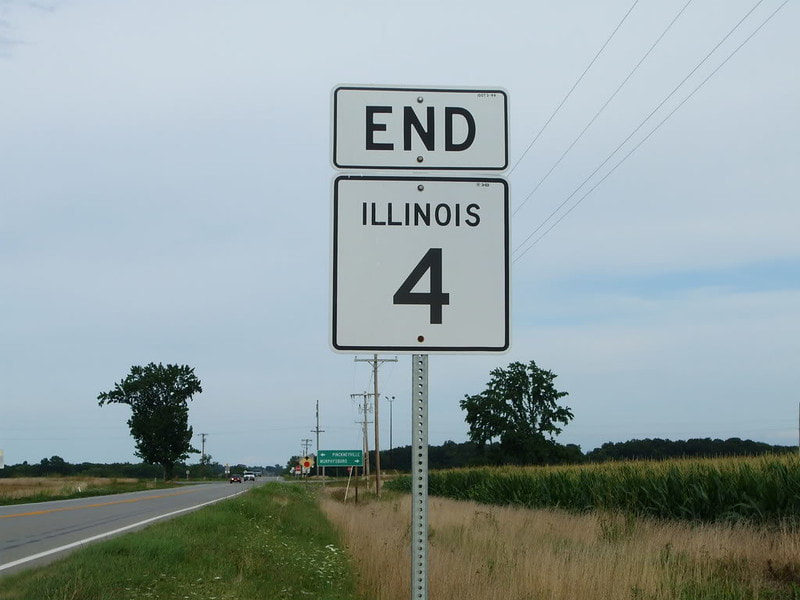 Illinois 4 heads west, turning northwesterly in the small town of Ava, where it meets the northern end of Illinois 151:
Between Percy and Cutler, Illinois 4 joins Illinois 150 into Percy: 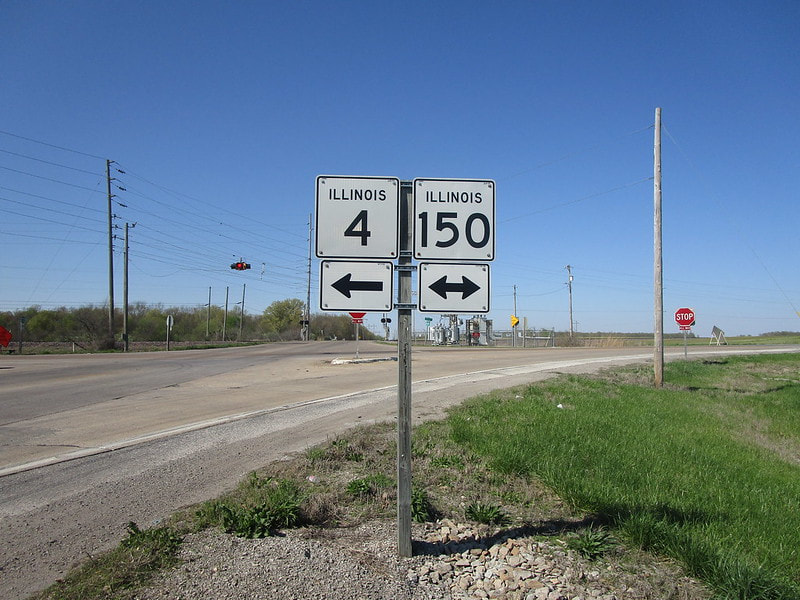 After spending about five miles on Illinois 150, Illinois 4 turns northerly off of that route: 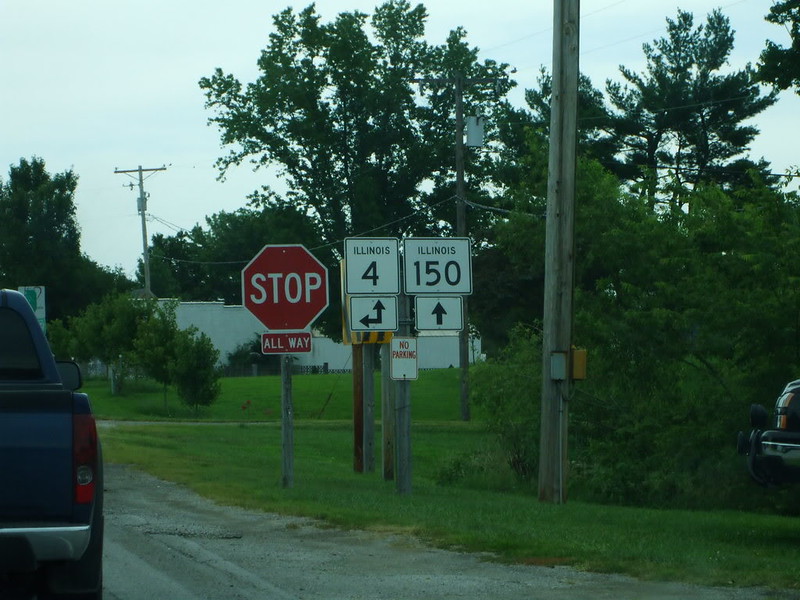 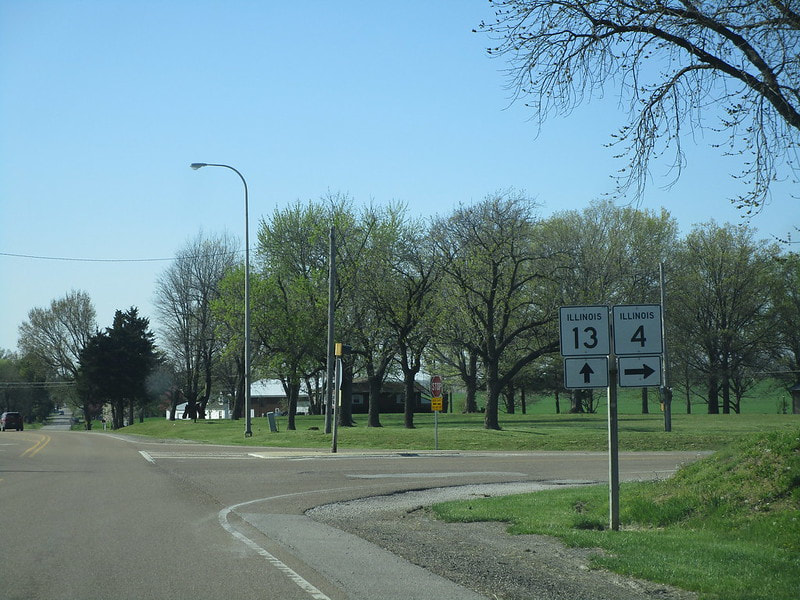 Illinois 4 joins another route west at St. Libory; this time, it's Illinois 15: 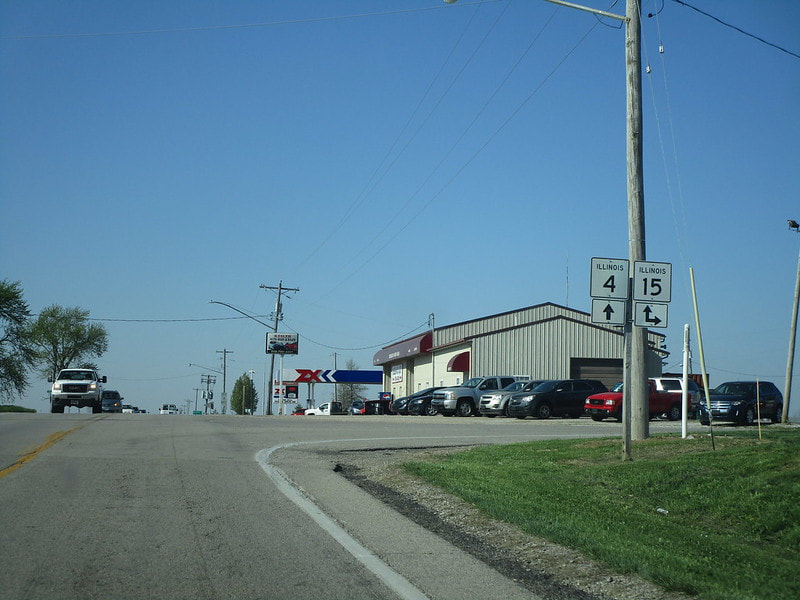 At the tiny town of Fayetteville, Illinois 4 splits from Illinois 15 to resume going northward: 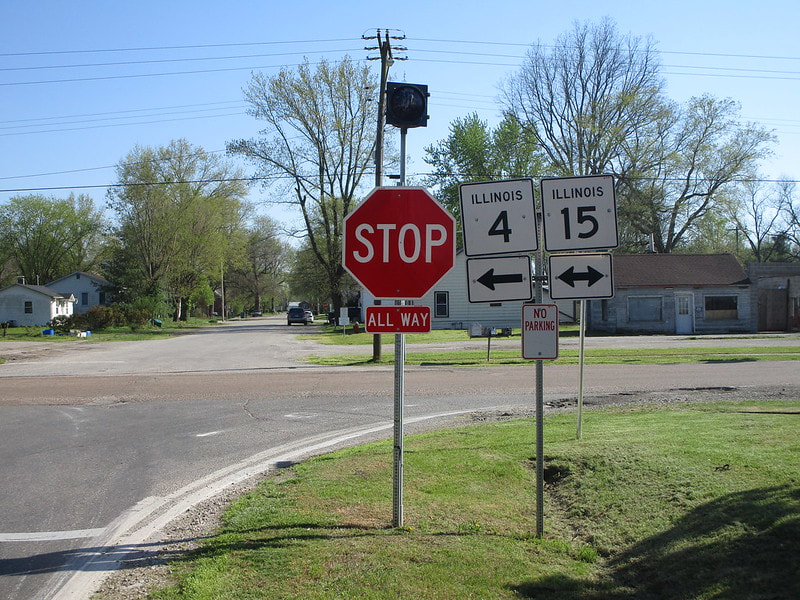 At the central crossroads of Mascoutah, Illinois 4 crosses Illinois 177: 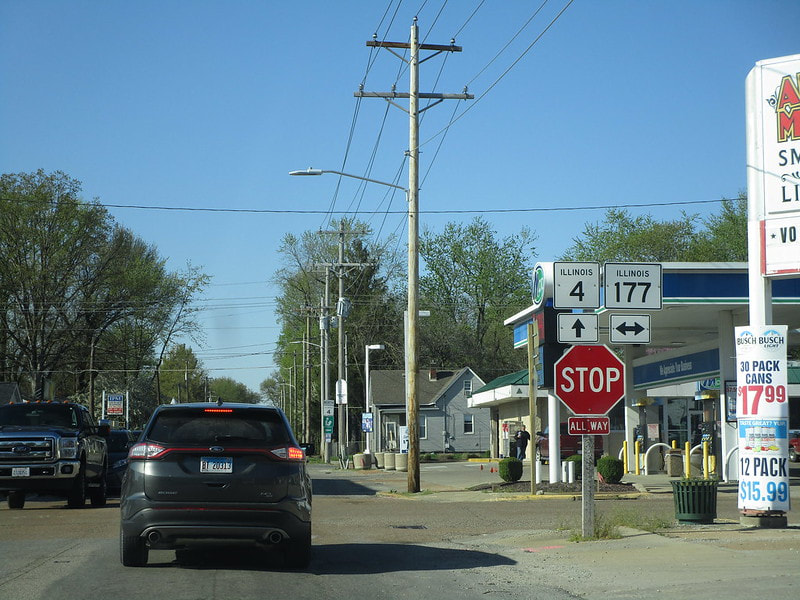 On the north side of Mascoutah, Illinois 4 crosses Illinois 161: 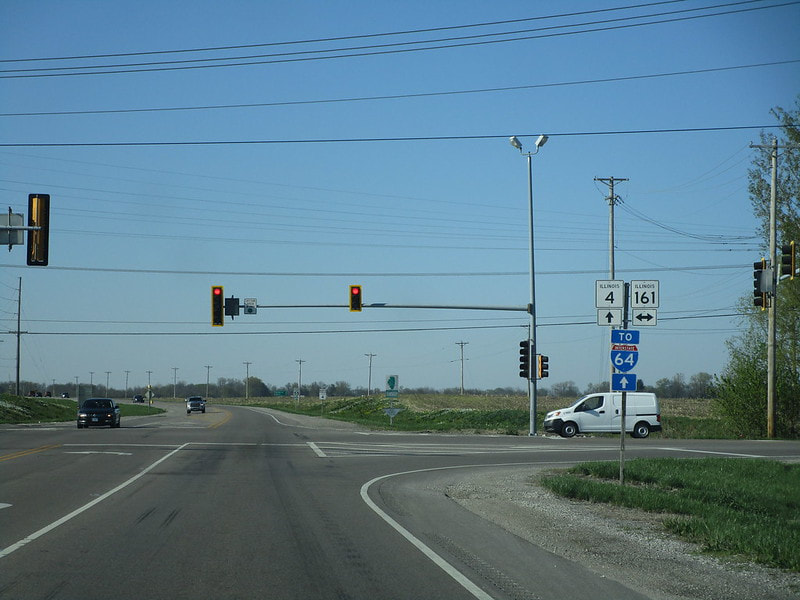 On the east side of Scott Air Force Base, Illinois 4 meets an interchange with Interstate 64: 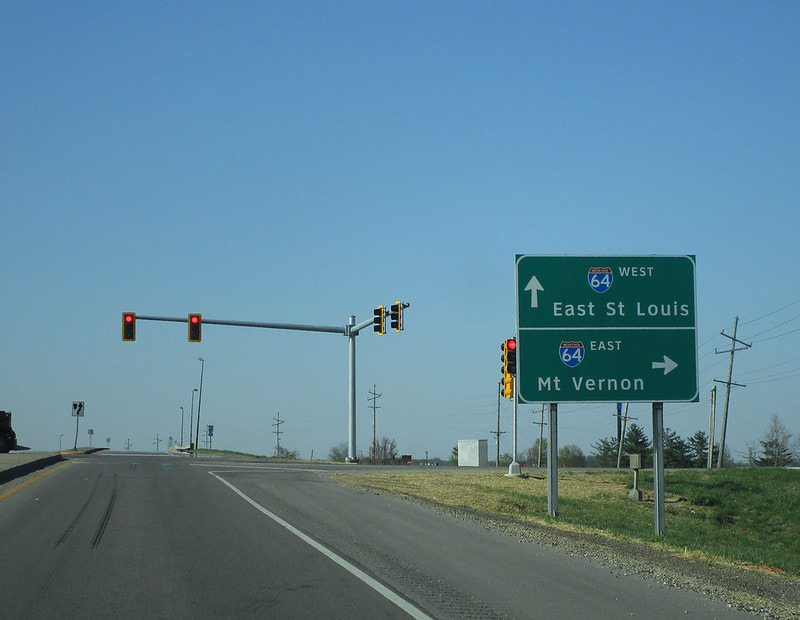 US Route 50 comes from the west to join Illinois 4 north into Lebanon: 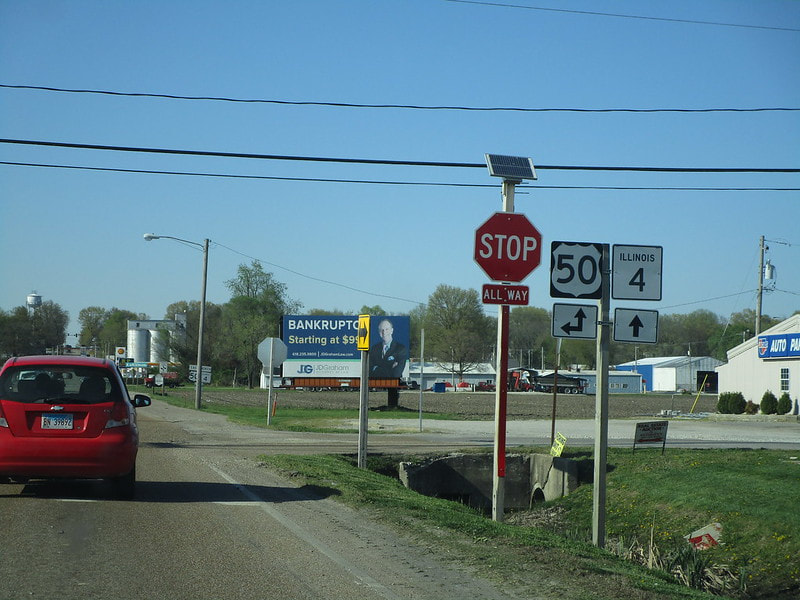 In the heart of Lebanon, Illinois, Illinois 4 sends US Route 50 to continue eastward on its own: 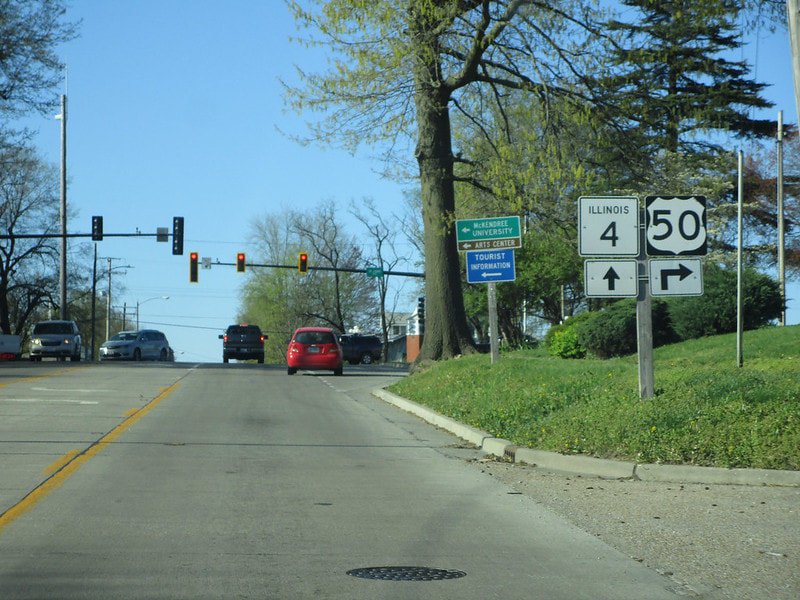 Near St. Jacob, Illinois 4 passes over US Route 40 on an overpass, but a small connector in the northeast quadrant provides access: 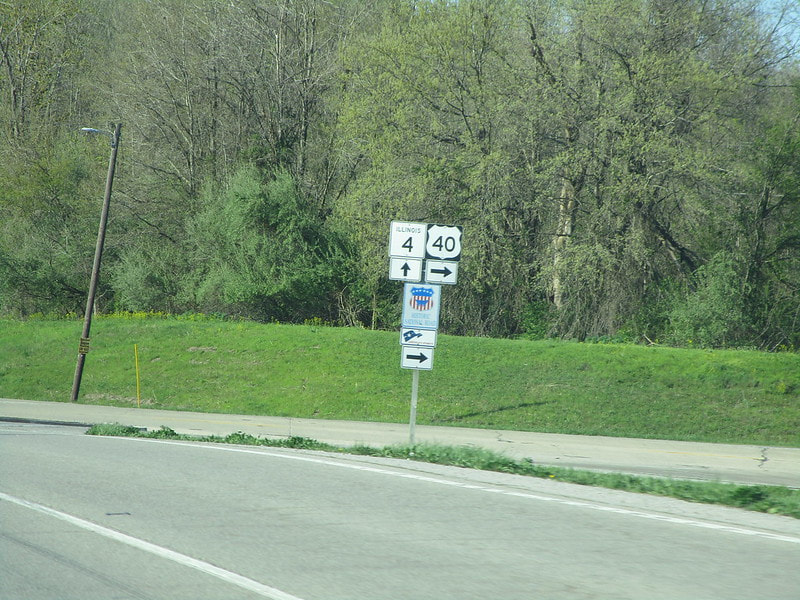 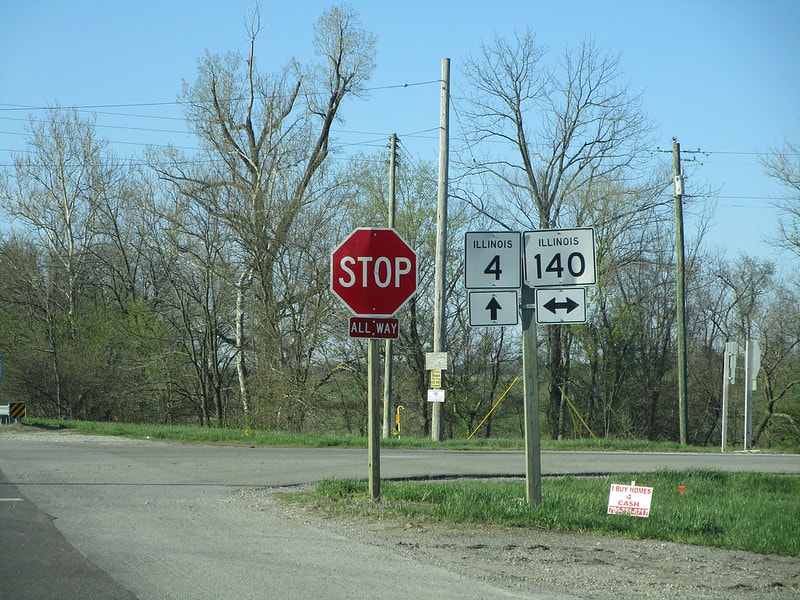 Illinois 4 is heading due north here, and Interstate 55 crosses from southwest to northeast with an interchange:
At Benld (pronounced "Ben-ulled"), a town name with too many consonants, Illinois 138 joins from the east for a short spell, and Illinois Routes 4 and 138 have a short concurrency together: 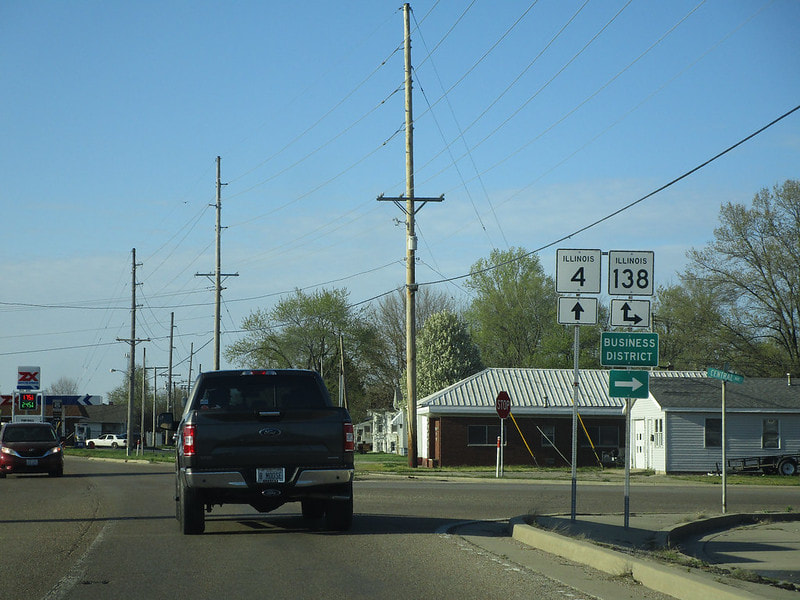 By Mount Clare, Illinois 138 splits from Illinois 4 to continue westward: 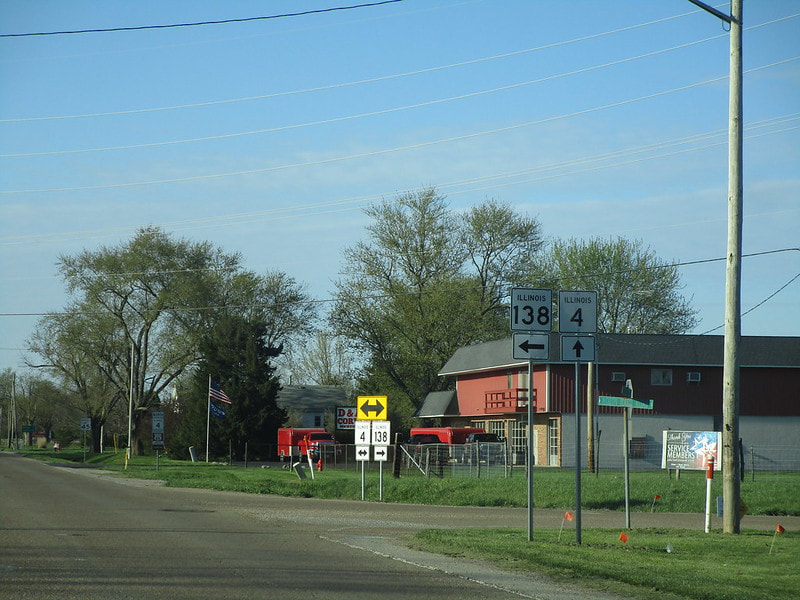 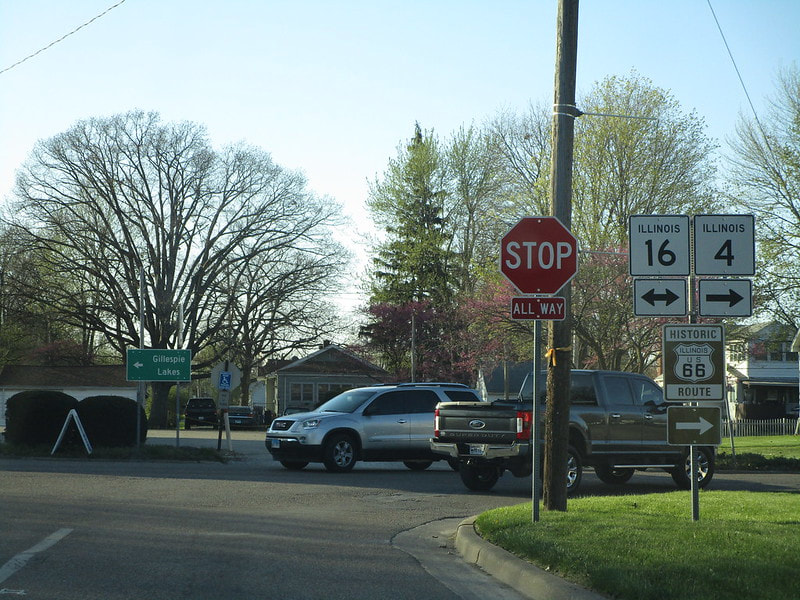 After spending five blocks together, Illinois 4 splits from Illinois 16 to resume going north toward Springfield: 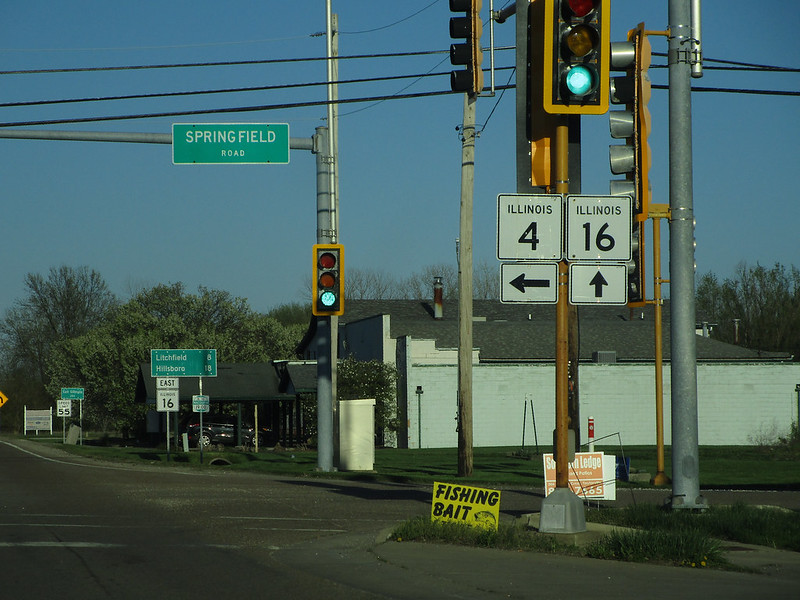 As Illinois 4 gets into Carlinville, it joins Illinois 108 west: 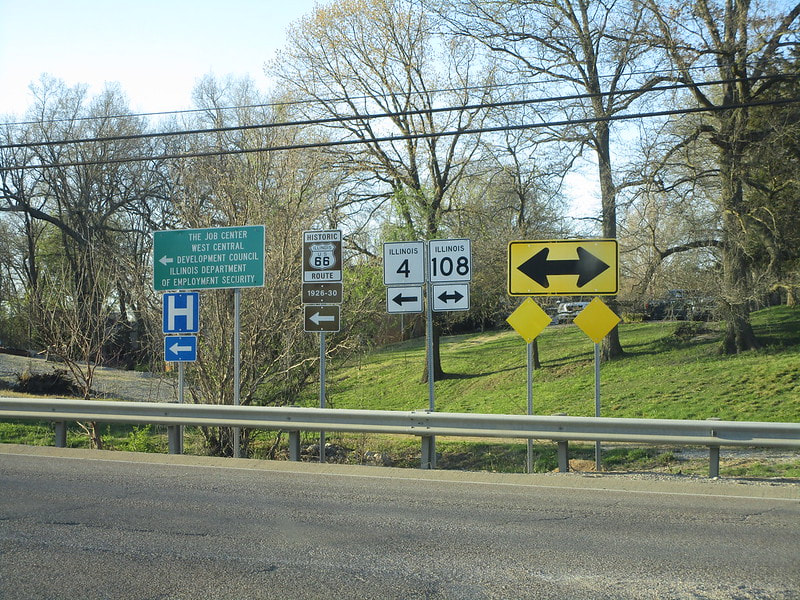 At Carlinville's central town square, which functions as a roundabout, Illinois 108 splits from Illinois 4...
In Auburn, Illinois 4 crosses Illinois 104: 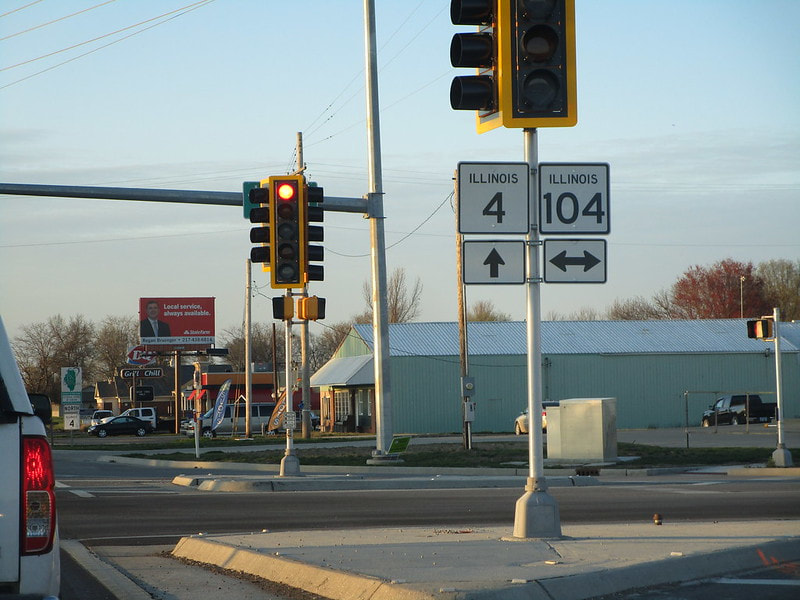 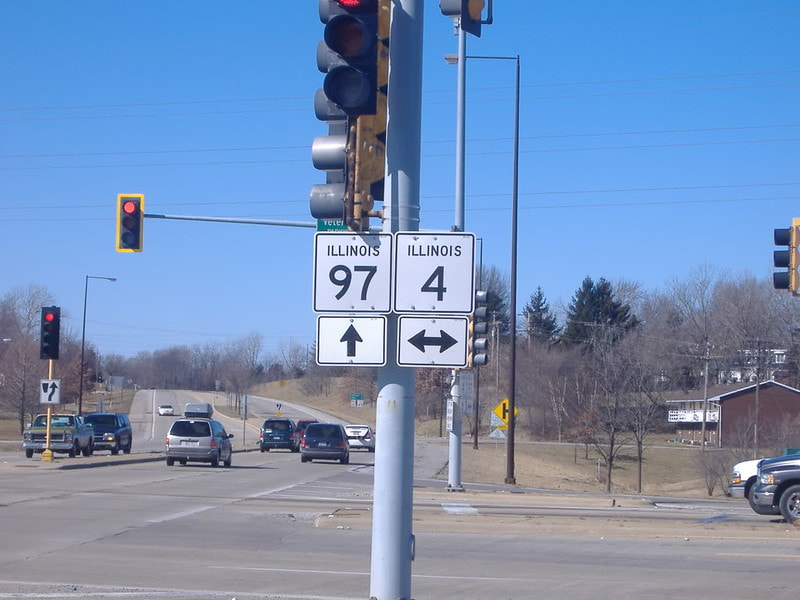 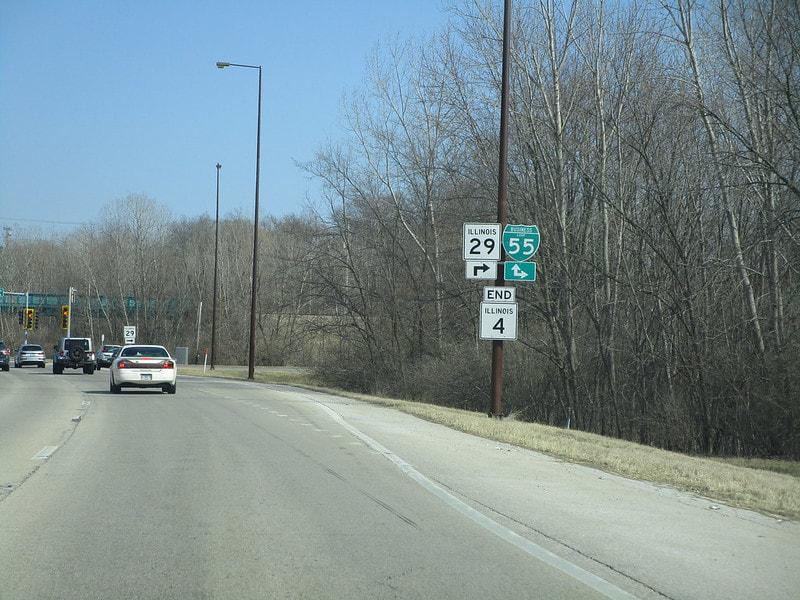