Illinois Route 113 is an east-west route in Grundy and southwestern Will Counties, becoming a northwest-southeast route running along the south side of the Kankakee River once it approaches and enters Kankakee County.  It ends at Illinois 17 on the west side of Kankakee.  Inexplicably, it is signed as a north-south route for much of its length, apparently because IDOT (again, inexplicably) looks at it as a north-south alignment.

The western end (that's right, IDOT; I said "WESTERN") is at Illinois 47 south of Morris: 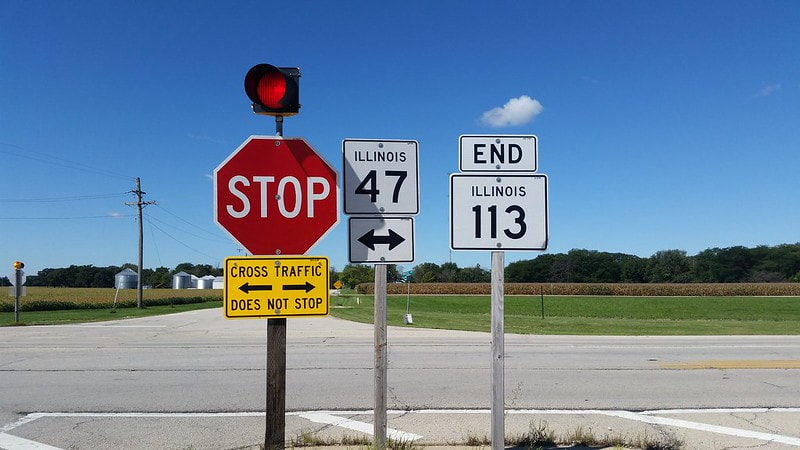 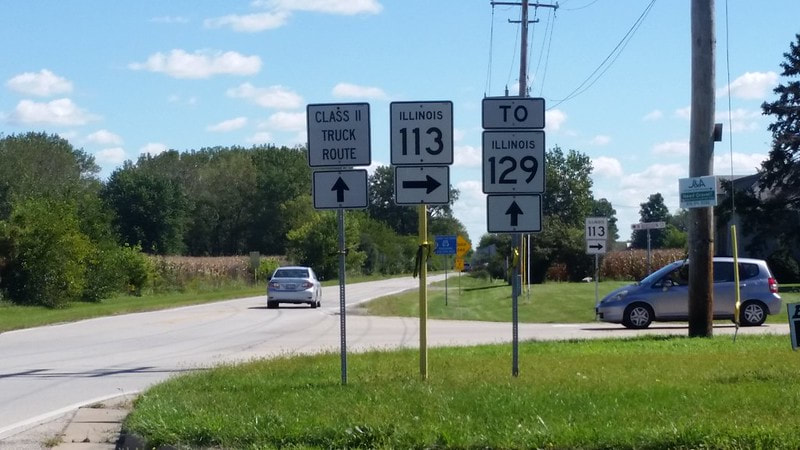 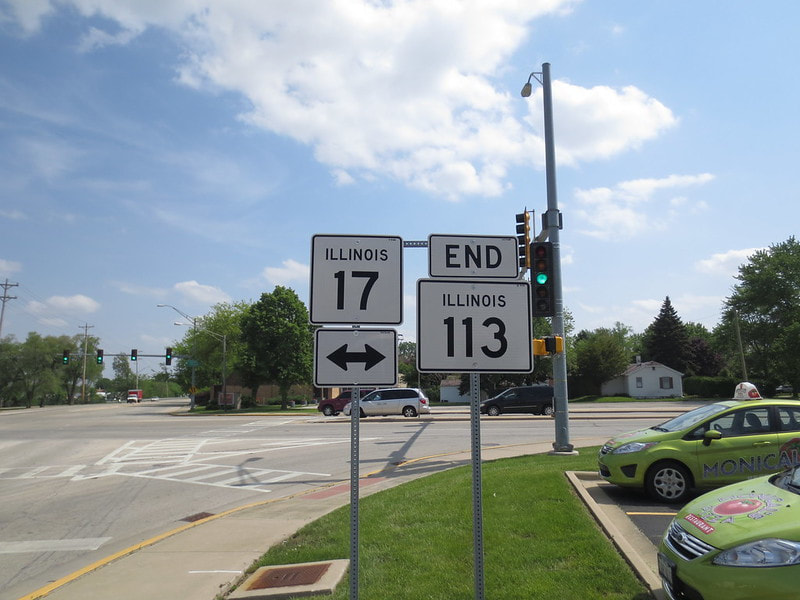