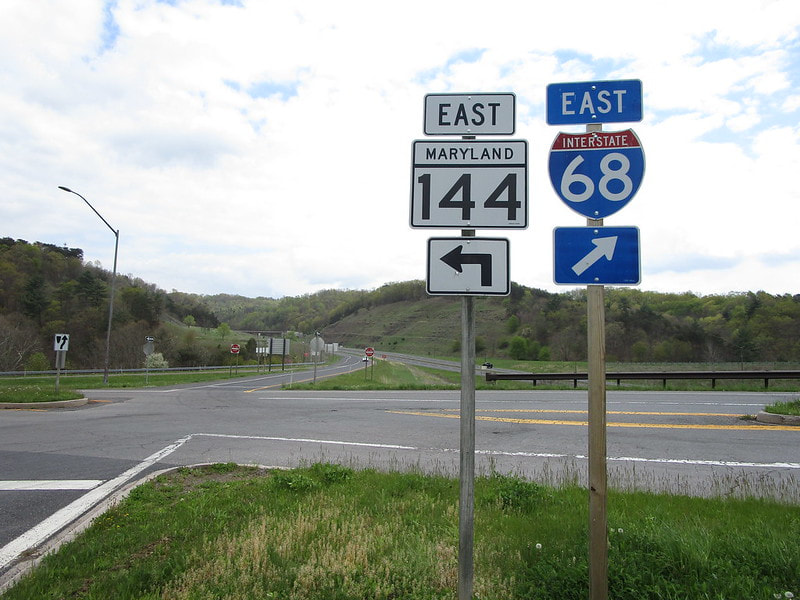 My photo of an Interstate 68 marker comes from an assortment of ramps connecting Interstate 68 to US Route 220 and Maryland Route 144. The ramp in the background is an offramp from Interstate 68 carrying traffic toward the aperture (exit 47).  The route markers face a segment of roadway that mainly takes traffic west, in the opposite direction as those who would read these signs, to a westbound onramp.  However, a side road extending to the north just west of here needed a connection. The signage shown serves the traffic coming from that side road. This photo was taken along the Virginia trip, in April, 2021.
Back to the nationwide main page.
Back to the home page.