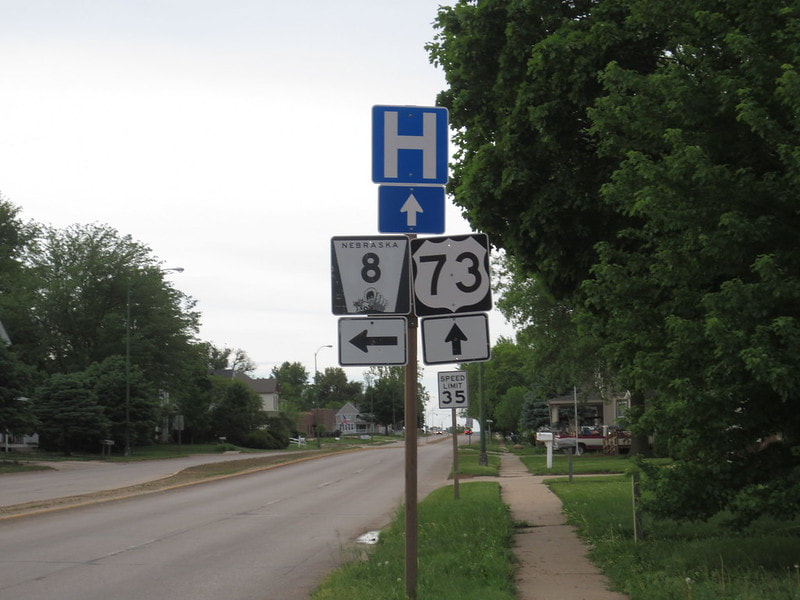 My US Route 73 photo comes from Falls City, Nebraska, the southernmost town in Nebraska traversed by US Route 73. The sign assembly depicted faces south at the junction where US Route 73 meets the eastern end of Nebraska Highway 8.  US Route 159 meets US Route 73 just south of the junction where this photo was taken. Nebraska is noted for using an obnoxiously bold font for their numerals on US route markers, but I was delighted to find this typical-looking one. (If I didn't like any of the US Route signs in Nebraska, I would have just driven a few miles south into Kansas.)  This photo was taken during my first trip devoted to my national route collection, driving around the vicinity of St. Joseph, Missouri in May, 2014.
Back to the nationwide main page.
Back to the home page.