This page covers the portion of Interstate 65 in southern Indiana, from Bartholomew County south to the Kentucky border.  In other words, this page talks about mile markers 0 through 79 in Indiana. For points north of here, in central Indiana, including Indianapolis, click here.

​Exits on this page, as well as on the other Interstate 65 pages are listed from south to north, in accordance with the national mileage numbering convention.

To start things off, here's a photo of the Indiana welcome sign that greets travelers entering the state from the south. Interstate 65 enters Indiana crossing the Ohio River bridge out of Louisville, Kentucky: 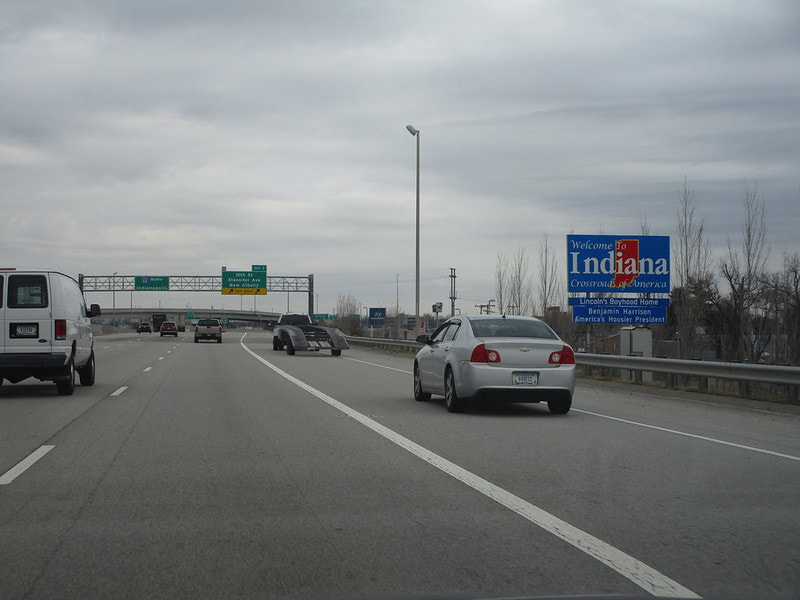 ​The first exit heading northbound comes right off Interstate 65's bridge over the Ohio River, and it's actually numbered "Exit 0". The exit leads to Court Avenue and 6th Street in Jeffersonville: 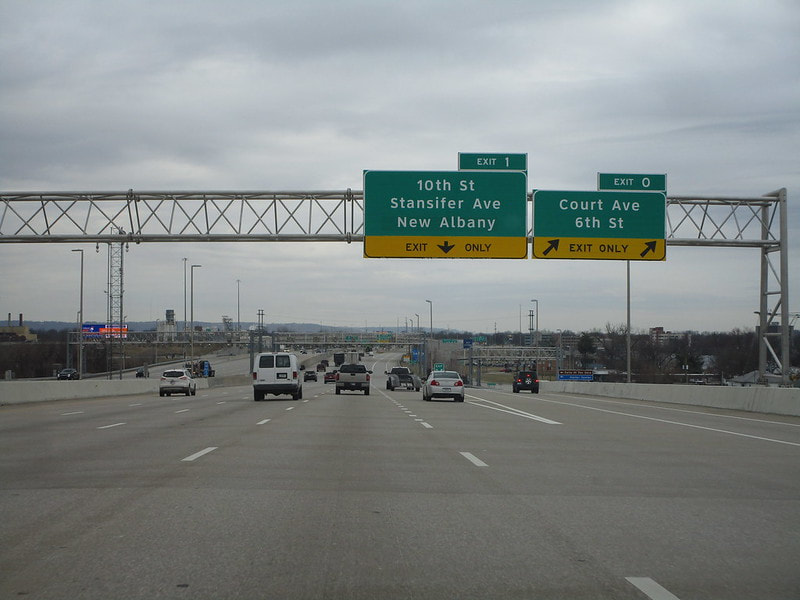 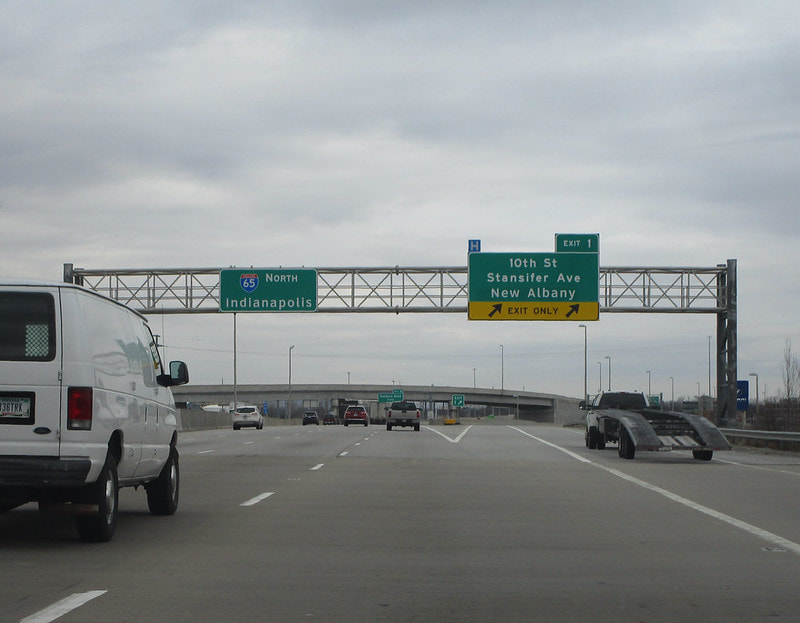 Exit 2 is for Eastern Blvd. in Jeffersonville: 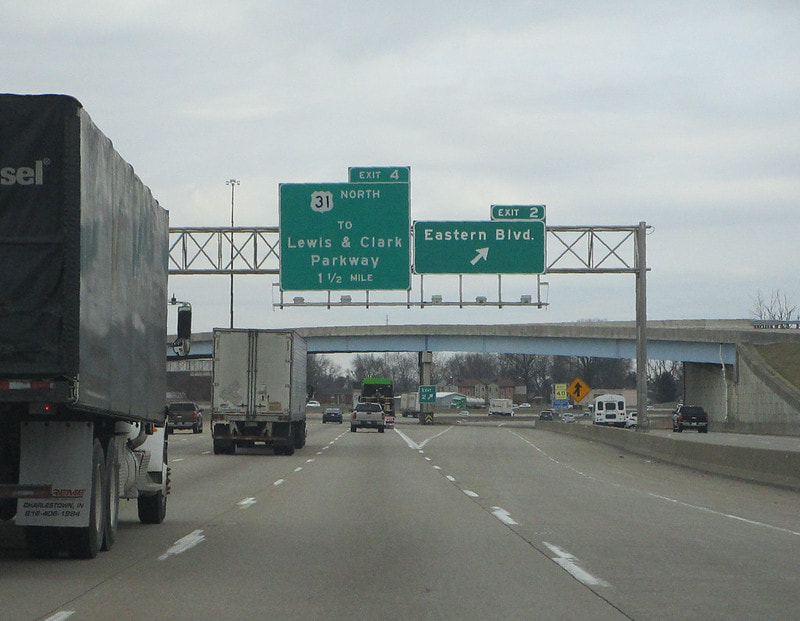 Exit 4 leads to US Route 31 north, plus Lewis & Clark Parkway: 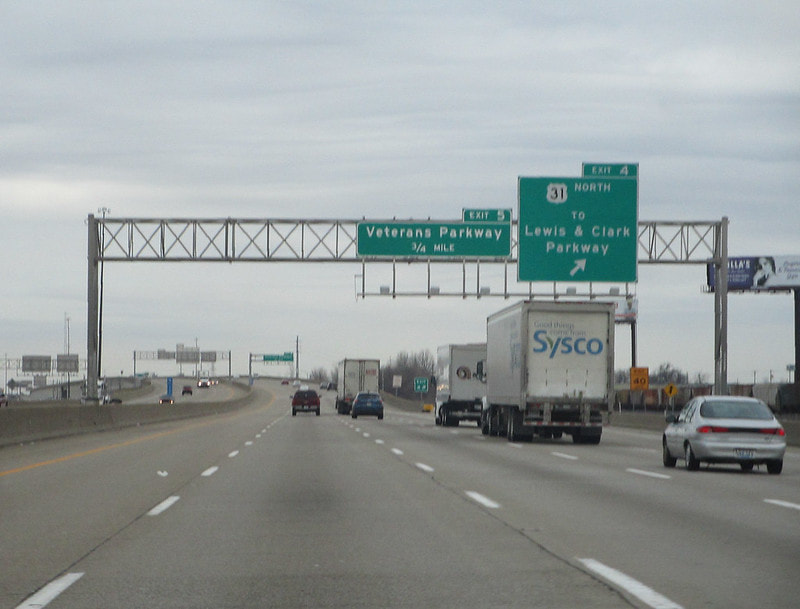 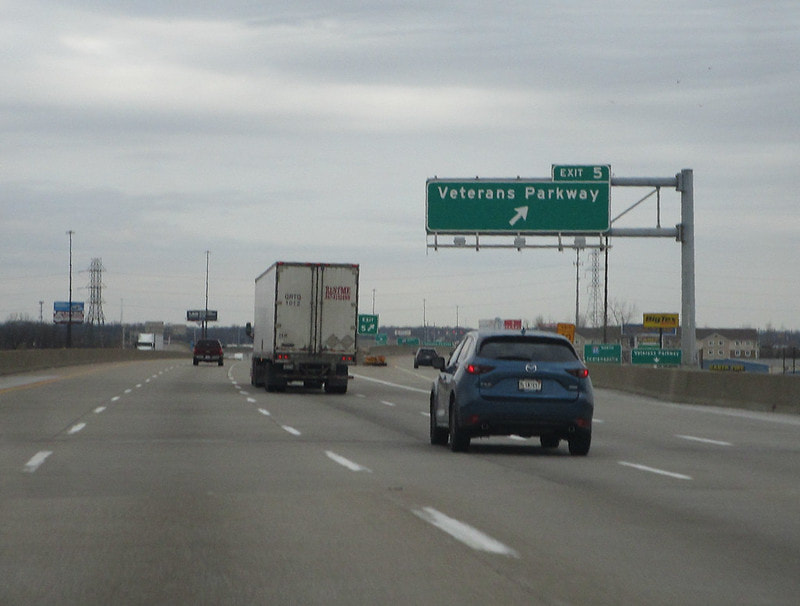 Exit 6A is the first part of an interchange leading to Interstate 265, duplexed with Indiana Route 62; this first ramp leads eastward on Indiana Route 265, which isn't yet signed as an Interstate, toward Jeffersonville: 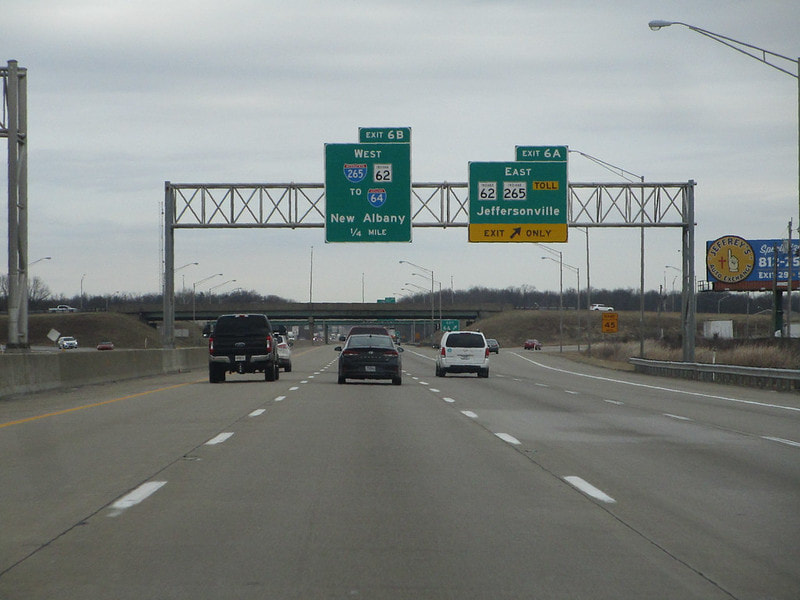 Exit 6B is the latter ramp of the interchange, connecting to Interstate 265 and Indiana Route 62 west toward New Albany: 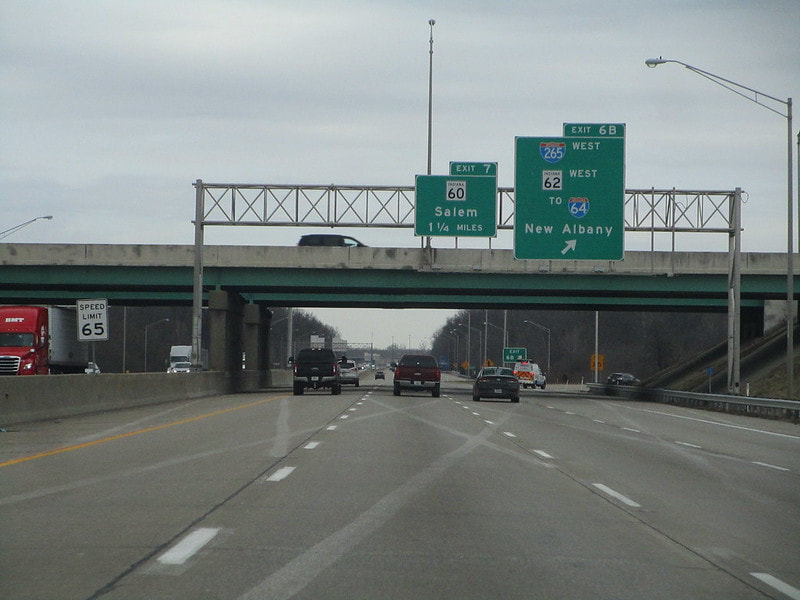 Exit 7 is for Indiana Route 60, which connects to Salem, Indiana: 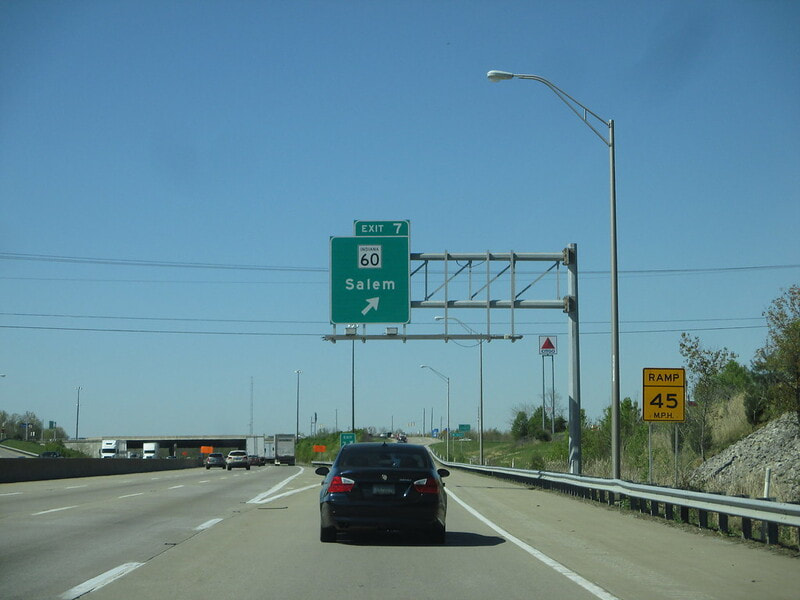 Exit 9 is for the towns of Sellersburg and Speed, linking to a road formerly designated as Indiana Route 311: 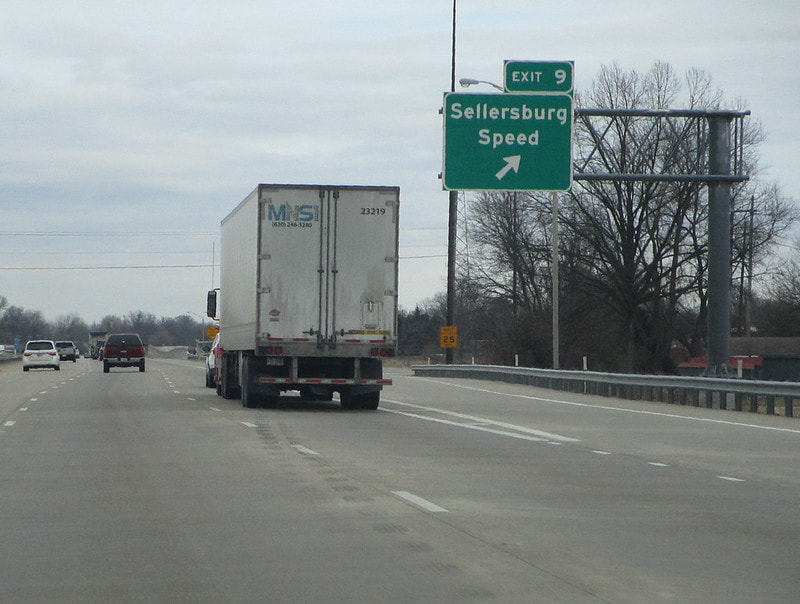 Exit 16 is for Memphis Road, next to the town of Memphis, Indiana: 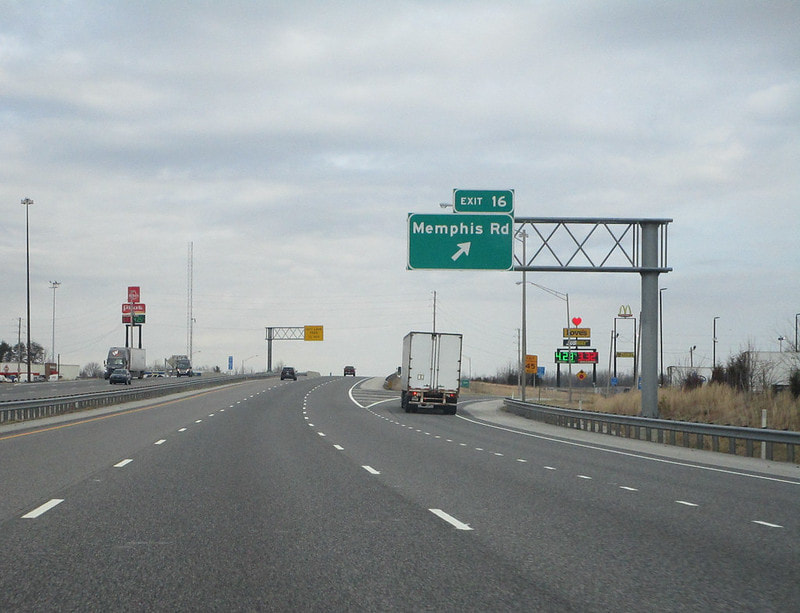 Exit 19 is for Indiana Route 160, connecting to Henryville and Charlestown: 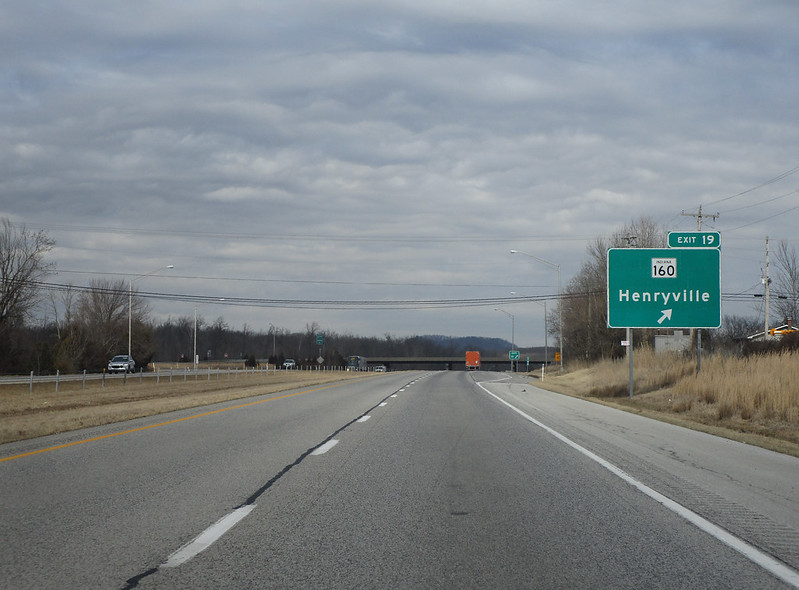 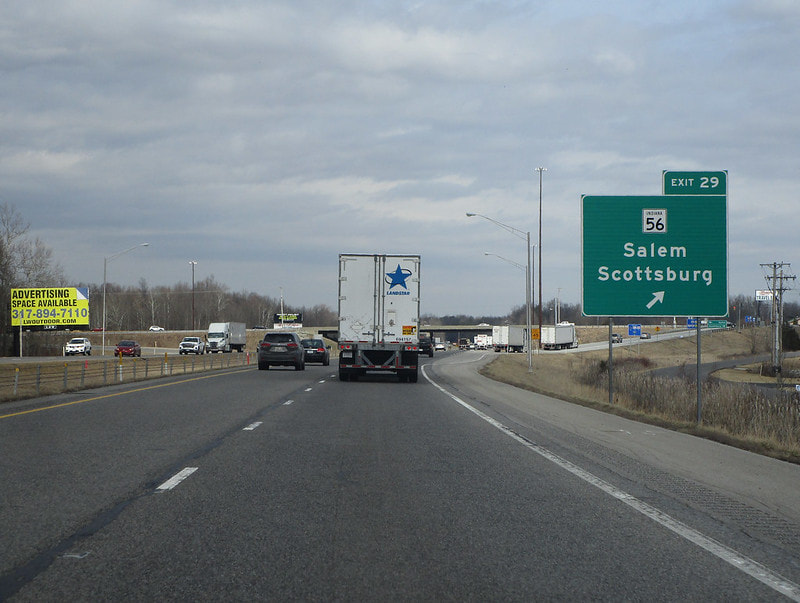 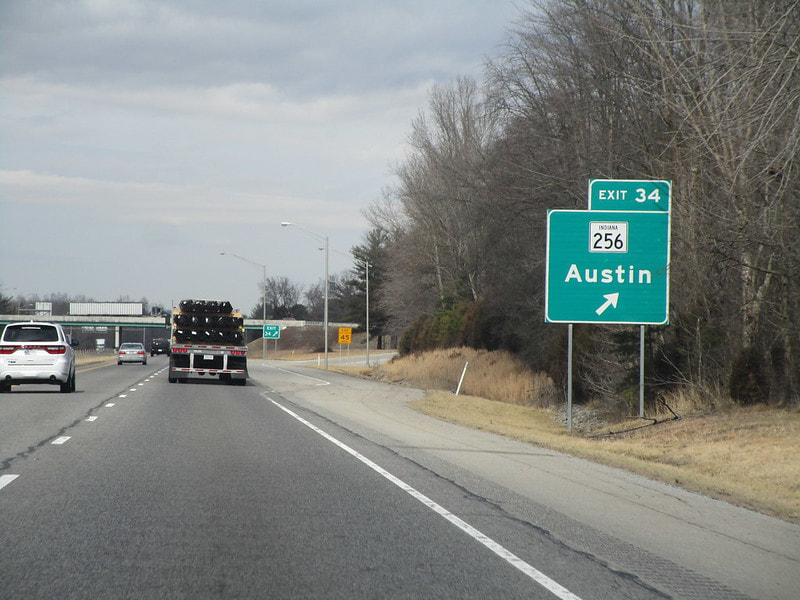 Exit 36 leads to US Route 31, with access to Austin and Crothersville: 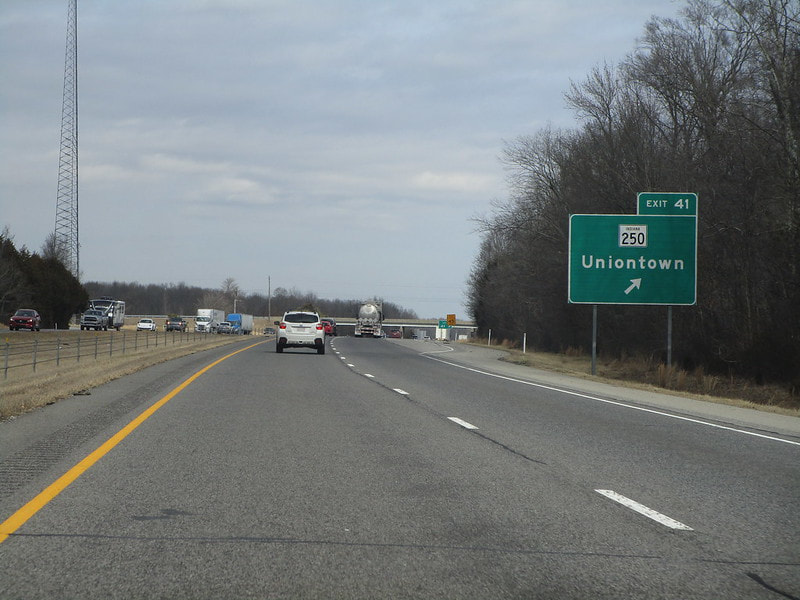 Exit 50A is the first half of a cloverleaf interchange, and this first ramp leads to US Route 50 east toward North Vernon: 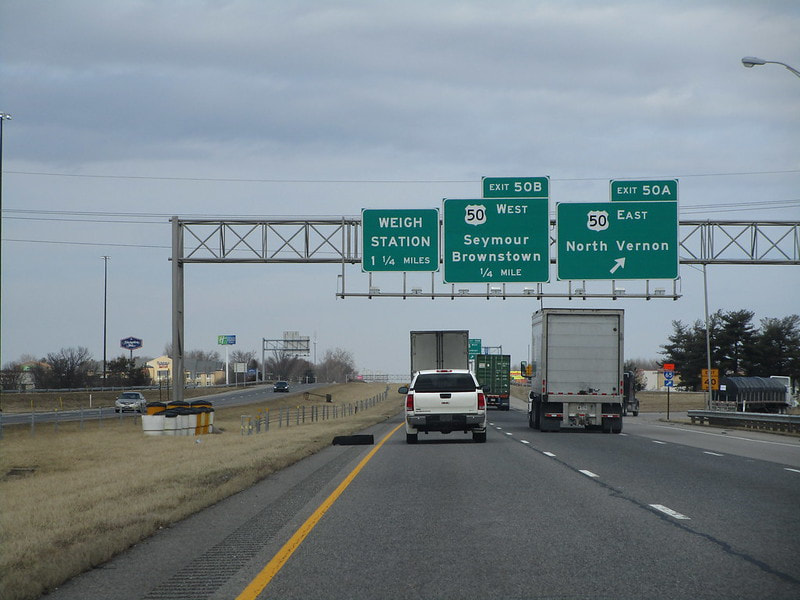 Exit 50B, the latter ramp in the cloverleaf, leads to US Route 50 west toward Seymour and Brownstown: 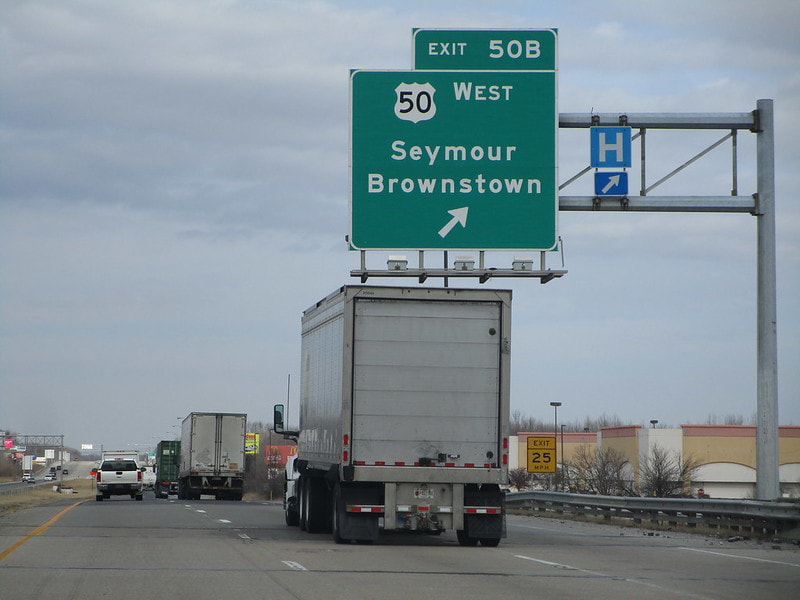 Exit 55 is for Indiana Route 11, providing access to Seymour and Jonesville: 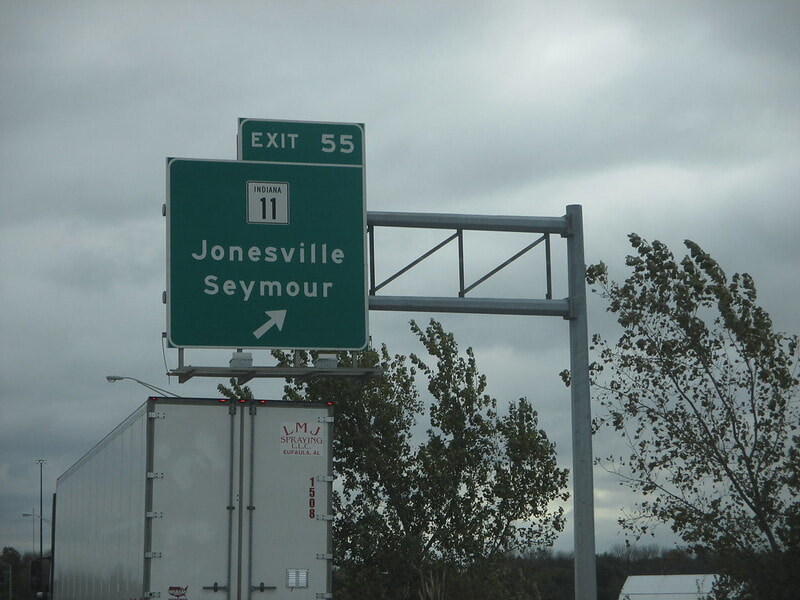 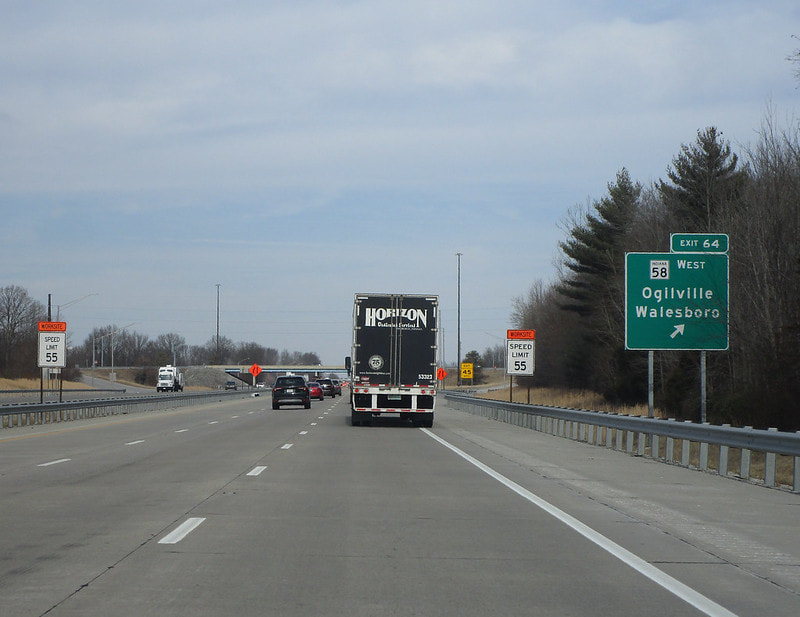 Exit 68 is a single-point interchange to Indiana Route 46, linking to Columbus, Bloomington, and Nashville: 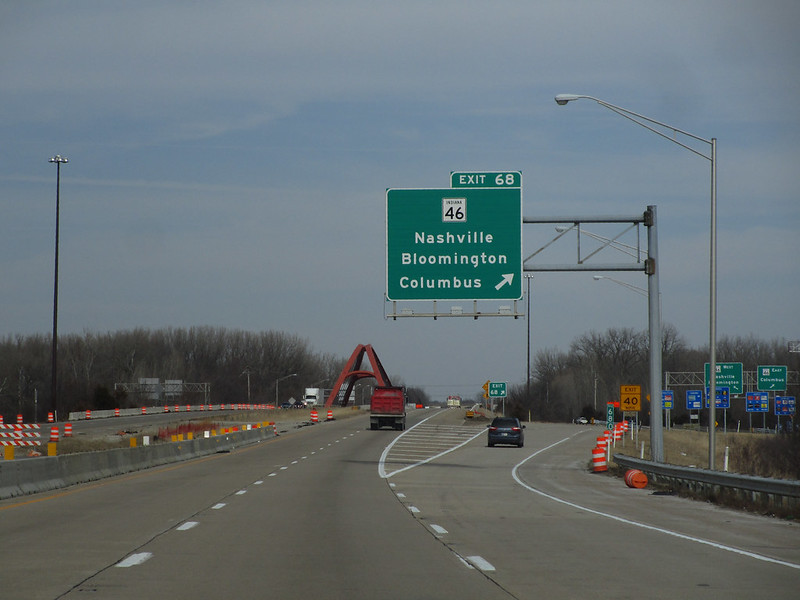 Exit 76A is the first half of a partial cloverleaf interchange with US Route 31; this first ramp leads to US Route 31 south, toward Taylorsville and Columbus: 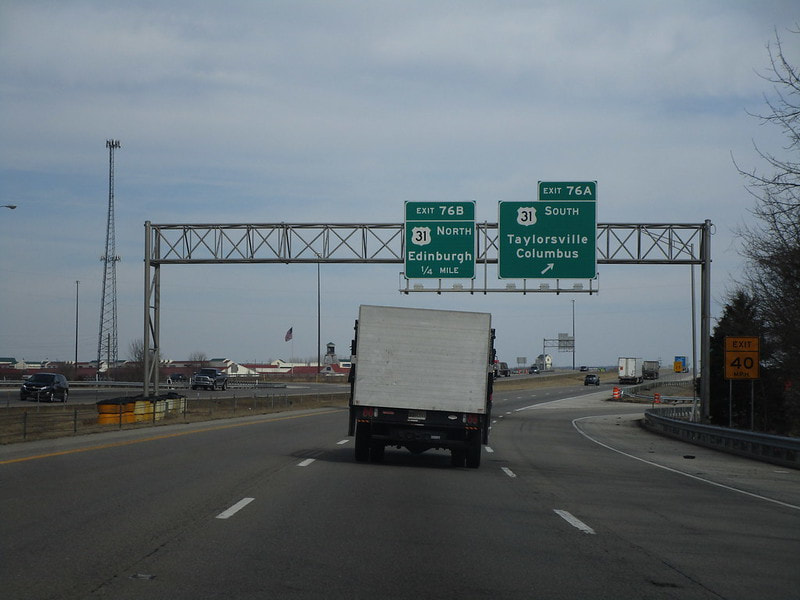 Exit 76B, the latter ramp in the partial cloverleaf interchange, leads to US Route 31 north toward Edinburgh: 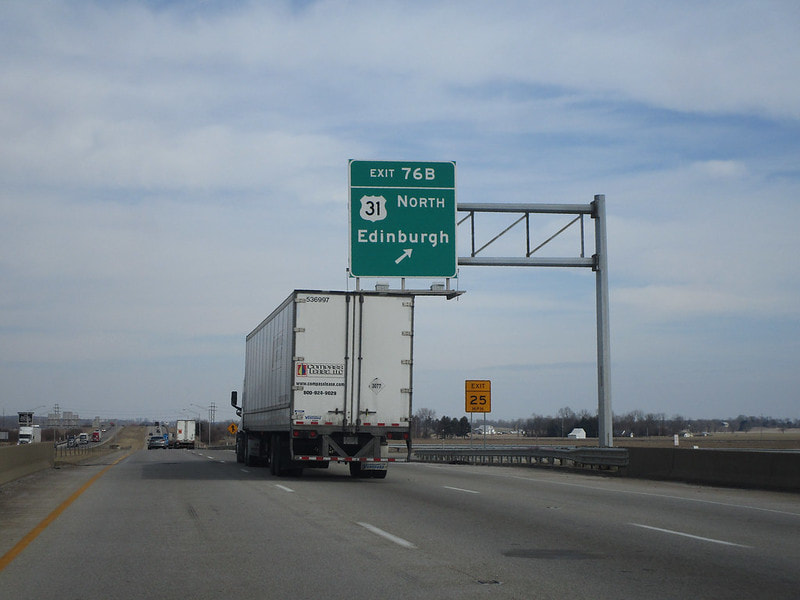