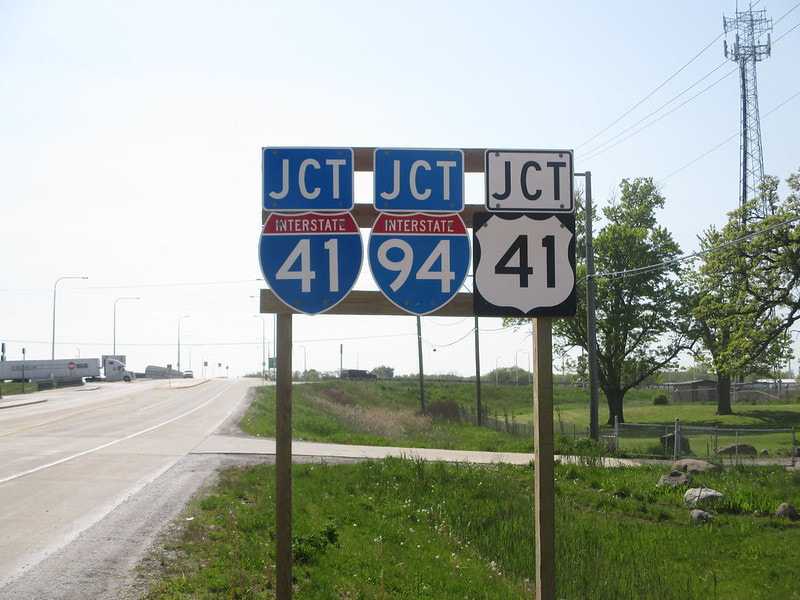 Only one interchange in Illinois mentions the existence of Interstate 41, and it's the interchange between Interstate 94 and Russell Road, a surface road running along the state line. My photo of an Interstate 41 marker comes from the westbound junction assembly approaching that interchange.  I try to avoid taking route marker photos in Wisconsin, because Wisconsin exclusively uses large unisigns with a background. It's just a personal preference to avoid them (though routesnapping Wisconsin on a state level makes them unavoidable). This photo was taken as I was driving around Lake County, Illinois on a random day in May 2016, mainly with the intent on photographing the many Illinois state highways in the area.
Back to the nationwide main page.
Back to the home page.