Interstate 355's exits and mileage markers are listed in increasing order from south to north, as that type of numbering scheme is customary for north-south highways. 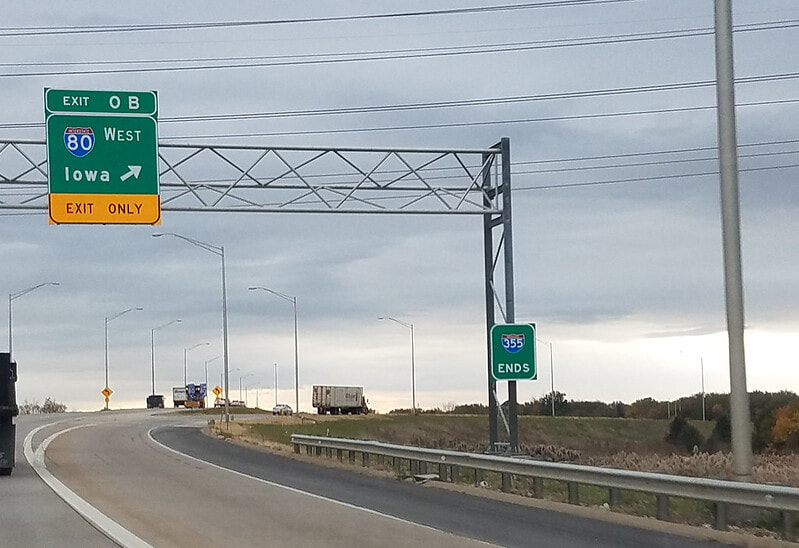 Exit 1 is a fountain interchange for US Route 6, labeled "Southwest Highway": 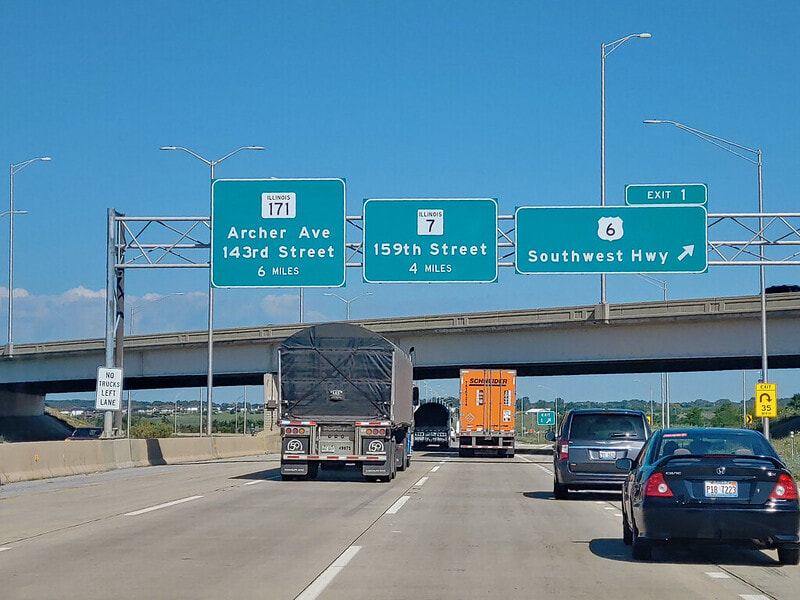 Exit 4 is a diamond interchange to Illinois 7, also known as 159th Street: 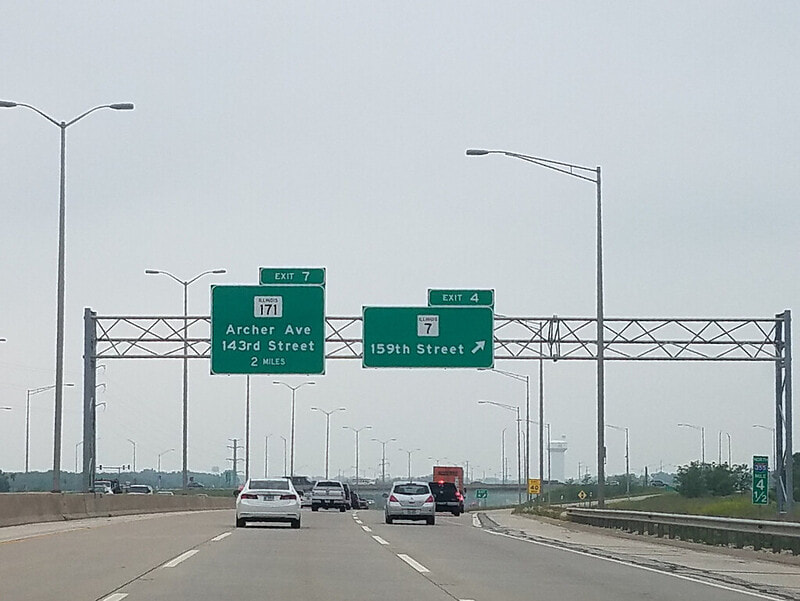 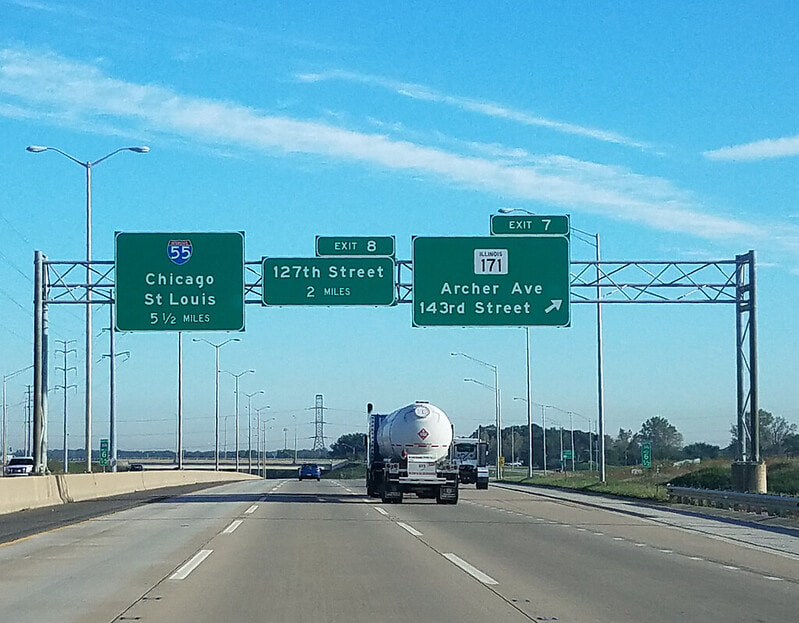 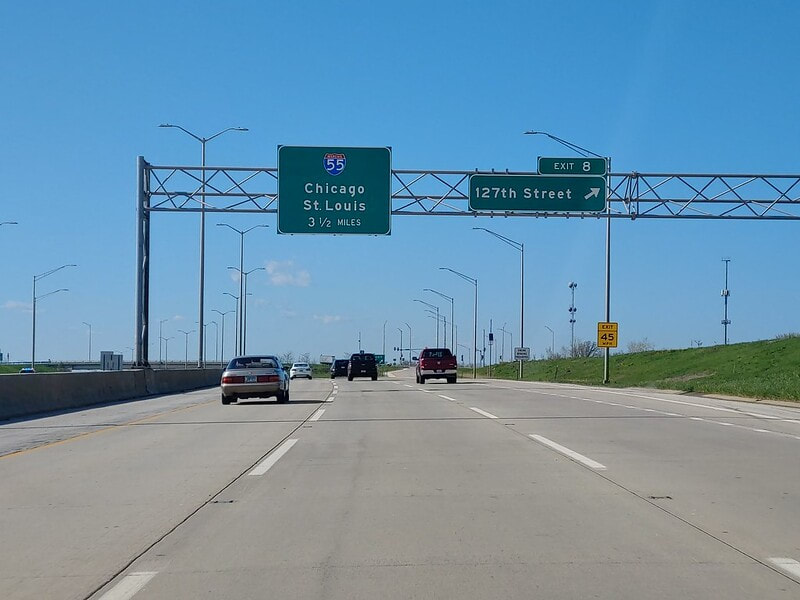 Exit 12A leads to Interstate 55 north, toward Chicago: 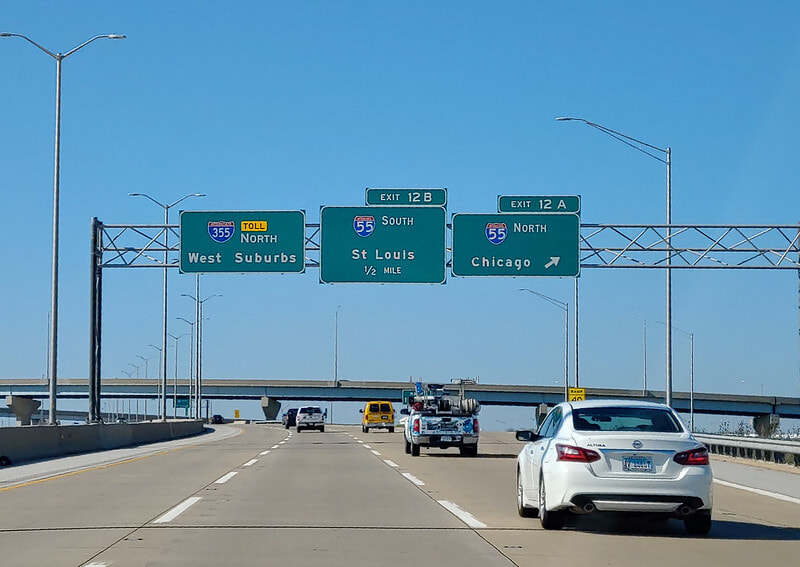 Exit 12B leads to Interstate 55 south, toward St. Louis: 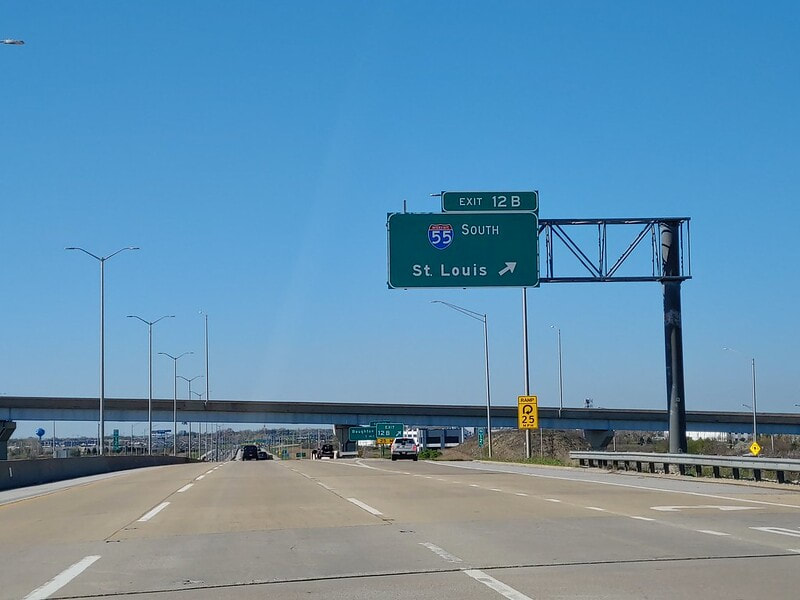 Exit 13 is for Boughton Road: 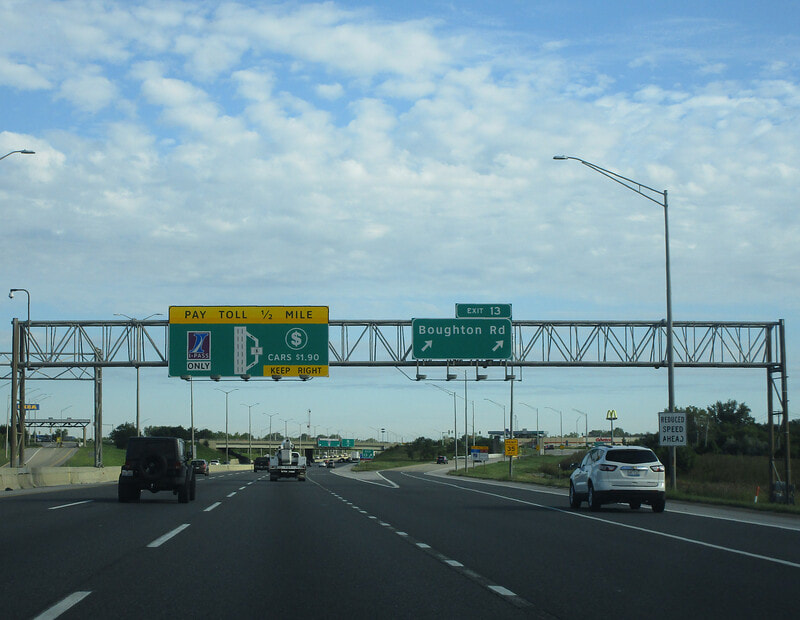 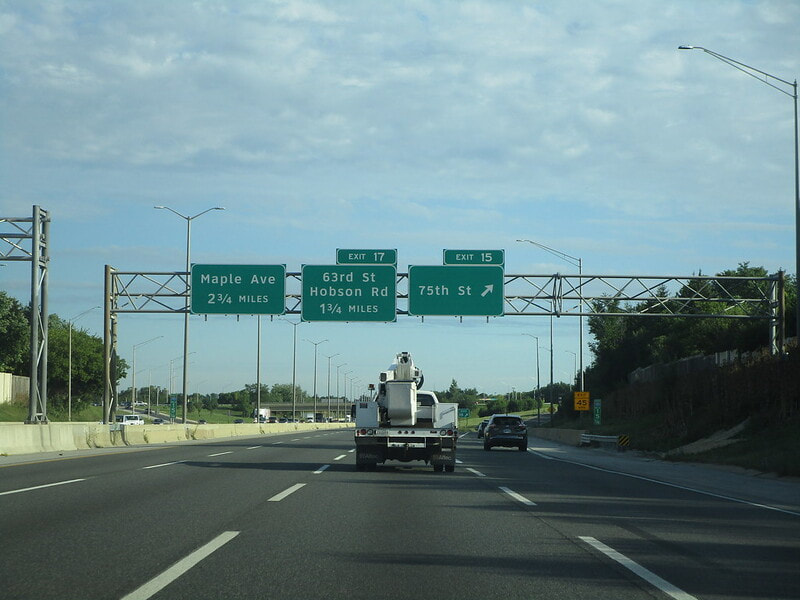 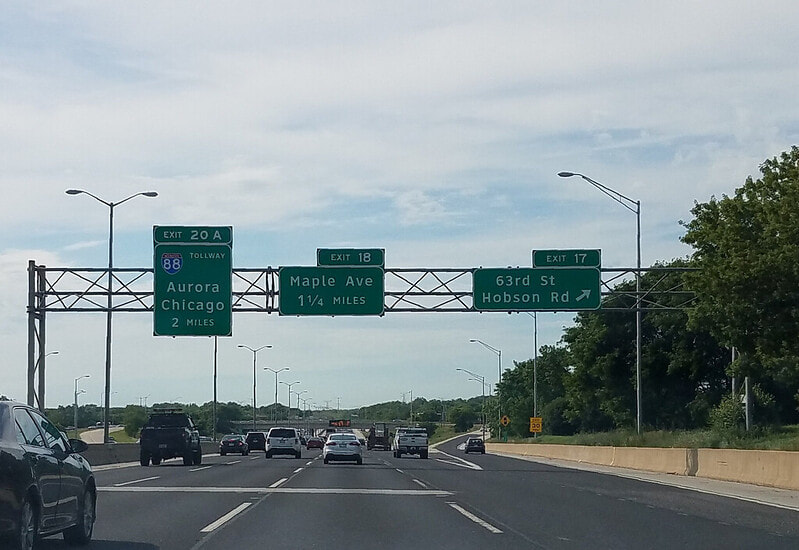 Exit 18 is for Maple Avenue:

Exit 19 is the southbound exit to US Route 34; this exit is labeled as "20B" coming from the northbound lanes: 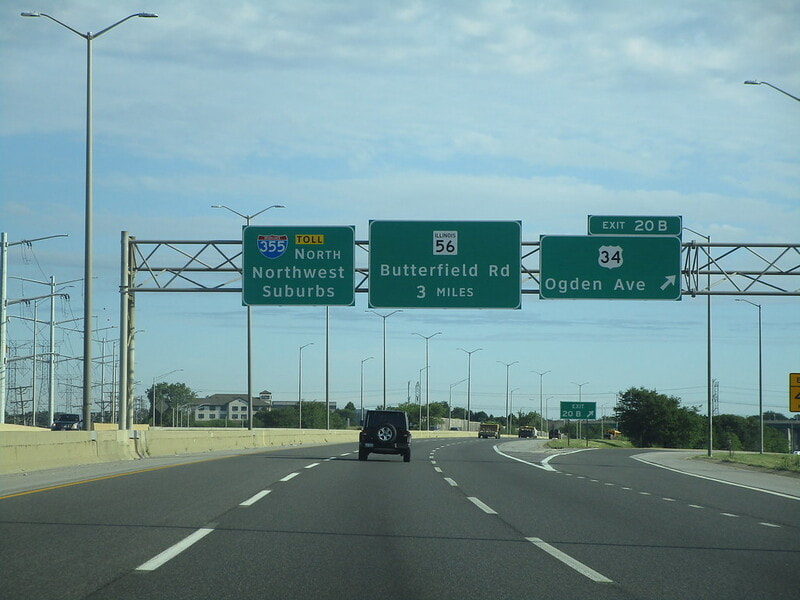 Exit 20 leads to the ramps for Interstate 88 in both directions: east toward Chicago, or west toward Aurora (this ramp is shown as "20A" from the northbound lanes): 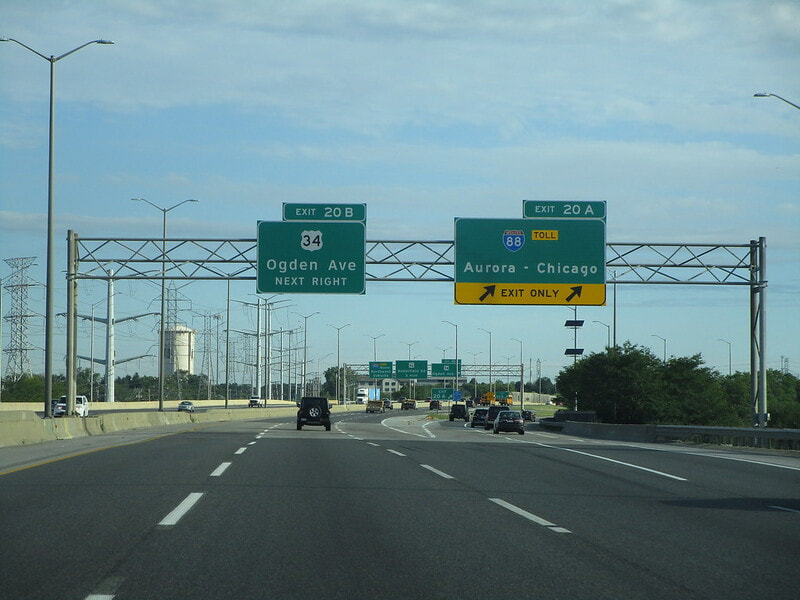 Exit 22 is for Illinois 56, known as Butterfield Road: 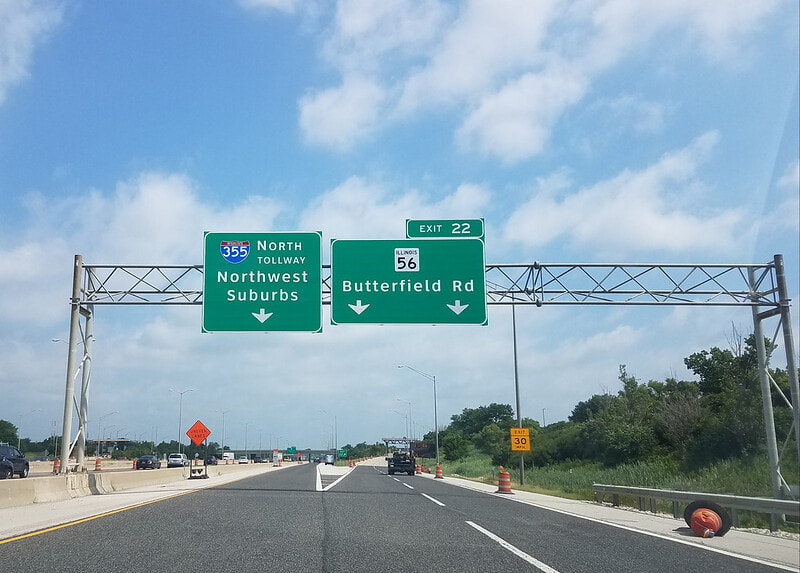 Exit 24 is for Illinois 38, which follows Roosevelt Road: 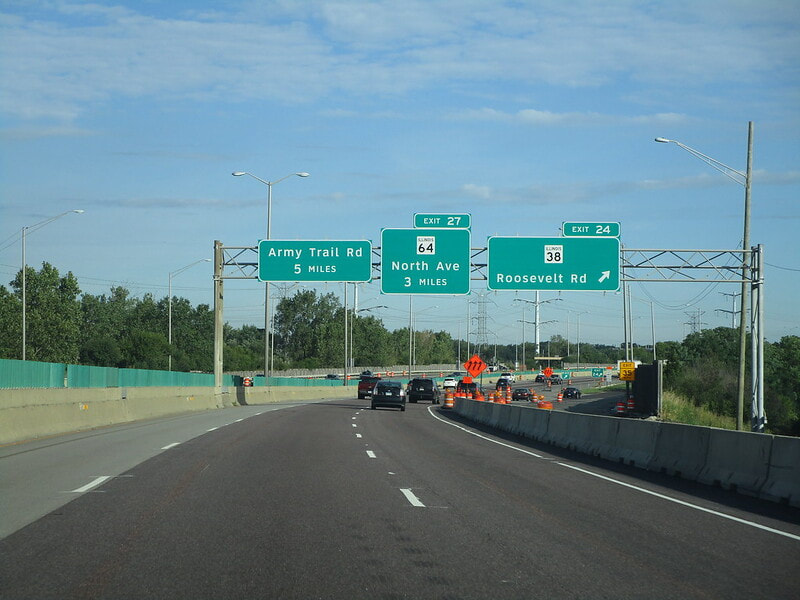 Exit 27 is for Illinois 64, which is routed along North Avenue: 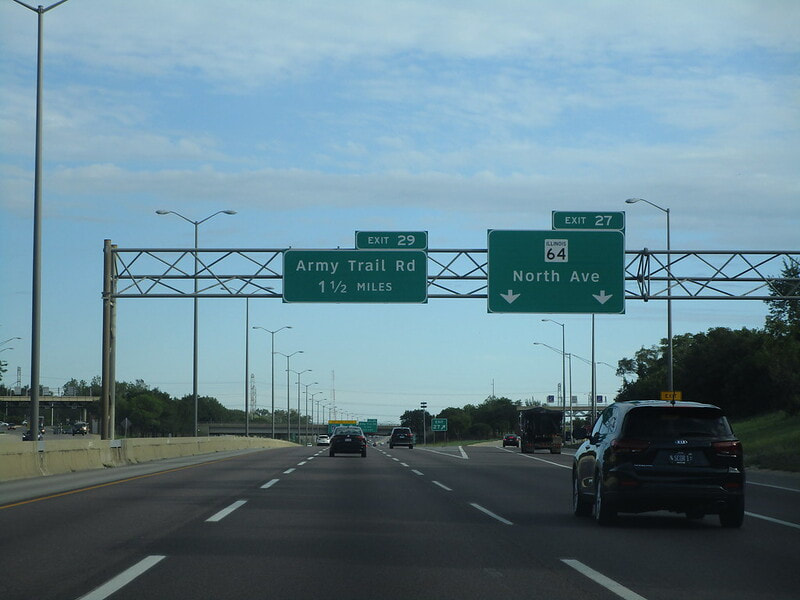 Exit 29 leads to Army Trail Road at a partial-cloverleaf interchange; from here on northward, Interstate 355 is a freeway with no tolls: 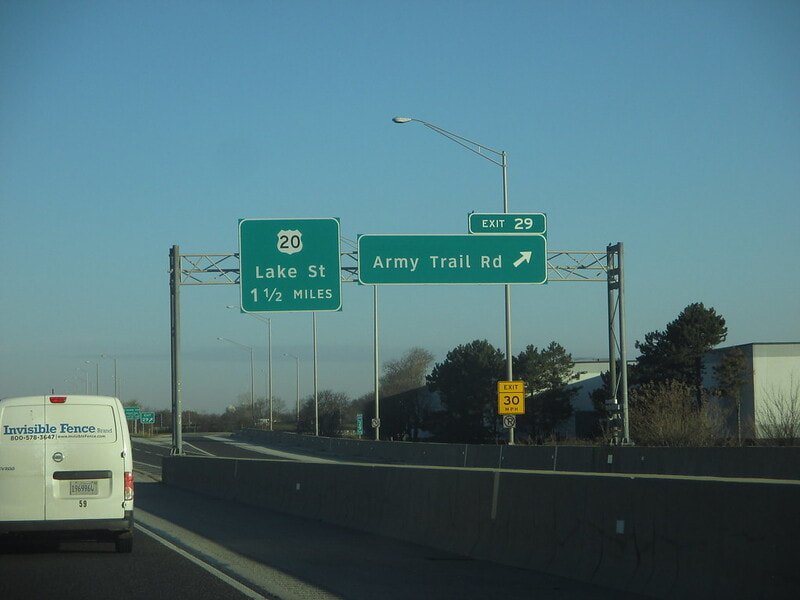 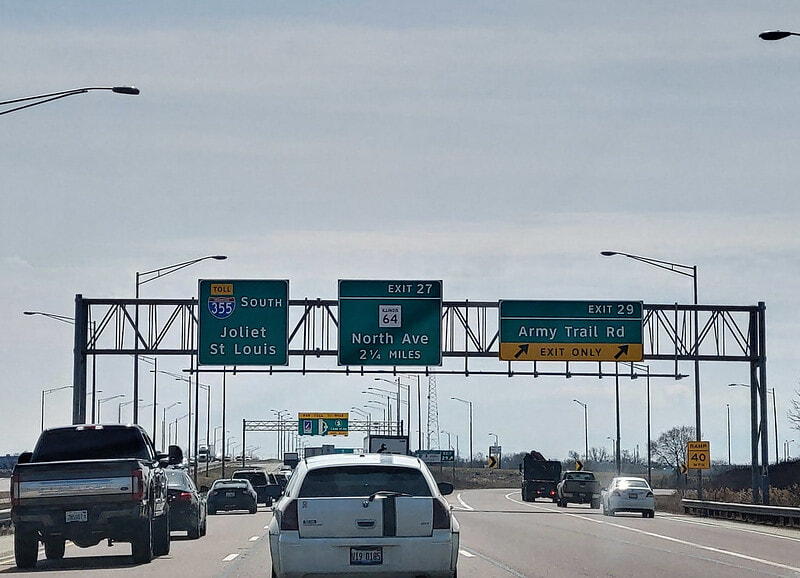 Exit 31 is for US Route 20, also known as Lake Street, at a diamond interchange modified with directional northbound onramps: 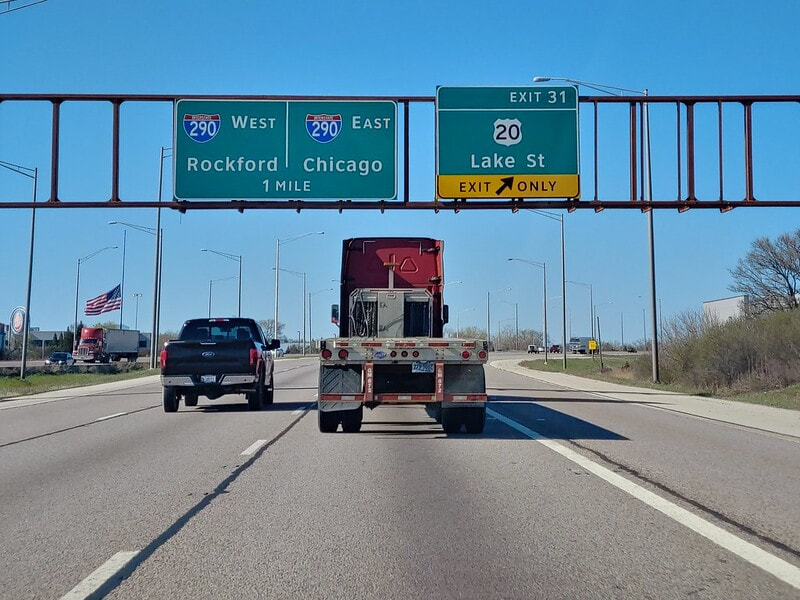 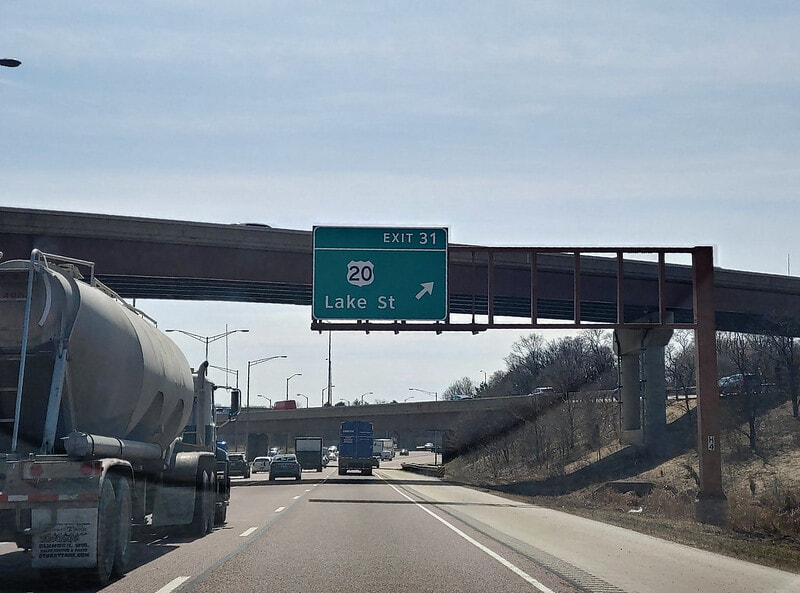 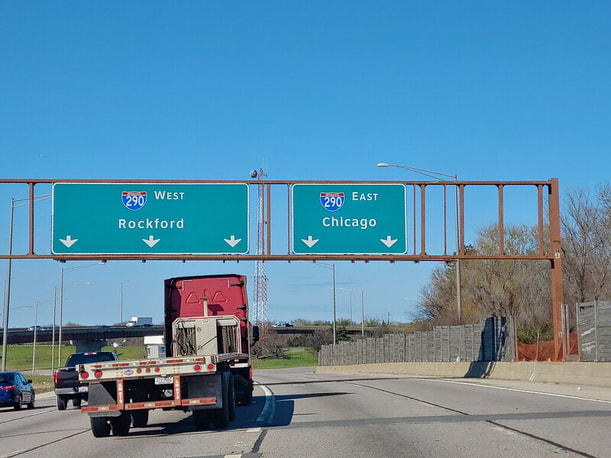 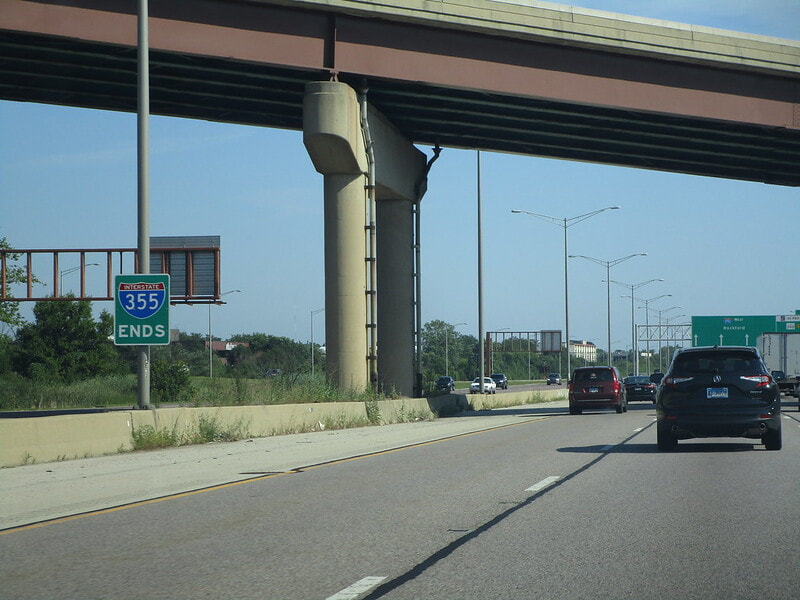