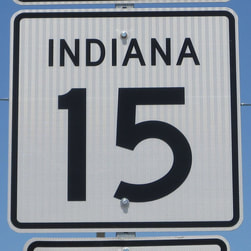 Indiana State Route 15 runs north-south in north-central Indiana.  It descends southerly from the Michigan state line, as Michigan Highway 103 crosses into Indiana and becomes State Route 15.  Its motion is almost due-south until it reaches the town of Wabash, where it turns more southeasterly through Marion to end at US Route 35 and Indiana 22 in Jonesboro. 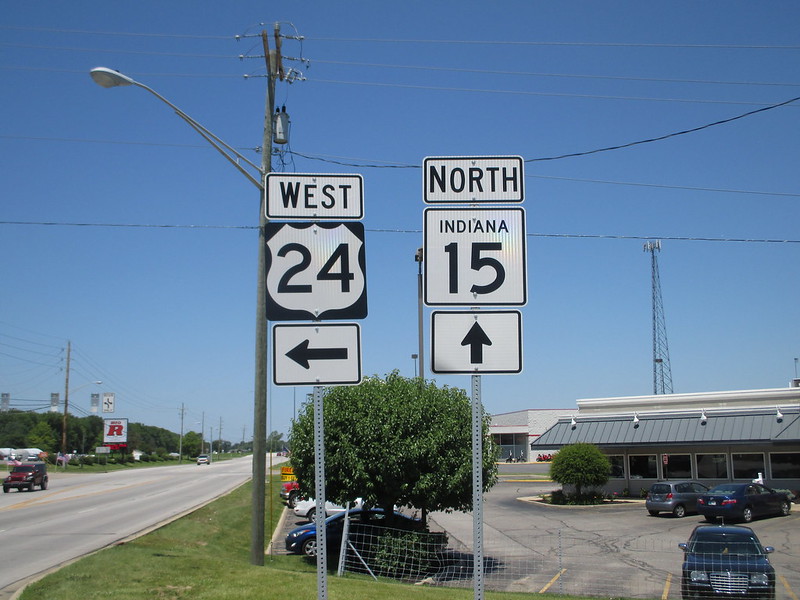 My photo for Indiana 15 is along northbound Indiana 15, where it crosses US Route 24 in Wabash.  At places where a marked highway crosses some other highway that's marked and divided, Indiana will place a separate sign pointing out each carriageway of the divided highway.  A sign on US Route 24's median points out US Route 24 east; this sign assembly on the far side of US Route 24 directs travelers to the westbound side of that route. This photo was taken in June 2016, as I was driving down a sizeable portion of US Route 24's distance in Indiana.
Back to the Indiana main page.
Back to the home page.