First of all, though, here is the photo showing where I got my shield image for Interstate 80.  In Clive, a western suburb of Des Moines, the concurrency of Interstate 35 and Interstate 80 meets an interchange with University Avenue. It's the first interchange north of the point where Interstate 35 and Interstate 80 join together.  The sign assembly in the photo faces east along University Avenue, pointing out that the right turn onto the southbound onramp is just ahead across the overpass.  An October morning in 2021 marked the time I took this photo, just after the rain stopped. I was on the way home from a trip across southern and western Iowa. 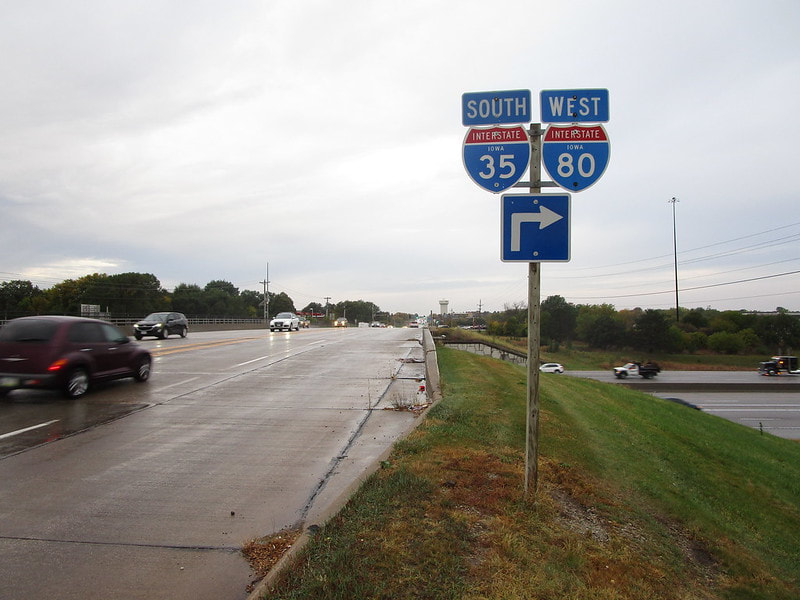