US Route 136 in Illinois

US Route 136 runs east-west across central Illinois, staying in rural areas.  The western third of the route carries traffic from Keokuk, at the southernmost tip of Iowa, to Macomb and Havana.  The eastern two-thirds of the route is one of the straightest, more boring drives I have ever seen.  It manages to stay south of Peoria and Bloomington, but north of Springfield, Decatur, and Champaign-Urbana, keeping it in uneventful territory. Just before entering Indiana, US Route 136 cuts south to Danville to follow alongside Interstate 74. 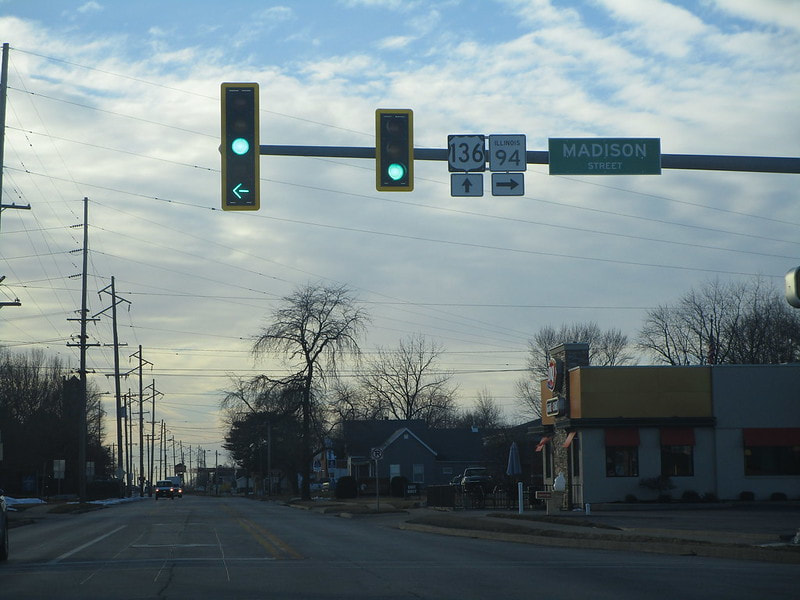 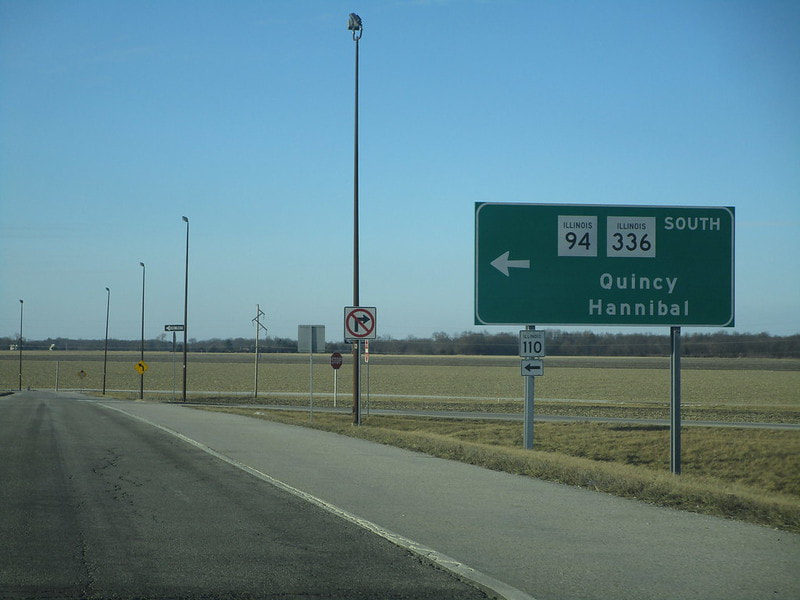 ​US Route 136 and Illinois 336 head east together, and they reach the northern end of Illinois 61: 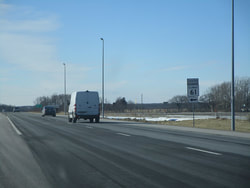 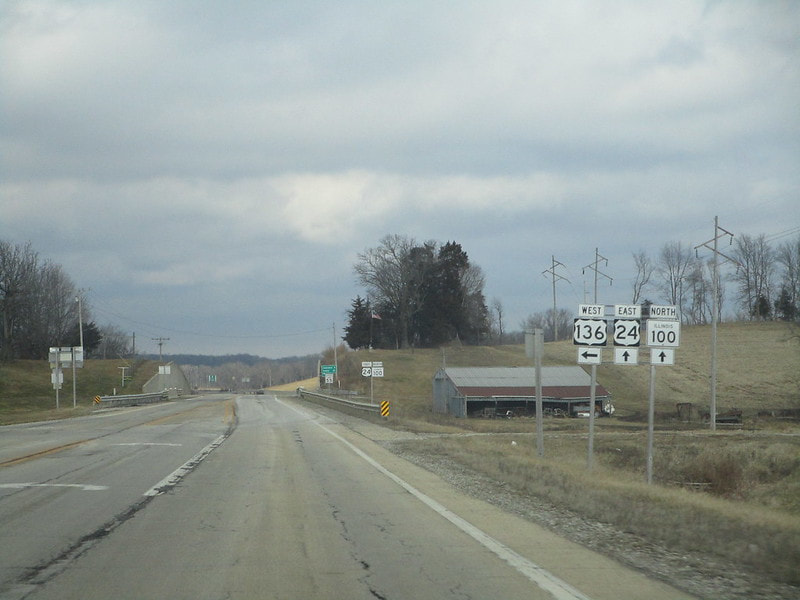 After another two miles, Illinois 100 splits from US Route 136 to head south: 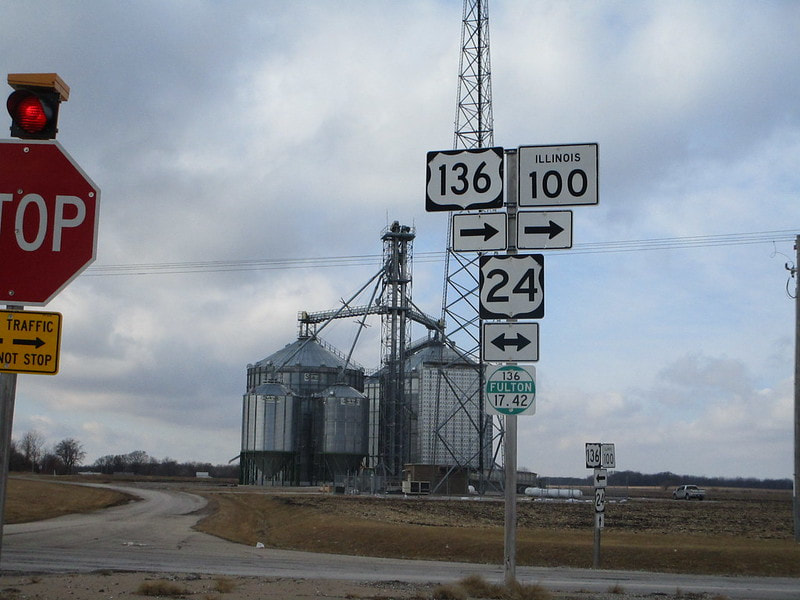 On the west side of the Illinois River, just across the bridge from Havana, Illinois Routes 78 and 97 both come from the north on the same highway to join US Route 136 east into town: 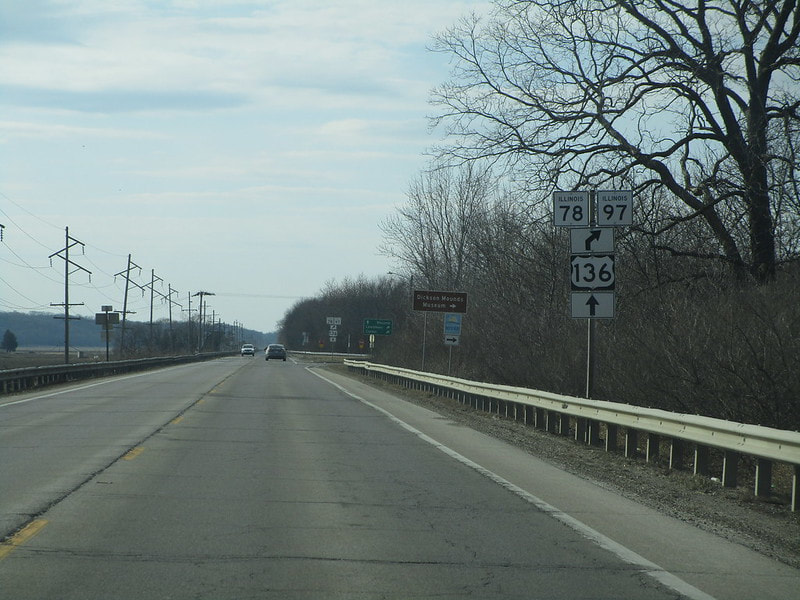 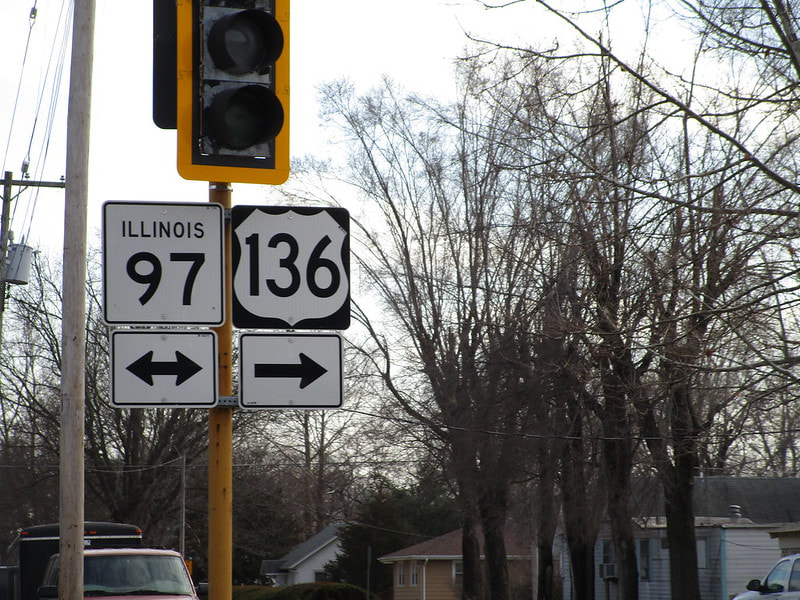 About ten miles east of Havana, US Route 136 reaches the western end of Illinois 10...
US Route 136 is joined by Illinois 29, which heads north out of Mason City to reach US Route 136: 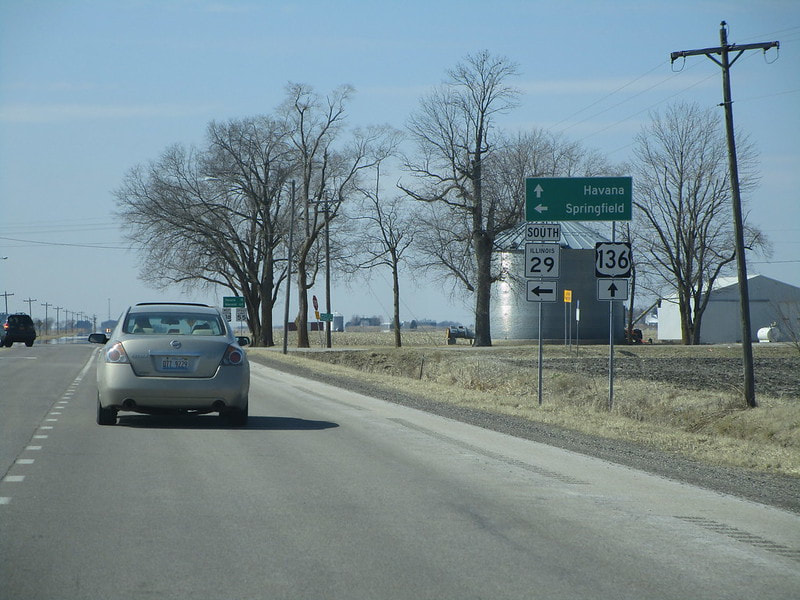 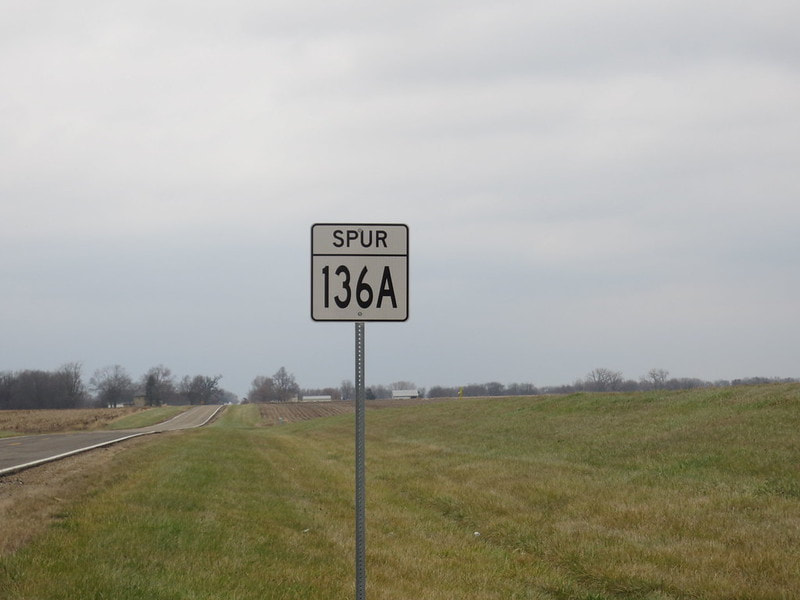 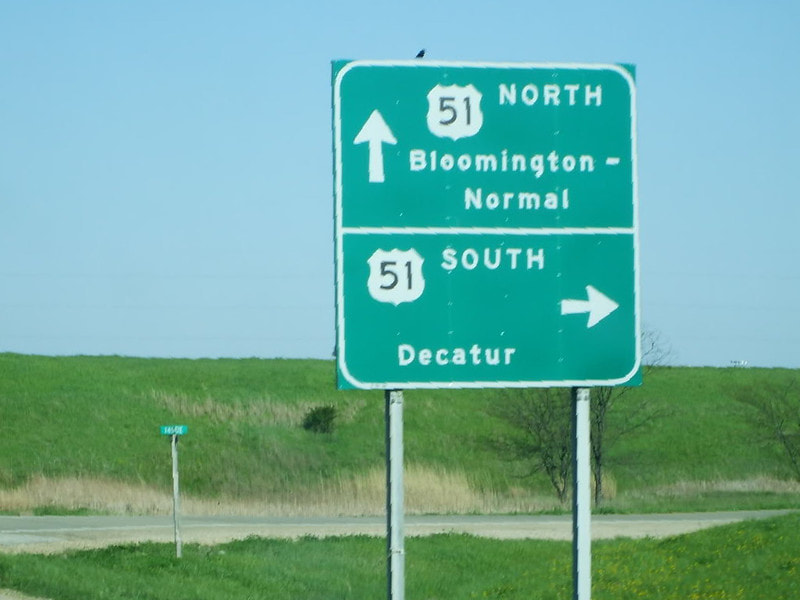 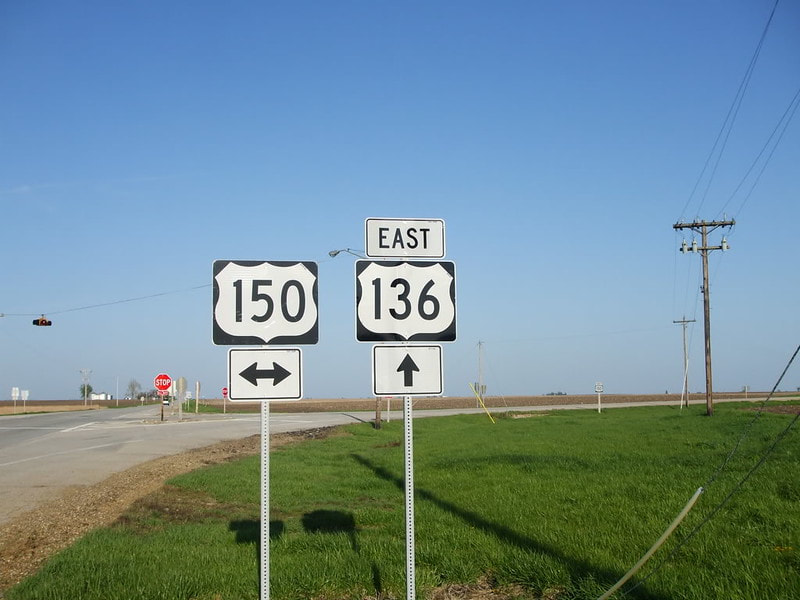 US Route 136 crosses the diagonal Illinois 54 near Bellflower: 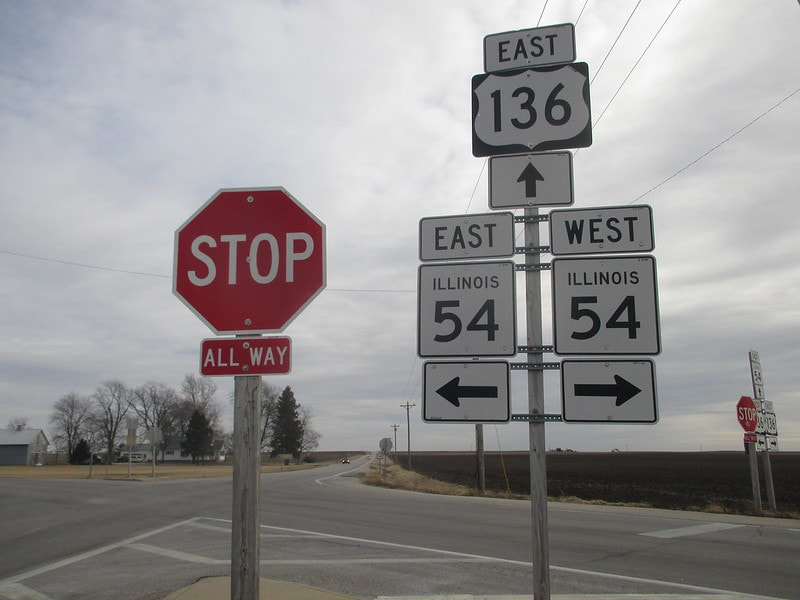 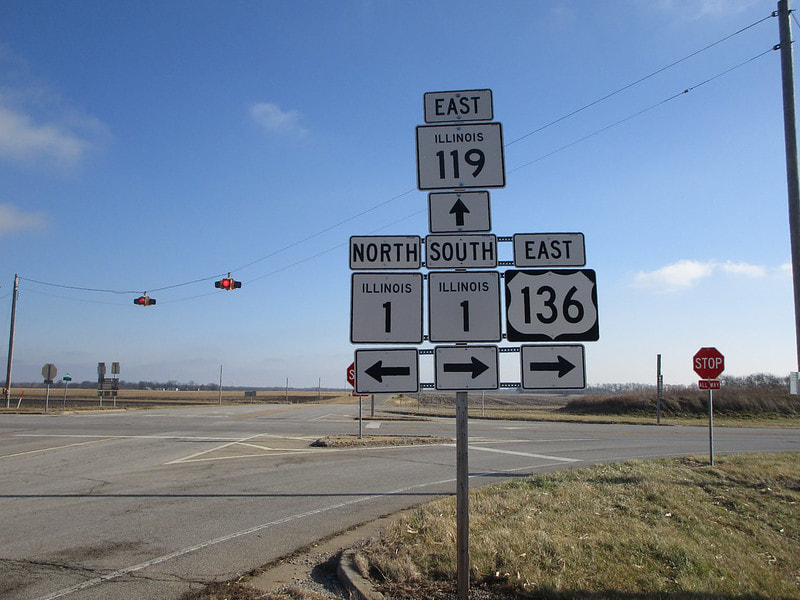 In Danville, US Route 136 turns easterly off of Illinois 1 and ricochets off of US Route 150, which joins Illinois 1 south from the west leg of the intersection: 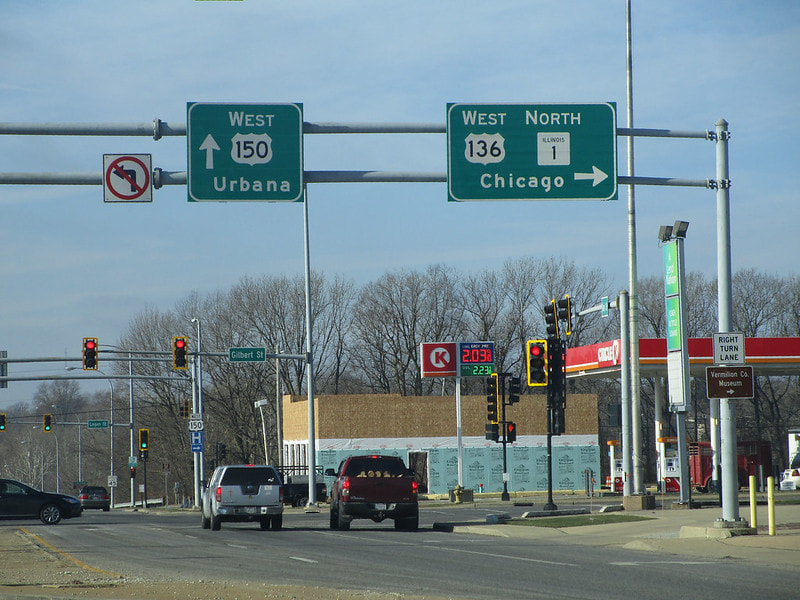 US Route 136 enters Indiana alongside the Danville Correctional Center, just north of Interstate 74's crossing into Indiana...
Back to the Illinois main page.