Illinois Route 3 is the westernmost north-south route In Illinois, stretching from East St. Louis south to Cairo, and it is never far from the Mississippi River. Its northern end curls northwestward out of Alton to run in the uplands near Elsah and Grafton, placing Illinois 3's ultimate northern terminus at Illinois 100 in Grafton. The south end is at US Route 51, which connects to Cairo, near Urbandale. 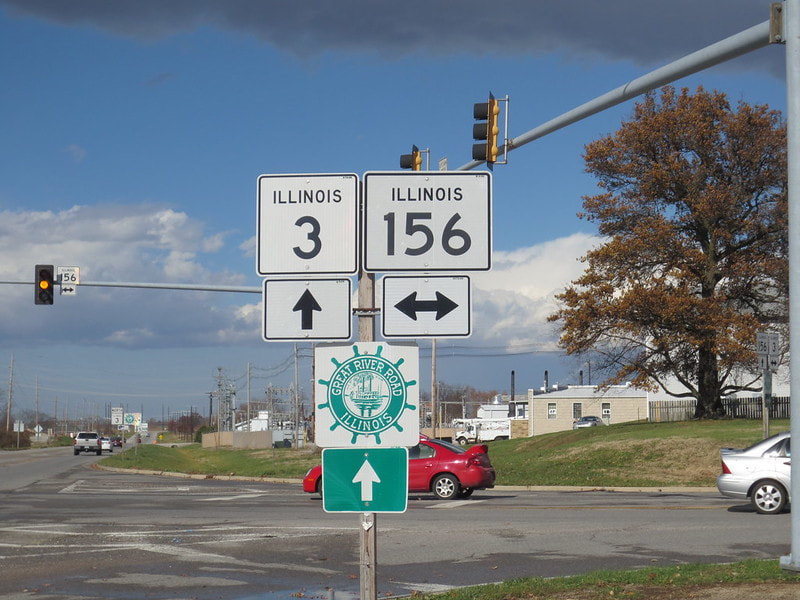 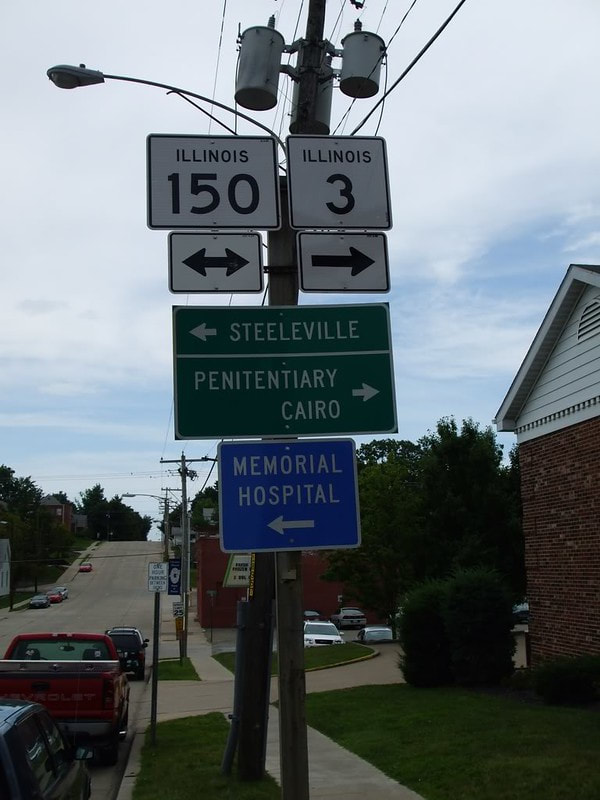 Then, Illinois 3 splits from Illinois 150 to continue south out of Chester: 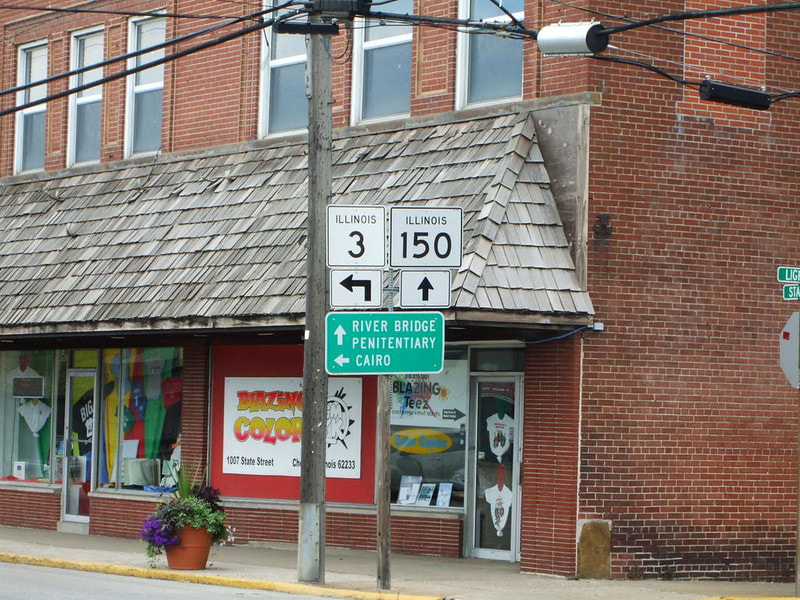 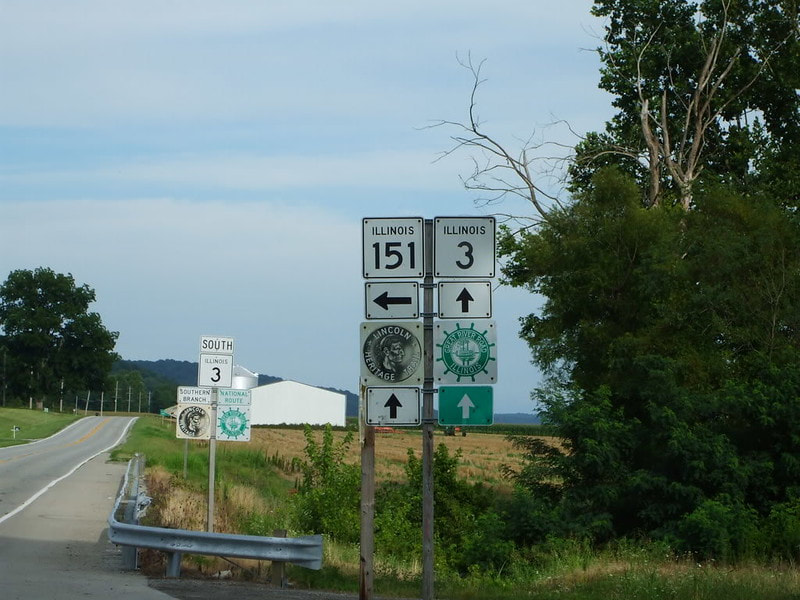 West of Murphysboro, Illinois 3 meets the western end of Illinois 149: 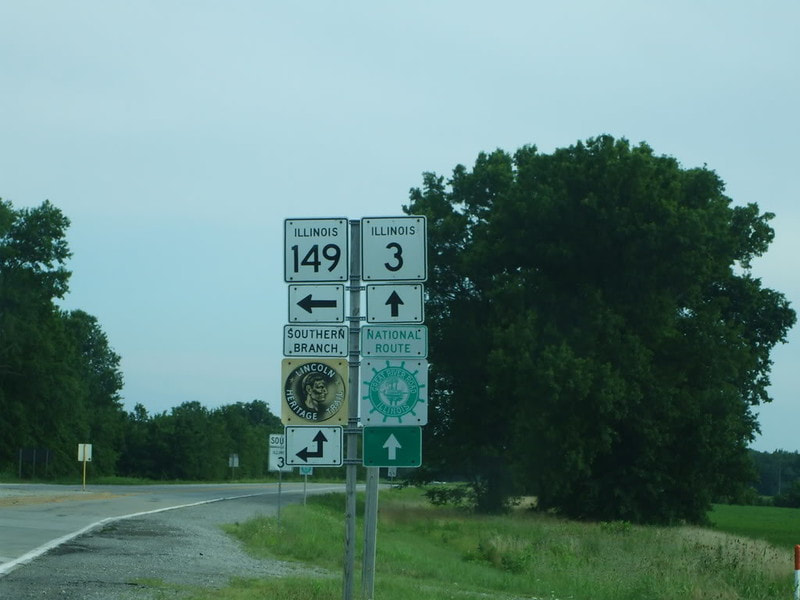 West of Jonesboro, Illinois 146 joins Illinois 3 south...
Illinois 146 then splits from Illinois 3 to head west, to the bridge over the Mississippi River into Cape Girardeau, Missouri: 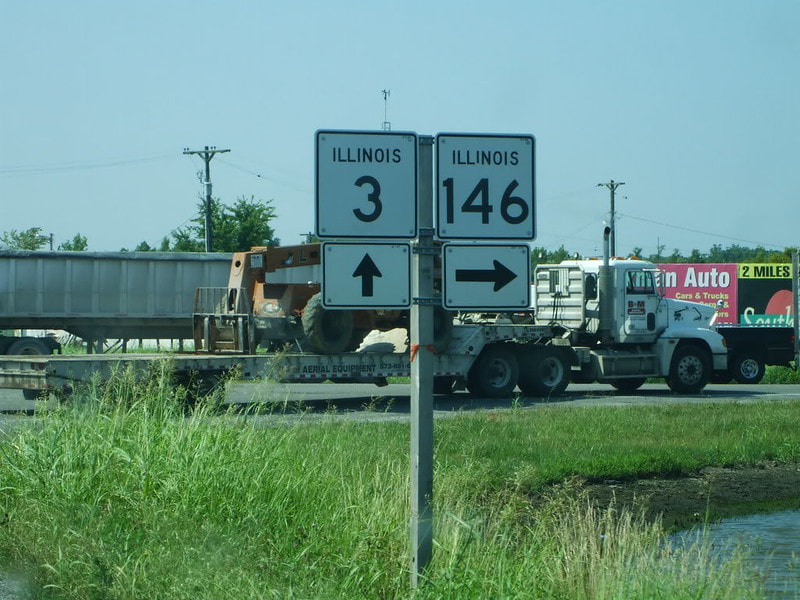