Exits are numbered in increasing order from west to east, as is customary for even-numbered east-west Interstates.  Interestingly, Interstate 270's exit numbers start over at zero as it crosses into Illinois over the Mississippi River.  This doesn't happen exceedingly commonly; many multi-state auxiliary routes will have one coherent exit numbering scheme, such as Interstate 255, Interstate 270's partner in forming St. Louis's outer beltway.

Interstate 270 enters Illinois from the west, crossing the Chain of Rocks Bridge over the Mississippi River from the state of Missouri...
The first exit in Illinois is exit 3A, leading to Illinois 3 southbound toward Granite City...
Exit 3B leads to Illinois 3 northward toward Alton, at the same interchange; for westbound, the ramps 3A and 3B are combined into a single "Exit 3"...
Exit 4 is a collector lane leading to dueling fountain interchanges that reach roadways running on opposite sides of a railroad corridor; the first road is "Old Alton Road"...
The second fountain interchange leads to the northern terminus of Illinois 203, a route heading to Granite City (we'll call it "Exit 4B")...
Exit 6A is the first half of a cloverleaf to Illinois 111; the first ramp leads southbound toward Pontoon Beach...
Exit 6B is the second half of the cloverleaf, leading to Illinois 111 northbound toward Wood River...
Exit 7A leads to the northern beginning to Interstate 255 and the continuation of the beltway around St. Louis; Interstate 255 southbound is signed as the way to Memphis: 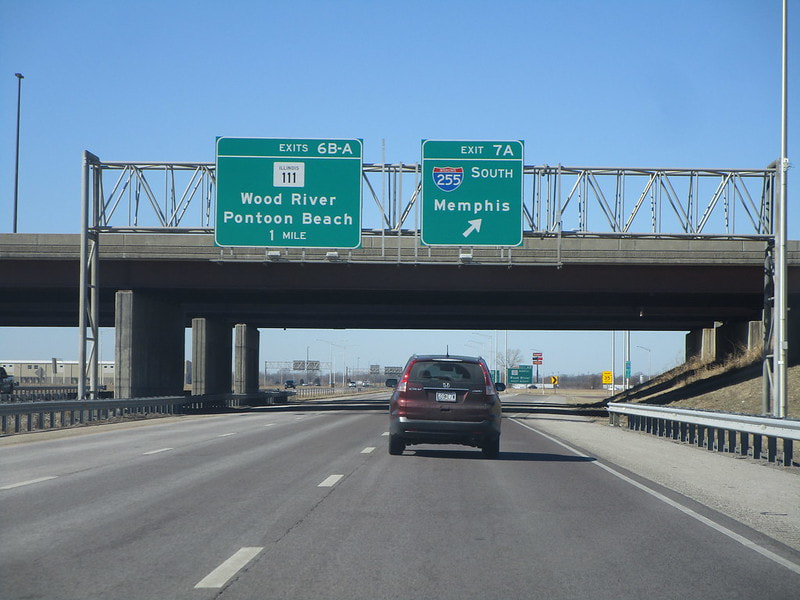 Exit 7B, the second ramp of the cloverleaf, leads to the northern continuation of Route 255 as a state highway bound for the Alton area: Illinois 255: 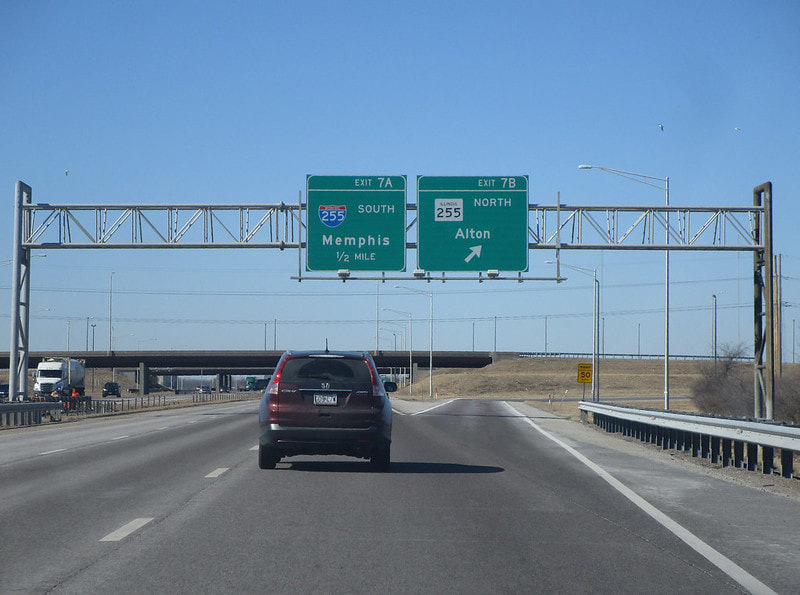 Exit 9 is for Illinois 157, providing access to Collinsville and Edwardsville: 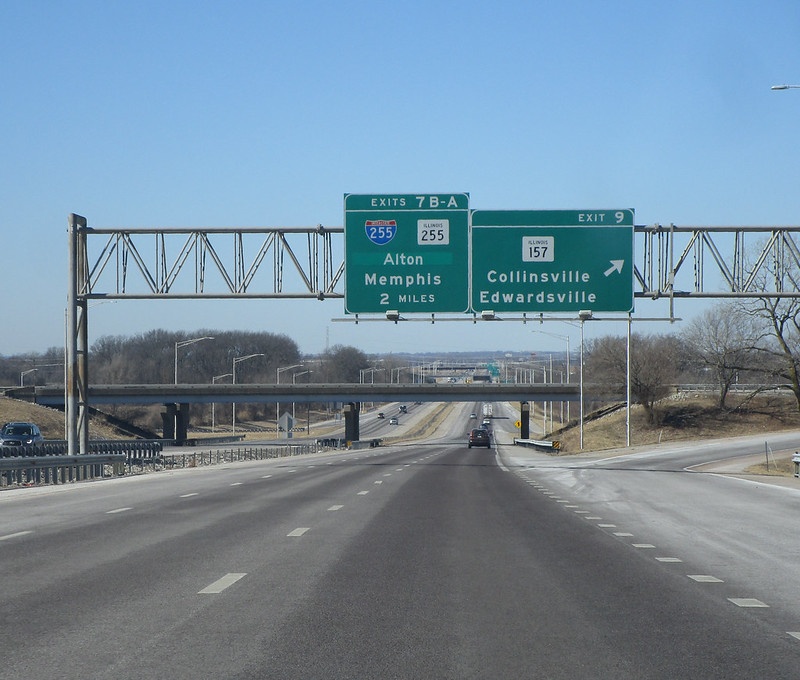 Exit 12 is for Illinois 159, also signed as a way to reach Collinsville and Edwardsville: 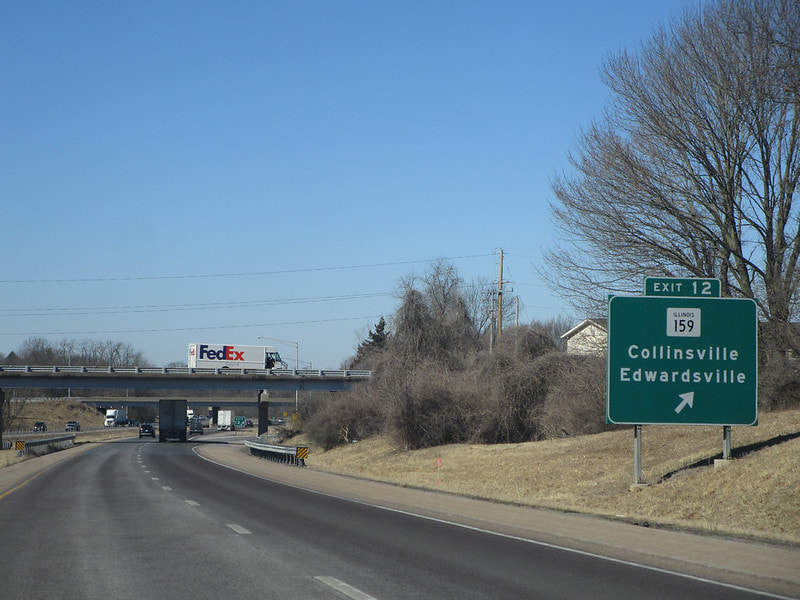