PAUL ACROSS AMERICA
Interstate 8 runs east from San Diego through the desert into Arizona, in the southernmost reaches of the western United States.  Almost all of its length rests within the Sonoran Desert. To be more specific, the western end of Interstate 8 occurs at an interchange with local roads near Ocean Beach in San Diego; this is west of Interstate 5 and northwest of downtown.  Interstate 8 skirts across the north side of San Diego and sets out across the southernmost portion of California.  It stays mainly rural, passing El Centro, California, to cross the Colorado River into Yuma, Arizona.  In Arizona, Interstate 8 is largely rural and desolate, with the exception of its stints in Yuma,  Gila Bend, and a few small towns. The eastern end of Interstate 8 is a fork with Interstate 10 in south-central Arizona.  Though most traffic from Interstate 8 continues east on Interstate 10 at the fork, the fork is a complete interchange.  Here, Interstate 10 is coming south from Phoenix and bending southeasterly toward Tucson.  Interstate 8's main purpose is to connect San Diego to points east of here via Interstate 10, such as Tucson, El Paso, and beyond. 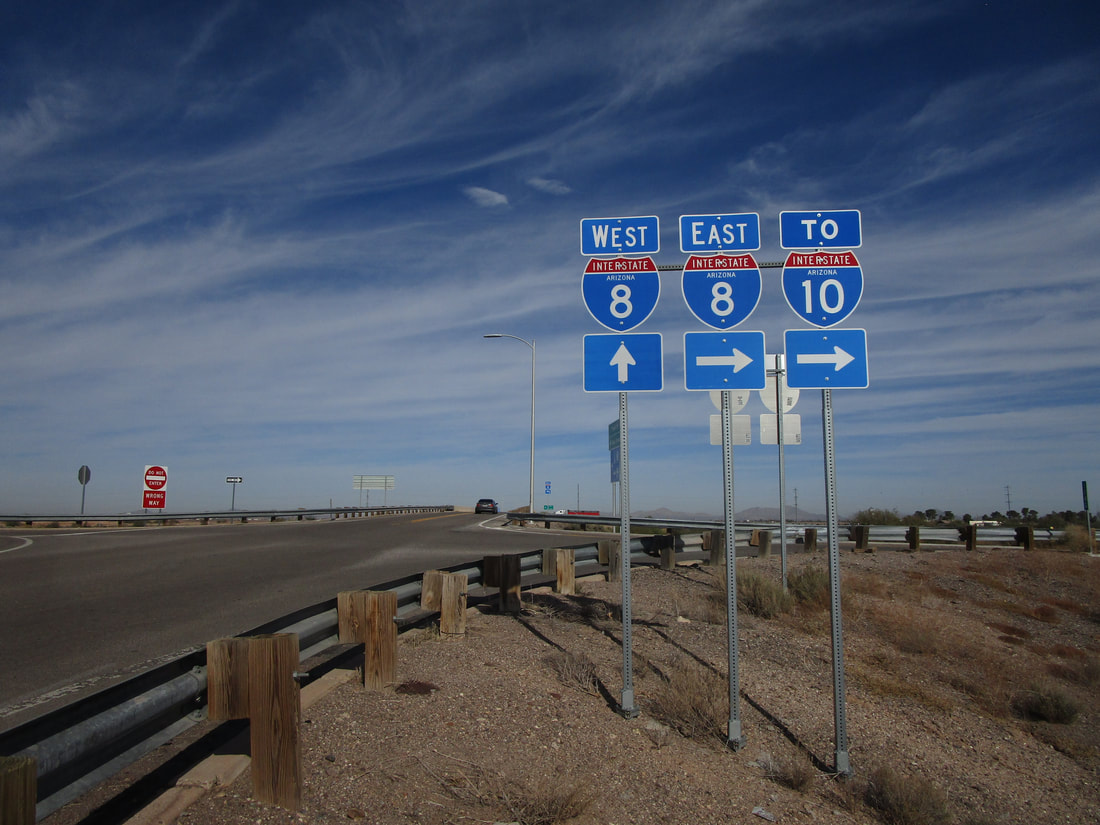 My photo for Interstate 8 comes from the first interchange with a surface road that occurs west of the highway's eastern end.  This exit, numbered 174, lies a few miles west of Interstate 10 near Casa Grande, Arizona.  The signage depicted faces south along Trekell Road, a local road, pointing out the eastbound entrance ramp to Interstate 8, which runs toward the right out of the photo. This was all photographed during a short visit to Arizona at the beginning of December, 2022.