Illinois Route 173 is the northernmost east-west state route in the eastern half of northern Illinois.  It begins in Rockford's northern suburbs and heads east to end in Zion, a town along the shore of Lake Michigan. Toward the east, in Lake and McHenry Counties, Illinois Route 173 tends to be within a couple miles of the Wisconsin border.  Farther west, in Boone and Winnebago Counties, the route nudges a bit farther south, to a latitude eight to nine miles south of the state line.

The western beginning of Illinois 173 is at Illinois 251 in Machesney Park, a northern suburb of Rockford: 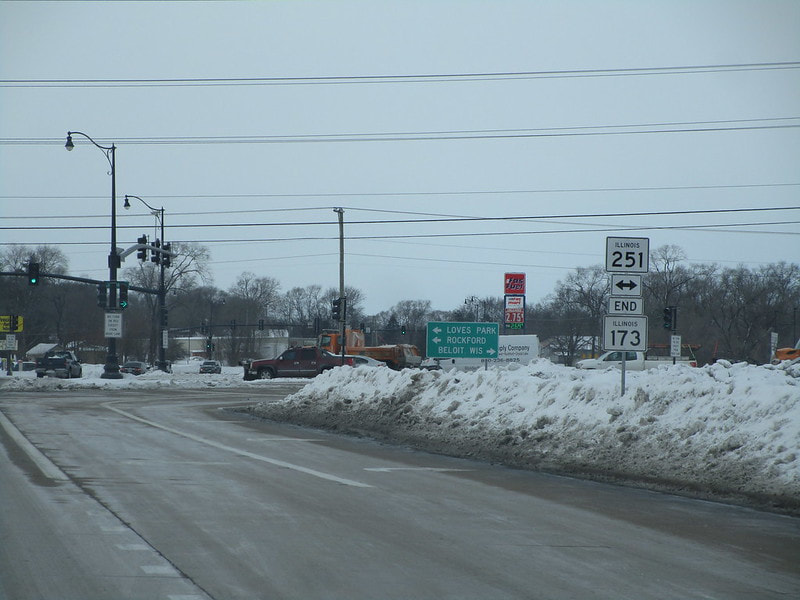 Not until the last 15 years did Illinois 173 get an interchange with Interstate 90/39, but it does now:
Illinois 173 crosses Illinois 76, and it's the only state route to do so; this is near Poplar Grove. Take your pick between winter and summer:
In Harvard, Illinois 173 joins US Route 14 north for a short distance: 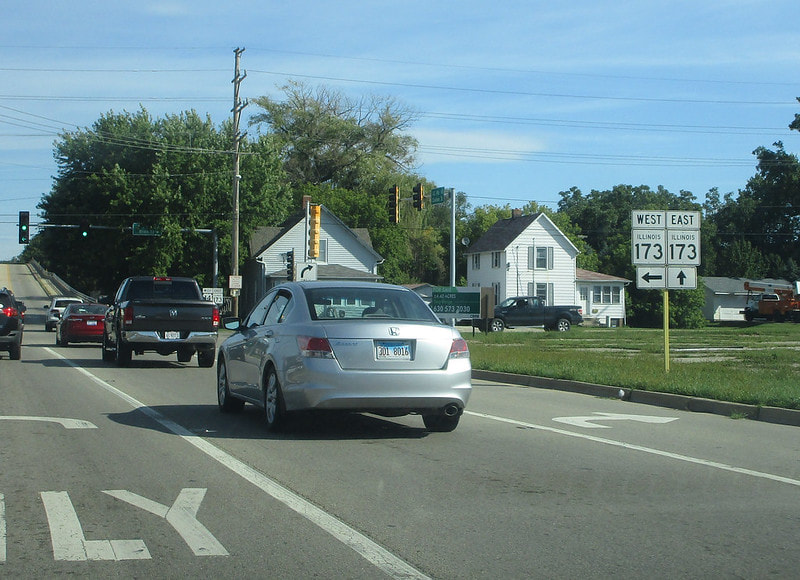 Still in Harvard, Illinois 173 splits off of US Route 14 to go east again: 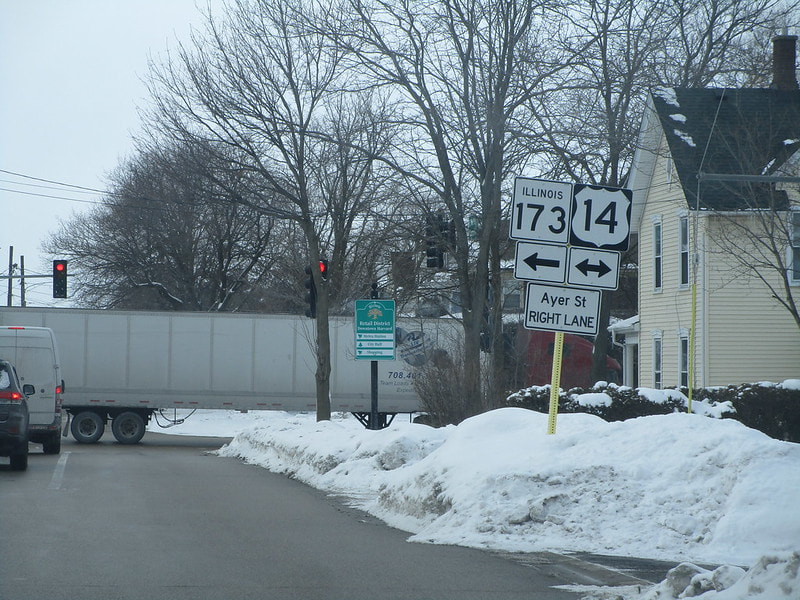 As Illinois 173 is straightening out from an S-curve in Hebron, it crosses Illinois 47: 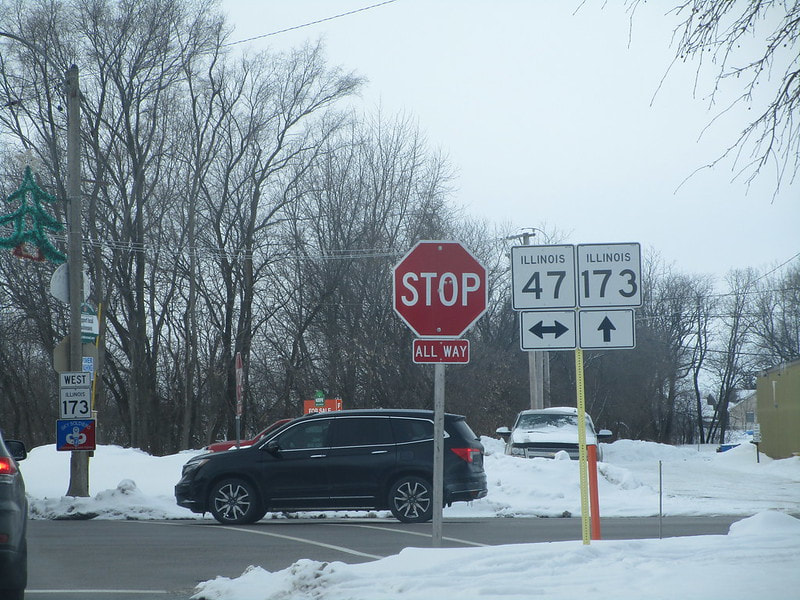 Illinois 173 crosses US Route 12 in Richmond as that route comes north from Illinois 31's northern endpoint: 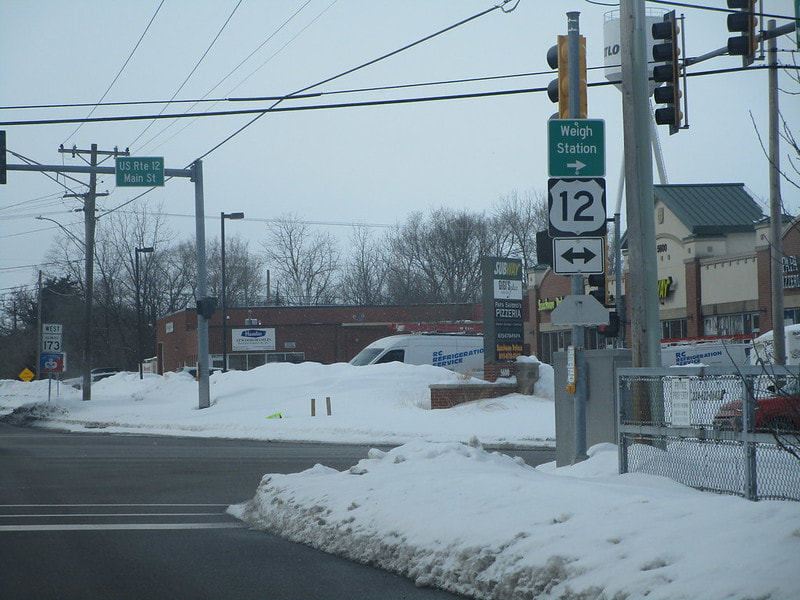 In Antioch, Illinois 173 meets Illinois 59 at that route's northern terminus: 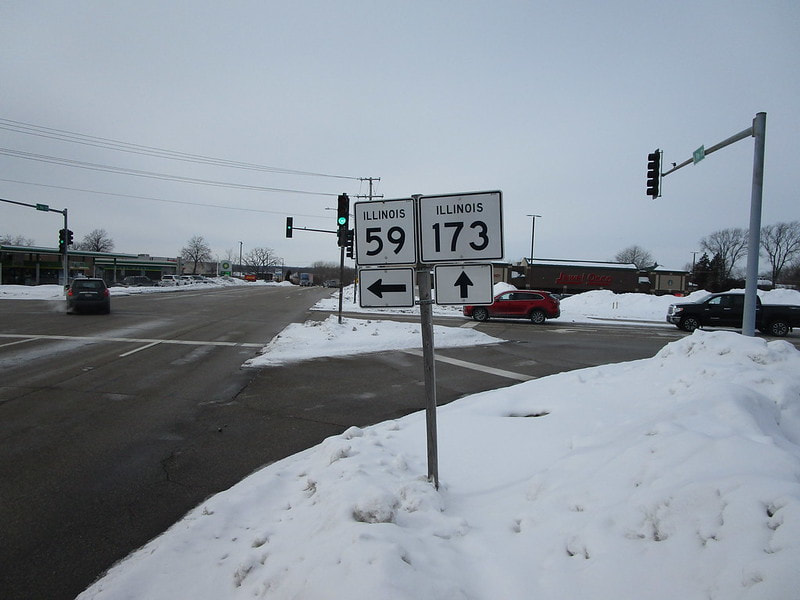 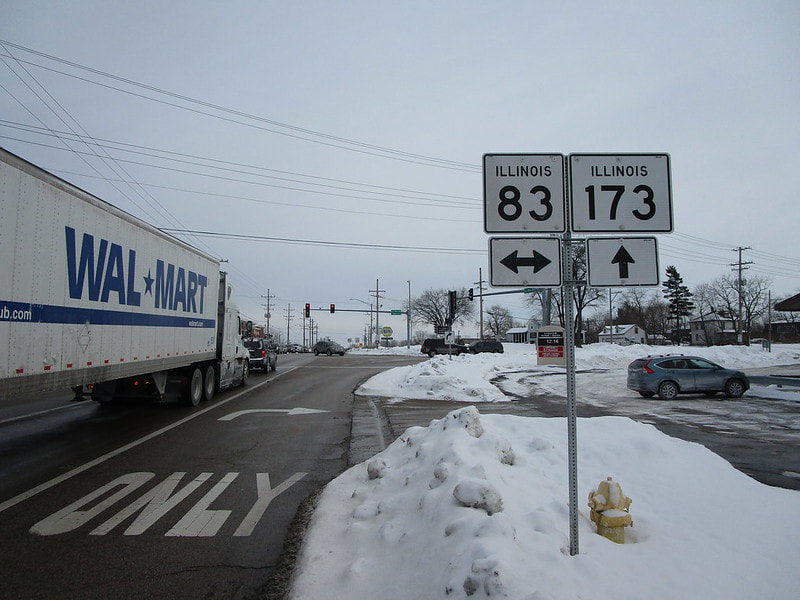 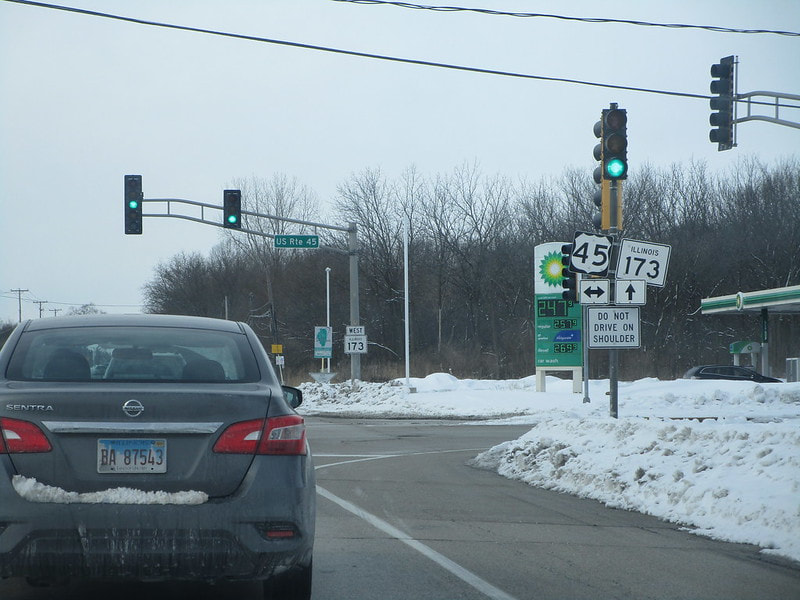 Illinois 173 has a partial interchange with Interstate 94 that only allows access to or from the south. (To access points north via Interstate 94, go north on US Route 41, which is coming up next.) 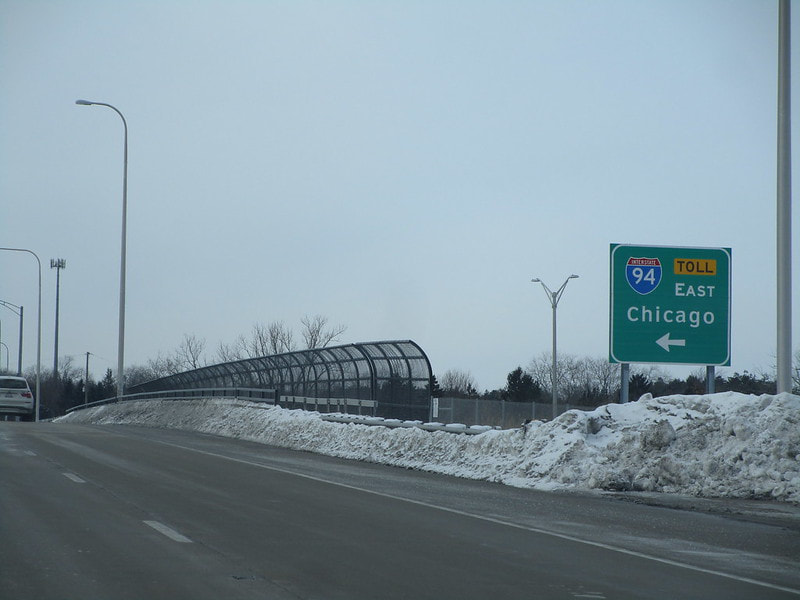 Soon after crossing over Interstate 94, Illinois 173 meets US Route 41 at a 4-way signalized intersection: 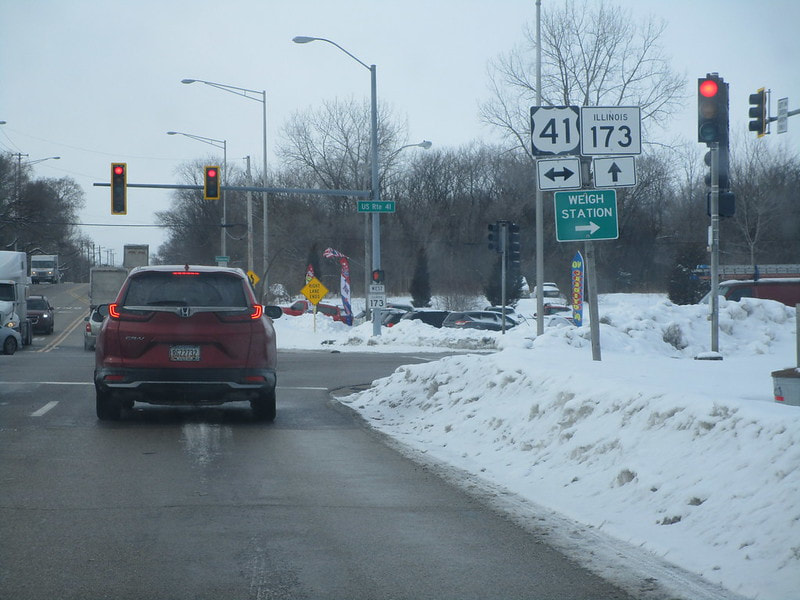 As Illinois 173 enters Zion, the last town it will encounter, it crosses Illinois 131: 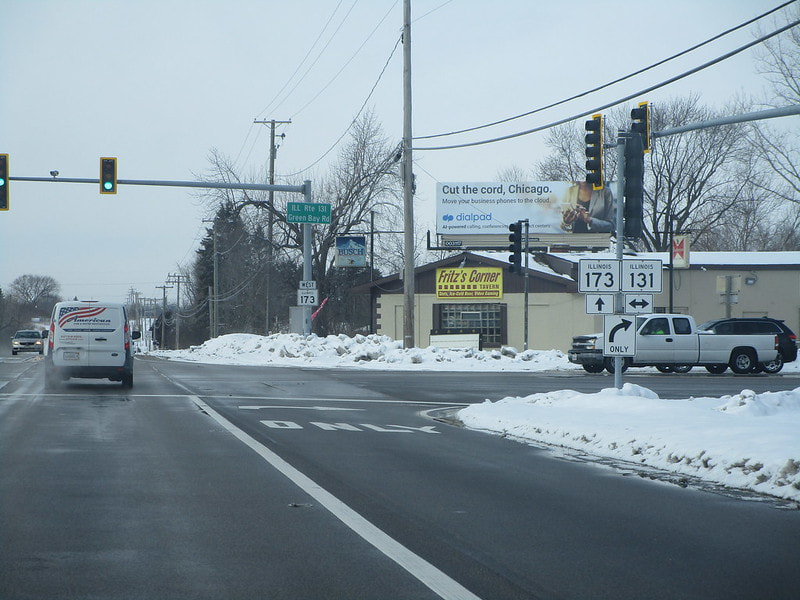 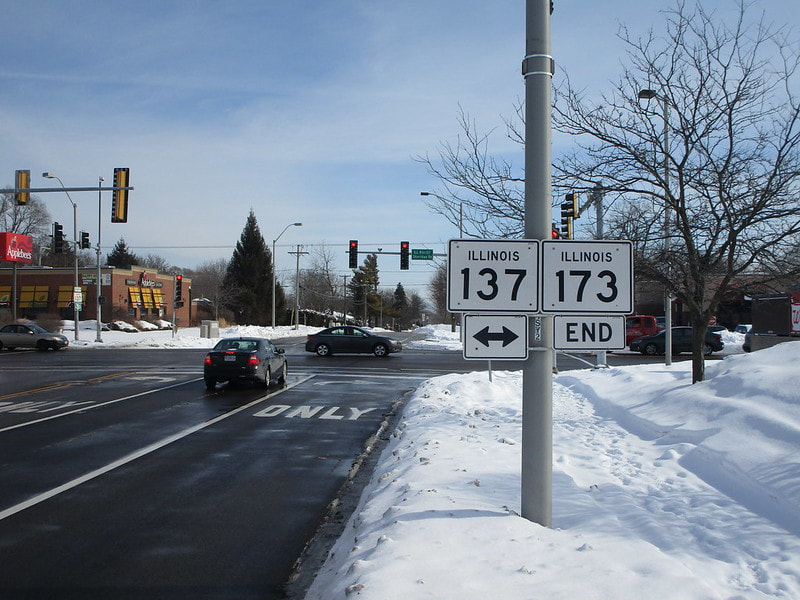