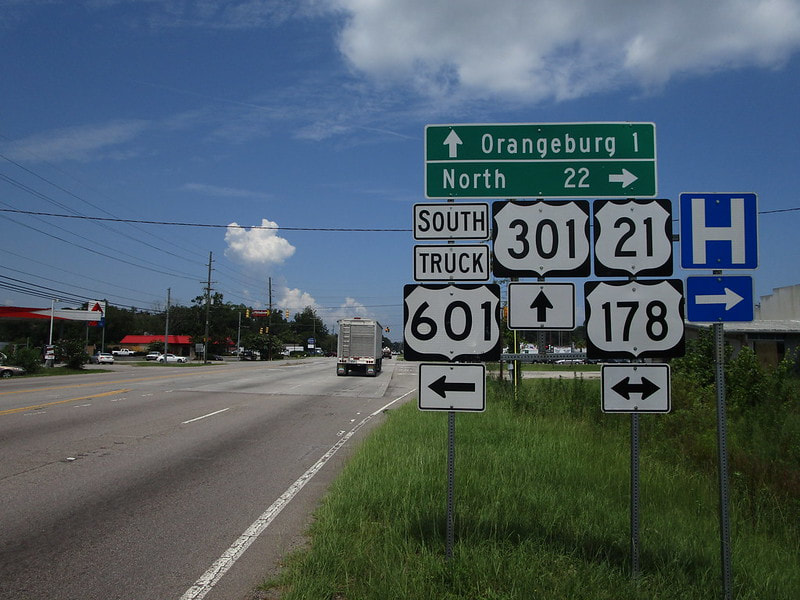 My photo of US Route 178 was taken in Orangeburg, South Carolina, where US Route 301 meets the tight loop used by US Routes 21 and 178 to wrap around the eastern and northern sides of town.  US Route 301 is actually heading westward into this photo's background (i.e. the aperture faces west).  I took this photo during my random detour around South Carolina in July 2019; I would take my photos for US Route 21 and US Route 601 also in Orangeburg, right after taking this one.
Back to the nationwide main page.
Back to the home page.