​​​US Route 8's presence in Michigan is very limited, as it crosses into Michigan from Wisconsin just to end two miles later.  The easternmost extent of US Route 8 actually bends toward the north, crossing the Menominee River to make its tiny foray into Michigan's Upper Peninsula. That tiny foray, and the whole of US Route 8, ends facing north at US Route 2 in Norway, Michigan. 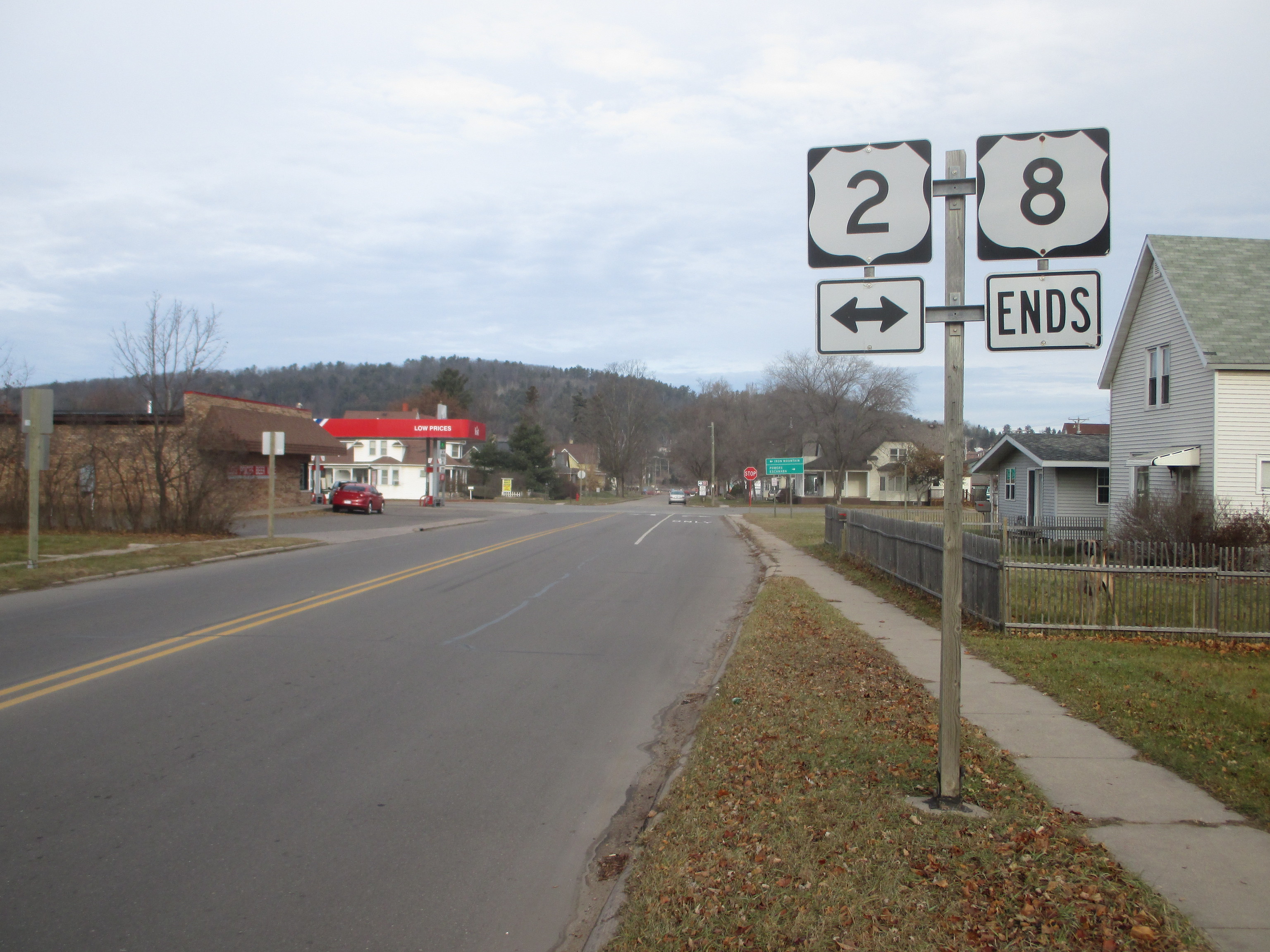 My photo of US Route 8 in Michigan shows the eastern end marker, facing south in Norway, Michigan.  The sign assembly depicted, in addition to the end marker, has a portion showing drivers that turning either way will put them on US Route 2.  This photo was taken in December 2017, along a trip mainly focused on northeastern Wisconsin.  But again, getting to this eastern end in US Route 8 only requires a slight foray into Upper Michigan.