Illinois Route 38 is an east-west route connecting Chicagoland and rural areas farther west in north-central Illinois.  In Chicagoland, it's known as Roosevelt Road.  Illinois 38 has the unique distinction of being named for the sound of its number; it used to be "Route 30A", but the designation changed to "38" because "8" sounds like "A".  Illinois 38 connects locales like Dixon, Rochelle, DeKalb, Geneva, Wheaton, and Hillside, and it used to reach inner Chicago.

The western end of Illinois 38 is at US Route 52 in Dixon:
Illinois 38 zigzags easterly and northerly through Franklin Grove and Ashton, paralleling Interstate 88 to the north, before entering Rochelle where it joins Illinois 251: 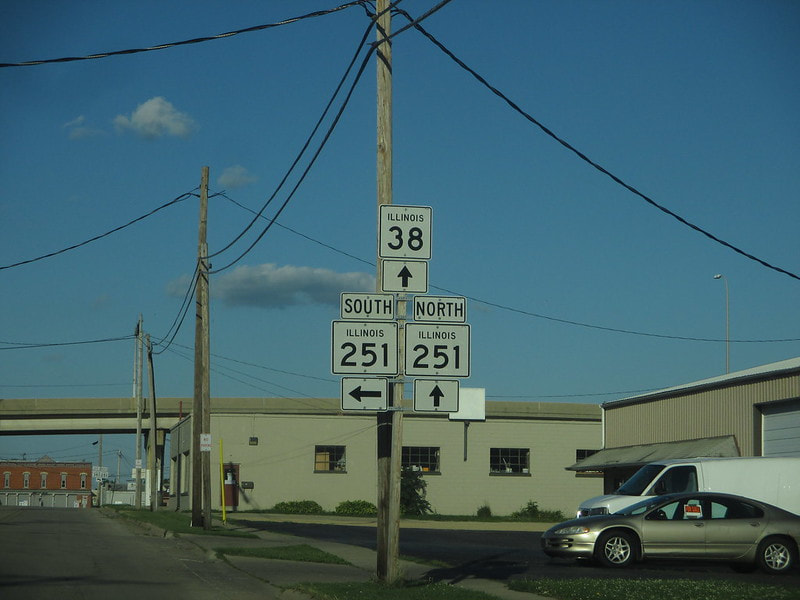 Illinois 38 uses two city blocks as a sort of folded diamond interchange to the north, to access Illinois 251 and join it northward: 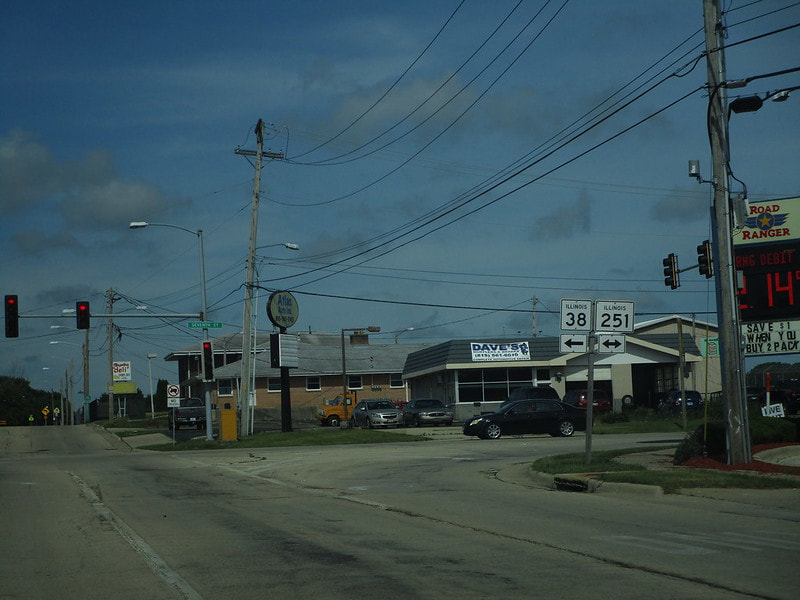 Farther north in Rochelle, Illinois 38 turns easterly off of Illinois 251...
As Illinois 38 aims to leave Rochelle, it encounters an interchange with Interstate 39...
In DeKalb, Illinois 38 meets a 4-way intersection with Illinois 23 that is cut diagonally by a railroad crossing... 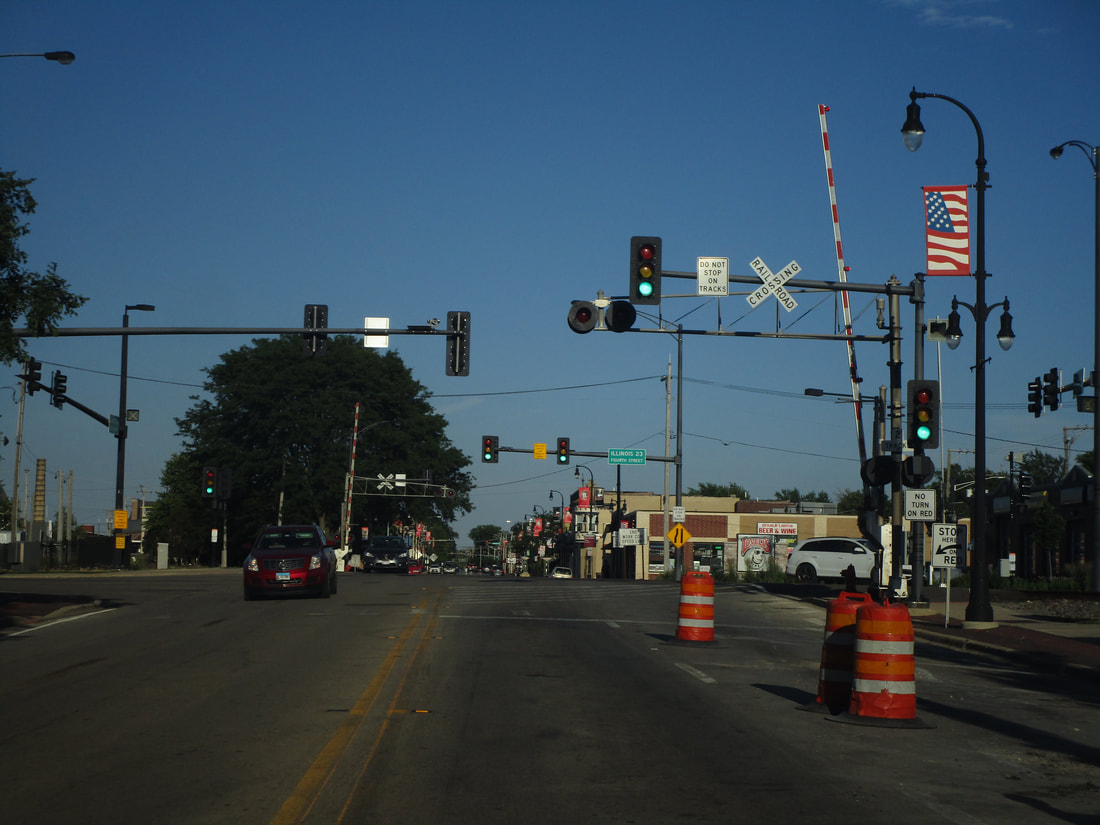 Illinois 38 crosses Illinois 47 in Elburn...
In Geneva, Illinois 38 passes through an intersection with Illinois 31 on the west side of the Fox River: 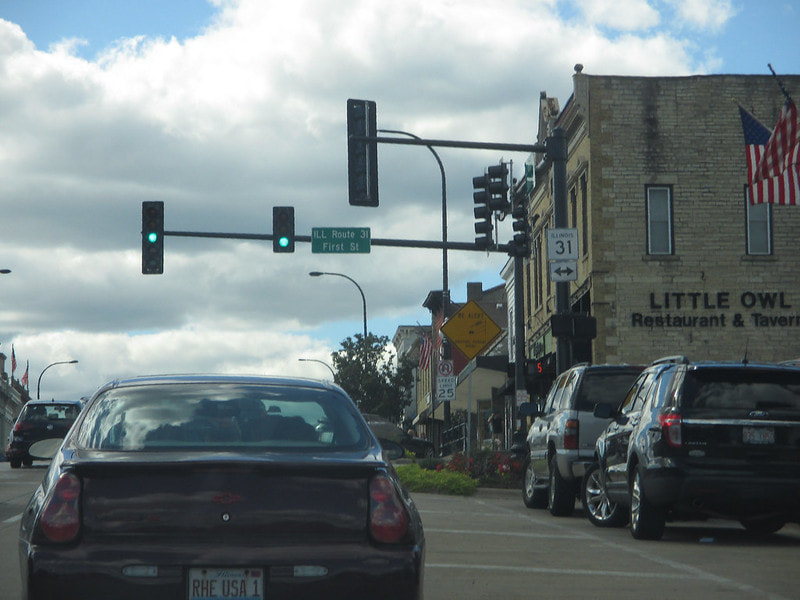 Illinois 38 then crosses the Fox River to encounter Illinois 25: 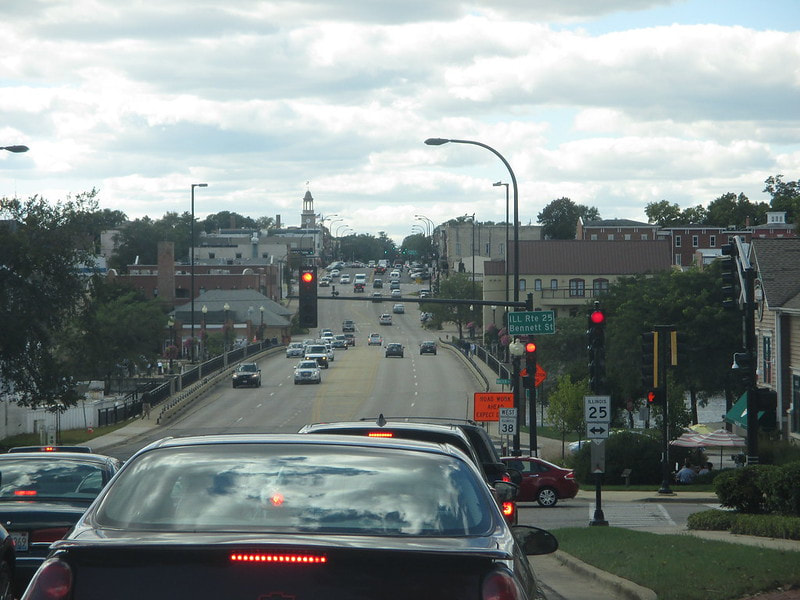 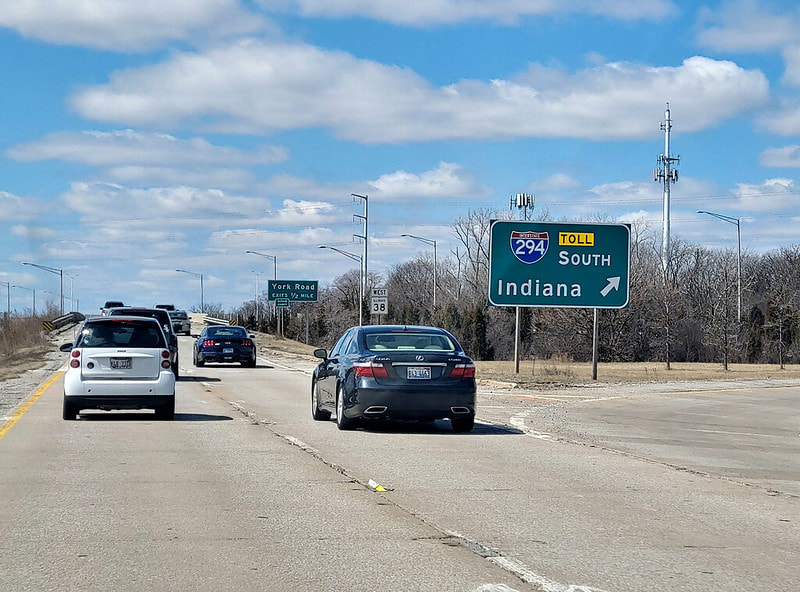 At Hillside, Illinois 38 ends at the triplicate concurrency of US Routes 12, 20, and 45; however, Roosevelt Road continues east through several more suburbs and the entire width of Chicago, ending at Lake Shore Drive (US Route 41).
Back to the Illinois main page.
Back to the home page.