Illinois Route 146 is an important east-west route in southernmost Illinois, spanning the width of the state. In particular, it enters Illinois using the bridge out of Cape Girardeau, Missouri, and proceeds east to Cave-in-Rock in the southeast corner of the state.  It connects many destinations in southern Illinois, including four county seats and some sightseeing spots in the Shawnee National Forest.

Illinois 146's western beginning is a crossing over the Mississippi River from Cape Girardeau, Missouri, on an impressive cable-stayed suspension bridge: 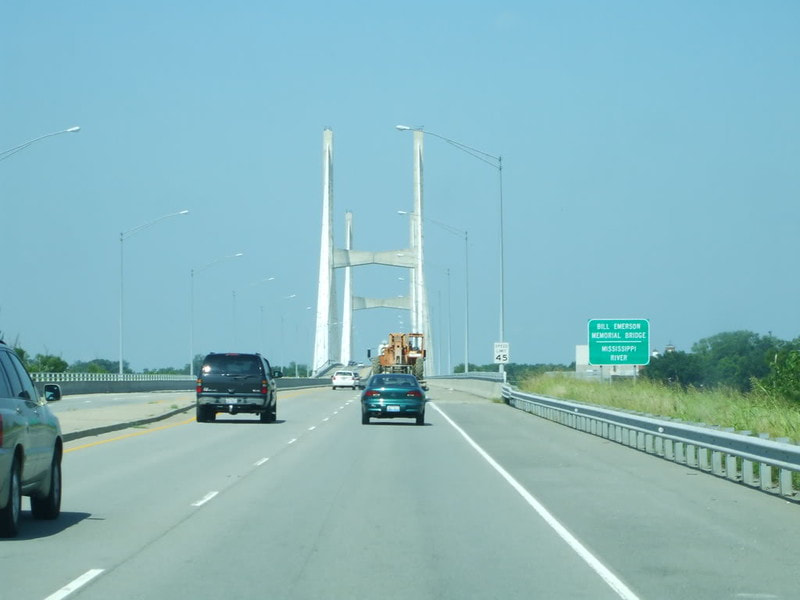 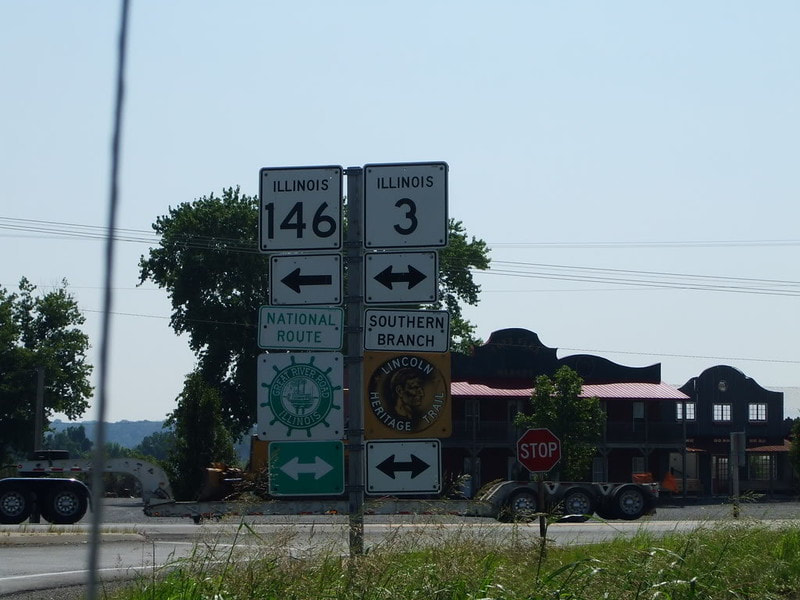 Illinois 146 then splits off of Illinois 3 to continue east:

Illinois 127 comes from the north to follow Illinois 146 east into Jonesboro: 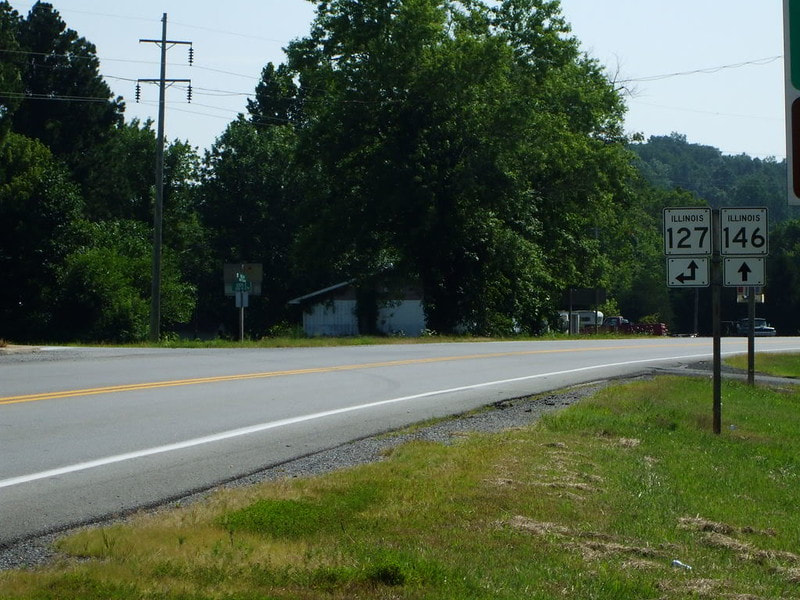 At a long-standing roundabout in Jonesboro, Illinois 127 departs to continue south as Illinois 146 continues east into Anna: 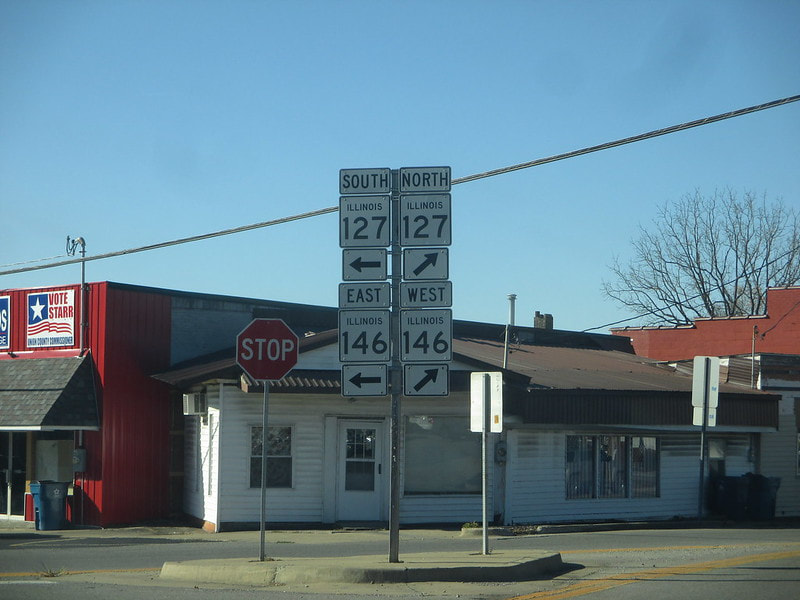 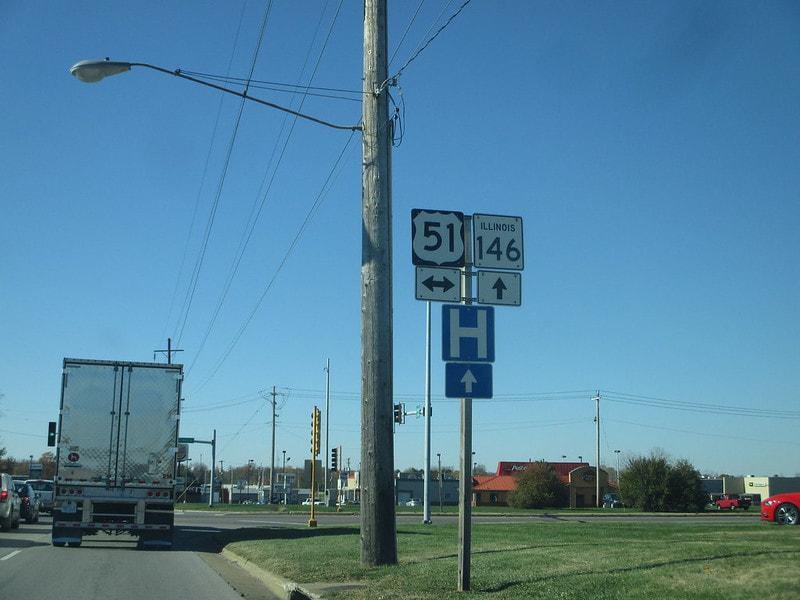 After leaving Anna, Illinois 146 has an interchange with Interstate 57:
Illinois 146 crosses Illinois 37 at a 4-way intersection: 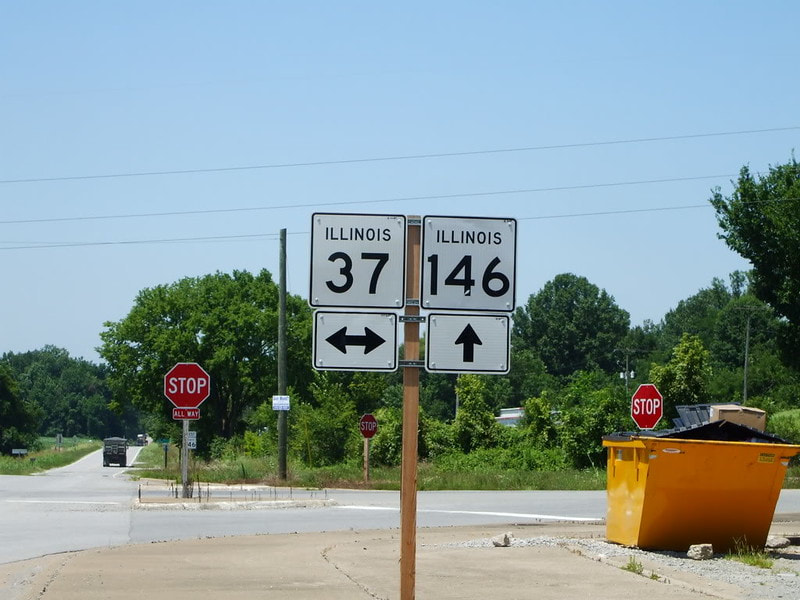 At Vienna, the second of four county seats traversed by the route, Illinois 146 meets US Route 45: 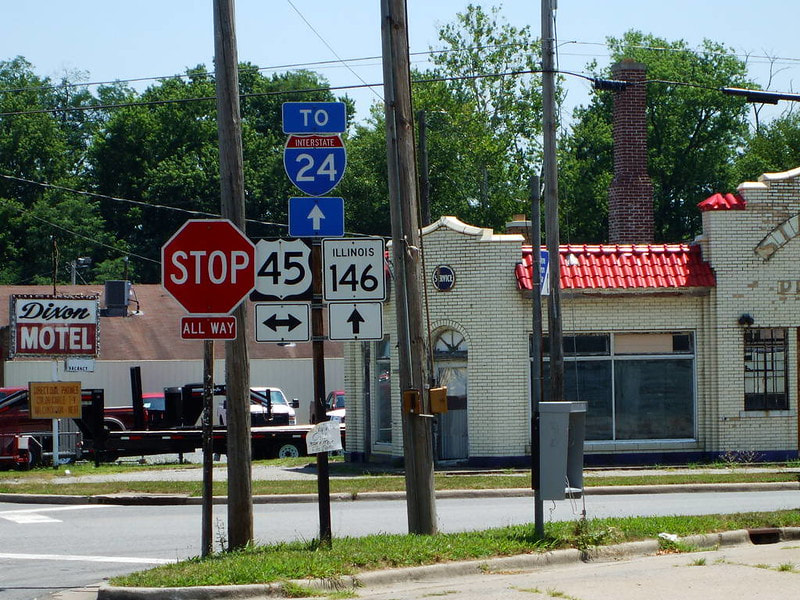 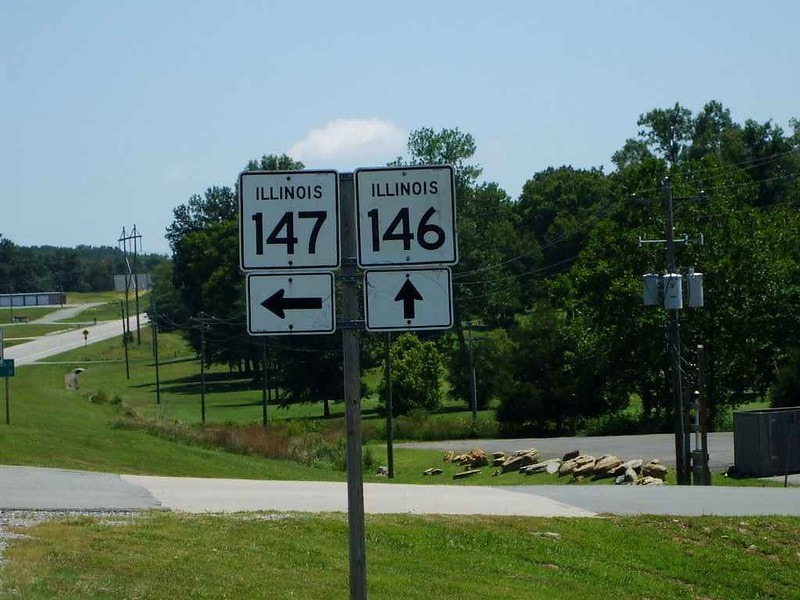 Illinois 146 crosses under Illinois 145, but the two routes are joined by a connector in the southeast quadrant of the crossing: 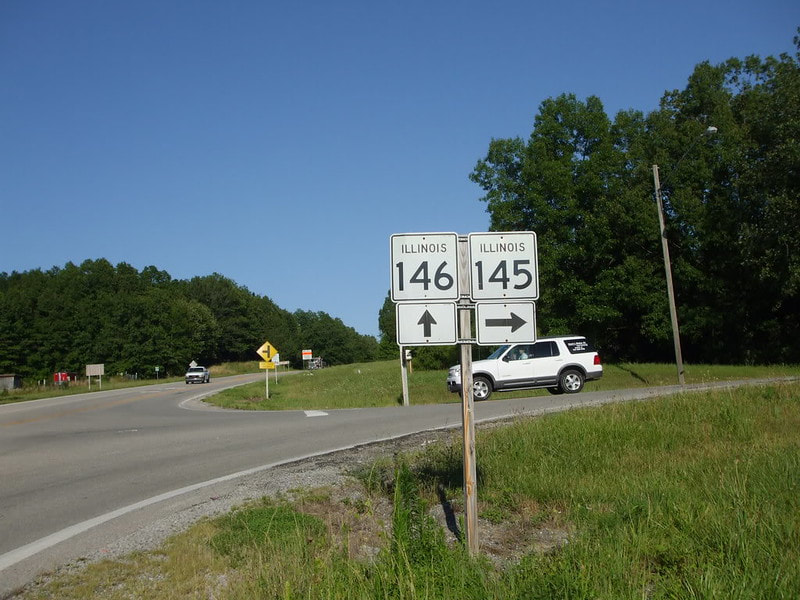 After passing through Golconda, where the Ohio River begins to be within a few miles of Illinois 146, Illinois 34 comes from the north to join Illinois 146 east for a short stretch: 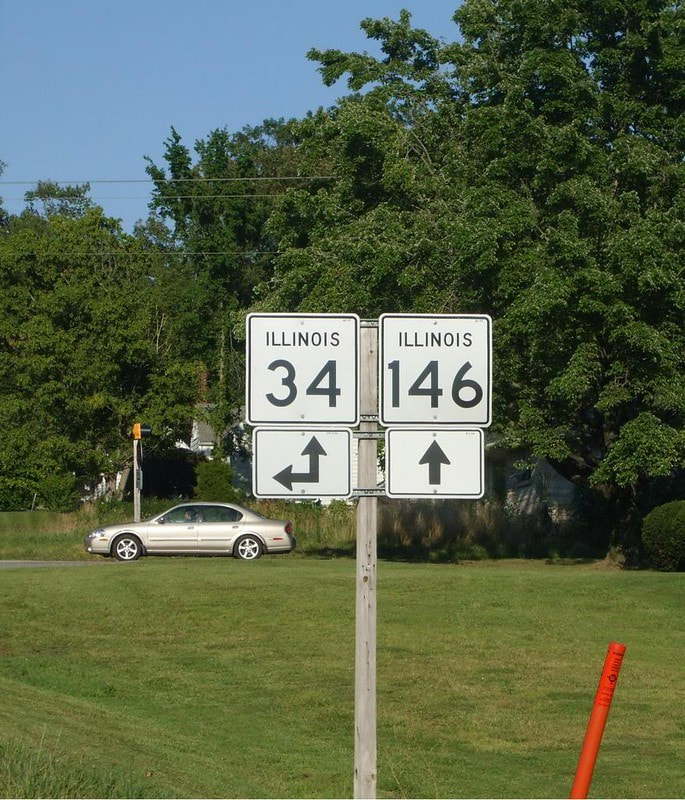 Illinois 34 then splits from Illinois 146's eastward trajectory, to head southerly again into Rosiclare, a town on the Ohio River: 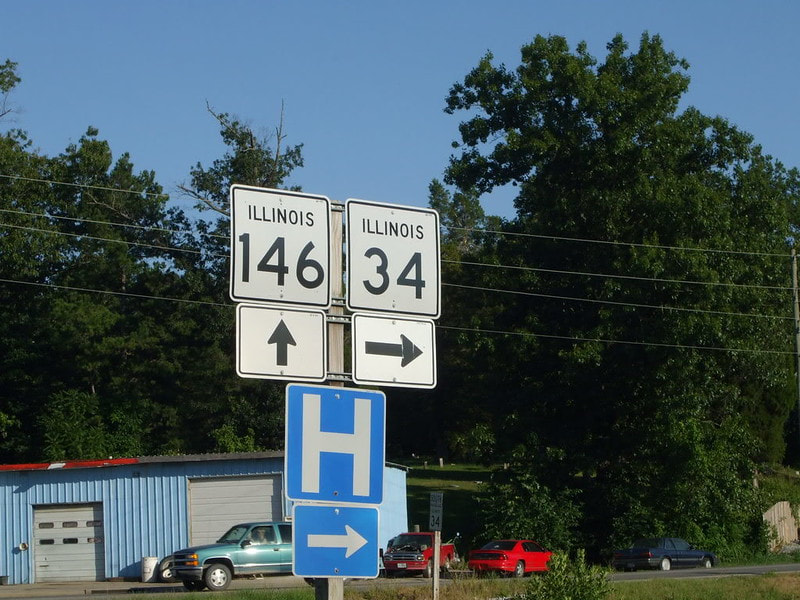 Finally, Illinois 146 reaches its eastward conclusion at Illinois 1, just north of Cave-in-Rock, the town home to Illinois 1's southern terminus.  This is basically the southeastern corner of Illinois. 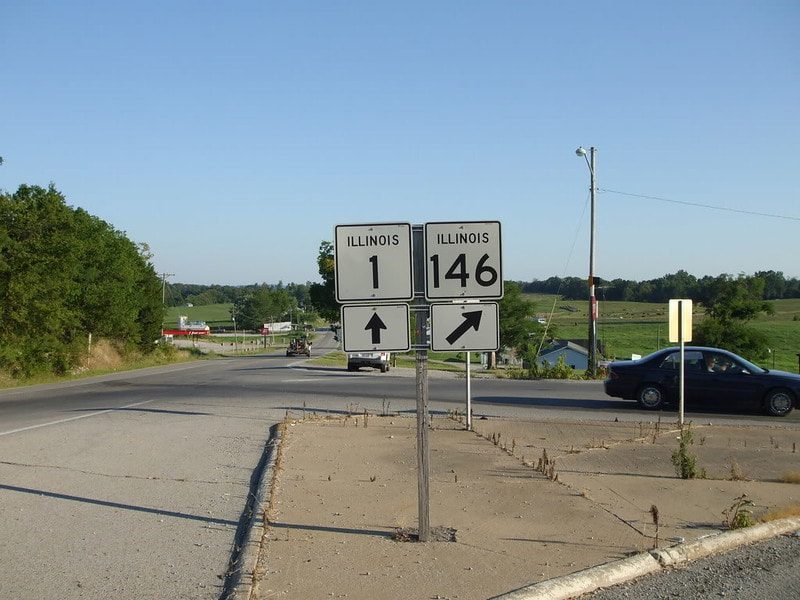