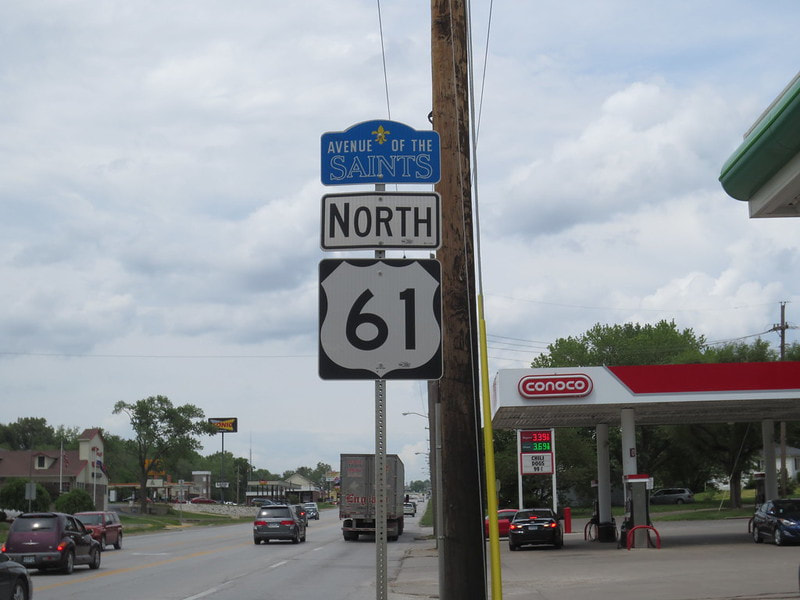 My photo for US Route 61 is the northbound trailblazer for traffic coming off the interchange with US Route 36, situated in Hannibal, Missouri.  This interchange marks the current western endpoint of Interstate 72.  This photo was taken along my trip west to the St. Joseph, Missouri area, in May, 2014.
Back to the nationwide main page.
Back to the home page.