Iowa Route 51 is a short north-south highway in northeastern Iowa.  Its only two intersections with other state highways occur at its two endpoints.  Those endpoints are at Iowa Route 9 near Waukon in the north, and at US Routes 18 and 52 in the south.  The south end is in the only incorporated town traversed by Iowa Route 51, Postville.  Iowa Route 51 is only 11 miles long. 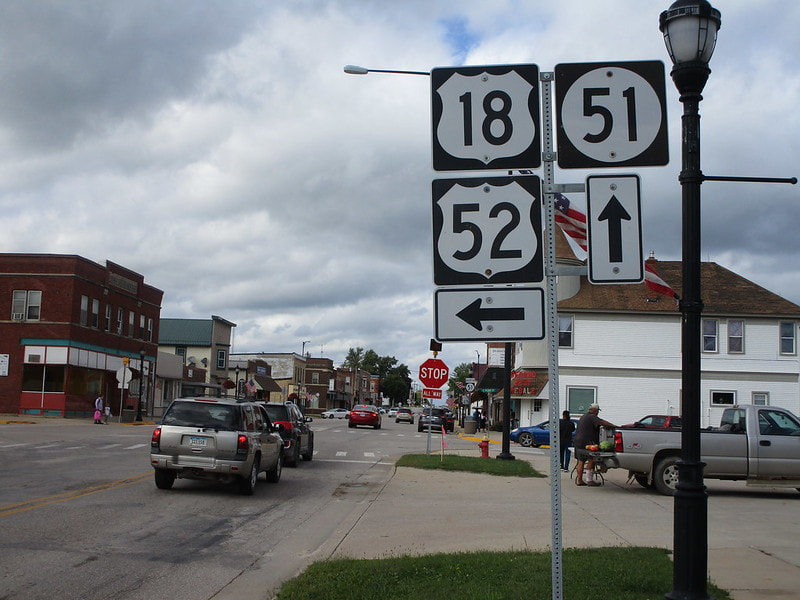 My photo of Iowa Route 51 comes from its southern endpoint in Postville. The signage depicted faces south for traffic moving northward; that traffic moving northward is on a northward jog carried out by US Route 18 and US Route 52, which run concurrently through Postville.  US Route 18 and US Route 52 both turn westerly, to end the northward jog.  In short, US Routes 18 and 52 occupy the southern and western legs of the intersection, and Iowa Route 51 occupies the northern leg.  (The eastern leg is merely a local street.) This photo was taken during an early part of the September 2019 trip across northern Iowa.
Back to the Iowa main page.
Back to the home page.