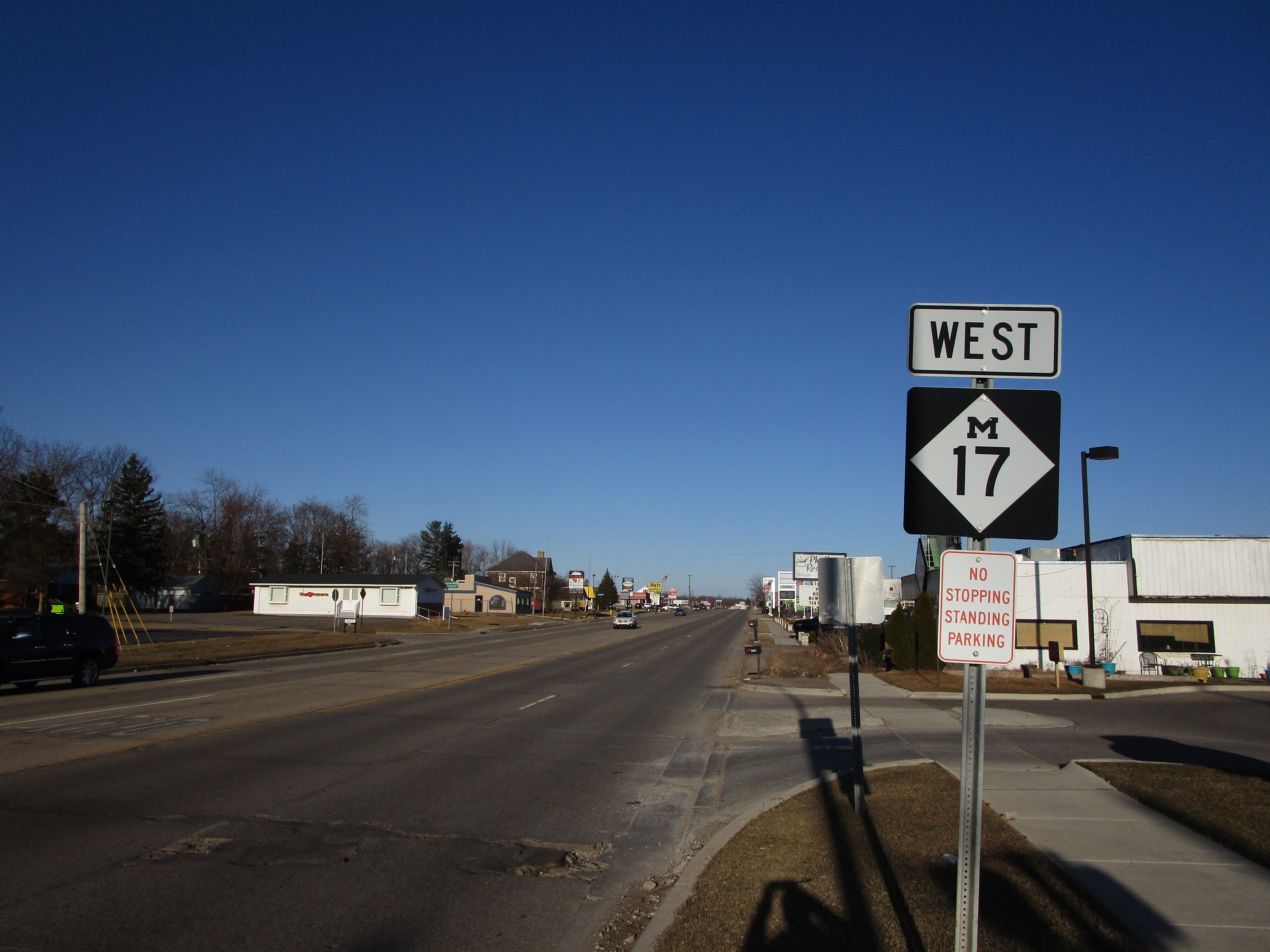 My photo of Michigan Highway 17 is a westbound reassurance marker for traffic leaving the intersection with Hewitt Road.  This intersection is about two miles east of the western terminus of Michigan Highway 17 at US Route 23. Michigan likes to put reassurance markers at a great number of different intersections, even with minor arterials and various crossroads in the country. This photo was taken in March 2019, during a trip around central and south-central Michigan.