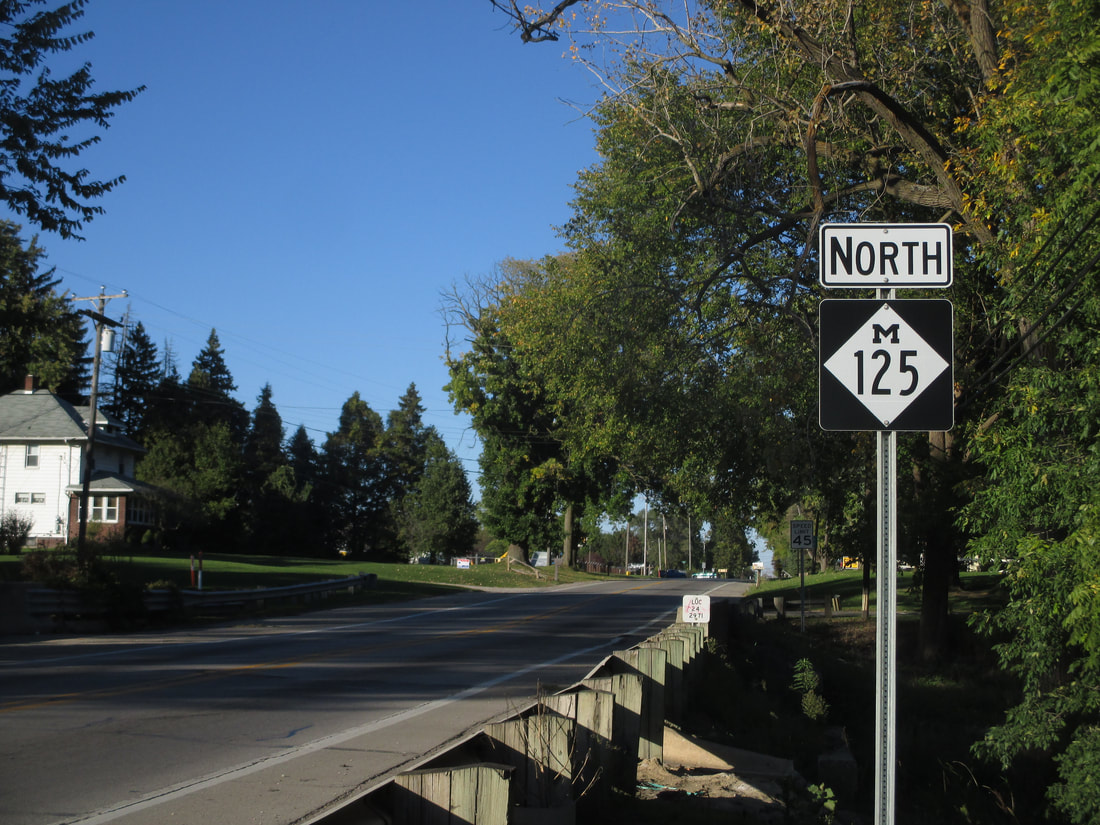 My photo of Michigan Highway 125 shows the southern start of the highway.  The signage depicted is the first northbound reassurance marker, seen by traffic that just crossed the border from Ohio into Michigan.  This photo was taken in October 2016, at a point earlier than my other Michigan highway photographs.  This trip in October 2016 was a drive around Ohio on the way home from West Virginia--it wasn't oriented around Michigan at all.