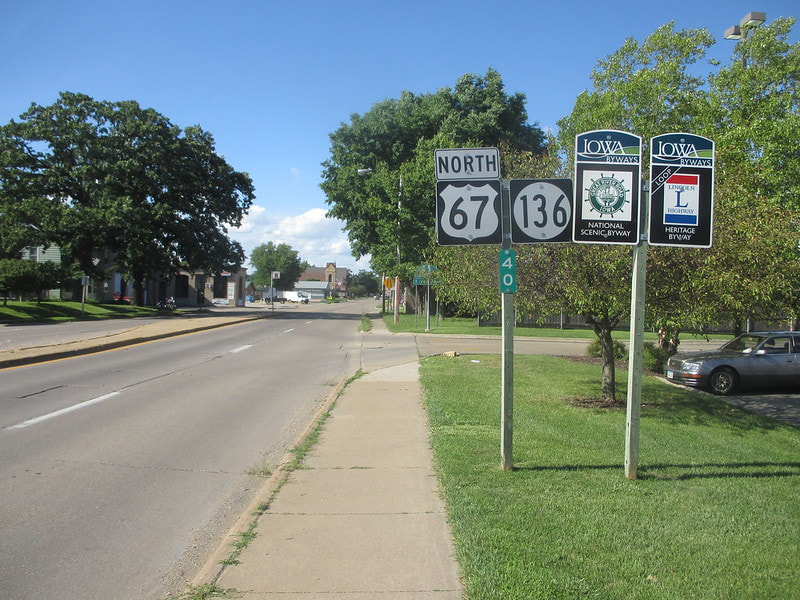 My photo for US Route 67 in Iowa comes from Clinton, Iowa. The signage depicted reassures northbound travelers leaving the intersection where US Route 67 comes together with Iowa Route 136.  Iowa Route 136 leaves Illinois (where it's Illinois Route 136) on a bridge across the Mississippi River into Clinton, and turns northerly onto US Route 67 for a short concurrency.  This photo is taken at the southern beginning of this concurrency, facing north. This photo was taken on July 1, 2017, as I was finishing up a trip across eastern Iowa.
Back to the Iowa main page.
​Back to the home page.