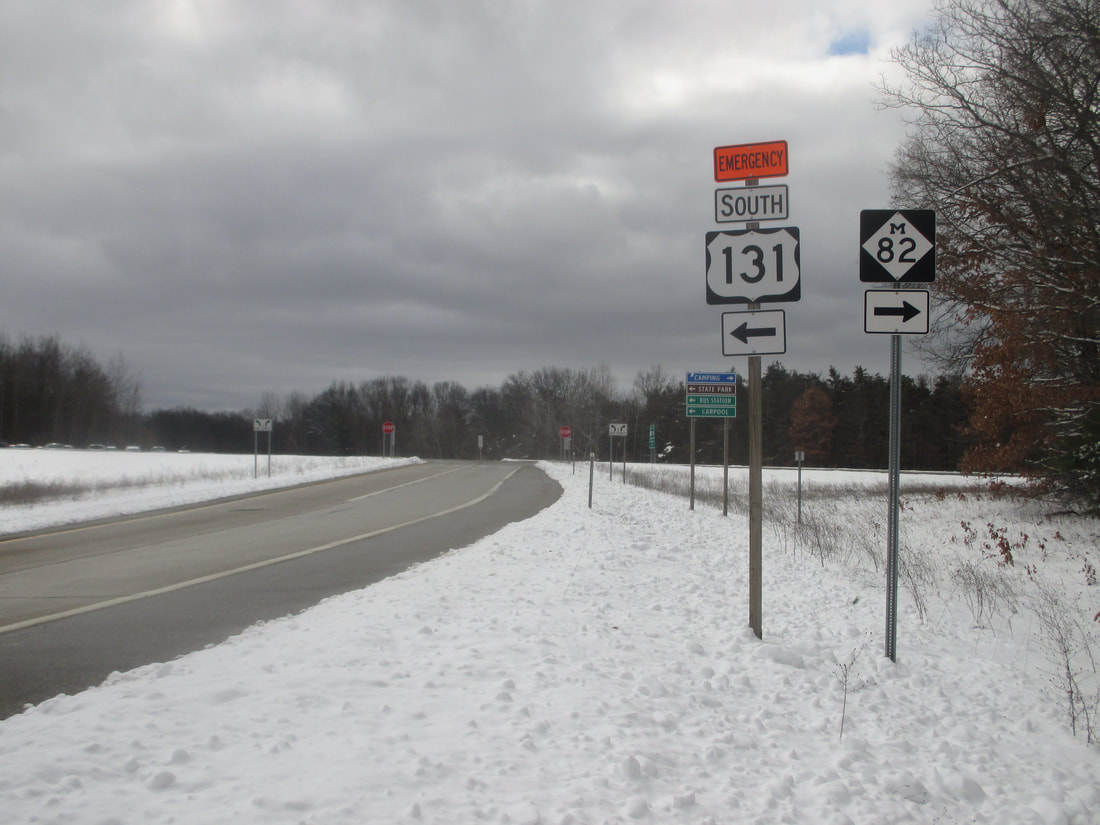 My photo of signage for Michigan Highway 82 comes from the interchange with US Route 131, which marks the eastern end of this state highway.  The signage in the very snowy photo faces north along the southbound offramp from US Route 131, near Howard City.  The guide assembly in the photo shows that Michigan Highway 82 is reached by turning from southward to westward.  This photo was taken on the way home from a snowy trip to Traverse City in March 2018.