Iowa Route 37 is a northwest-southeast highway that has an east-west segment attached to each end, and it sits in west-central Iowa.  The east end is at US Route 59, north of Harlan and about fifteen miles north of Interstate 80.  The western end is at Iowa Route 175 east of Onawa.  Iowa Route 37 passes through Earling, Dunlap, and Soldier, as it moves from one end to the other. 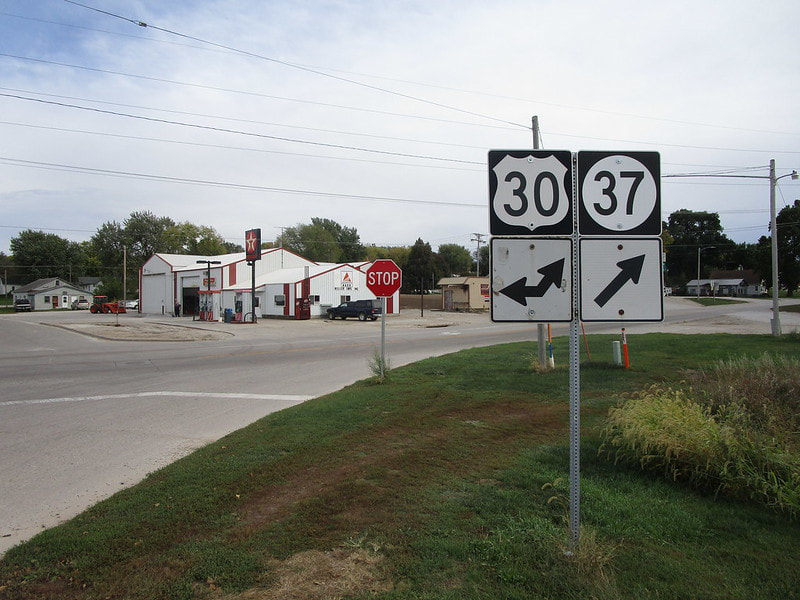 My photo of Iowa Route 37 comes from the town of Dunlap, where it shares some north-south pavement with US Route 30.  Overall, US Route 30 moves from southeast to northwest in the Dunlap area, and Iowa Route 37 moves from northwest to southeast.  The two routes work their way through town by sharing a wrong-way concurrency along a north-south street.  The signage depicted faces northwest at the north end of the concurrency, so southeast-oriented traffic on Iowa Route 37 can decide what to do. This photo was taken in October 2021 during my trip around southern and western Iowa.
Back to the Iowa main page.
Back to the home page.