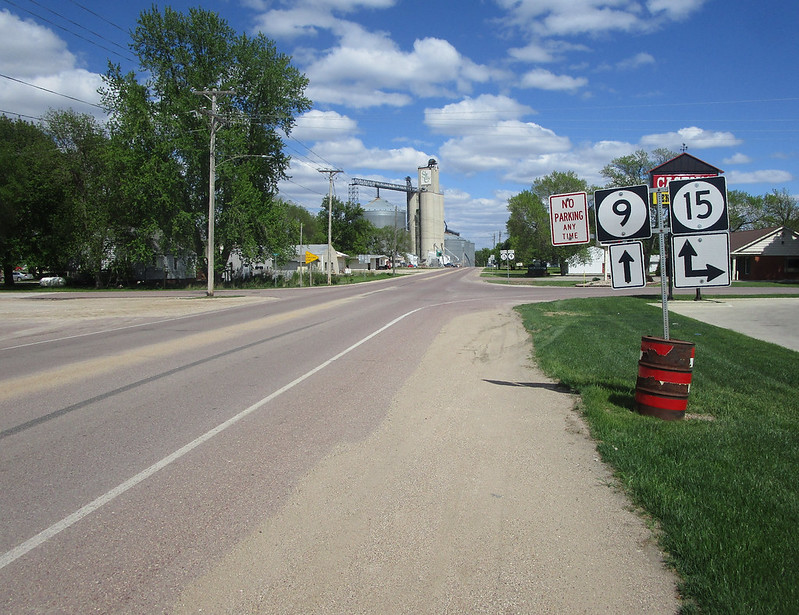 My photo of Iowa Route 15 comes from the western end of its concurrency with Iowa Route 9 in Armstrong.  The concurrency is a very short one, lasting for only about a block.  The signage here was stuck in some kind of barrel, in a situation so apparently makeshift that I can only assume this is a temporary setup.  Though the post may have been compromised, the panels on the sign assembly looked perfectly fine!  So I decided to make the Route 15 symbol shown here the one you see on the Iowa menu page.  The drivers seeing the sign assembly depicted are headed east on Iowa Route 9, approaching the southern leg of Iowa Route 15. I took this photo during the final Iowa trip to Cedar Rapids and north-central Iowa in May 2022.
Back to the Iowa main page.
Back to the home page.