Illinois Route 92 is an eastern continuation of Iowa Route 92, one of the main east-west routes through Iowa, and it runs in the western half of northern Illinois.  It's an important route through the Quad Cities, linking the area to rural areas to the east and to Muscatine, Iowa, to the west.

The western inception of Illinois 92 is a bridge over the Mississippi River from Muscatine, Iowa: 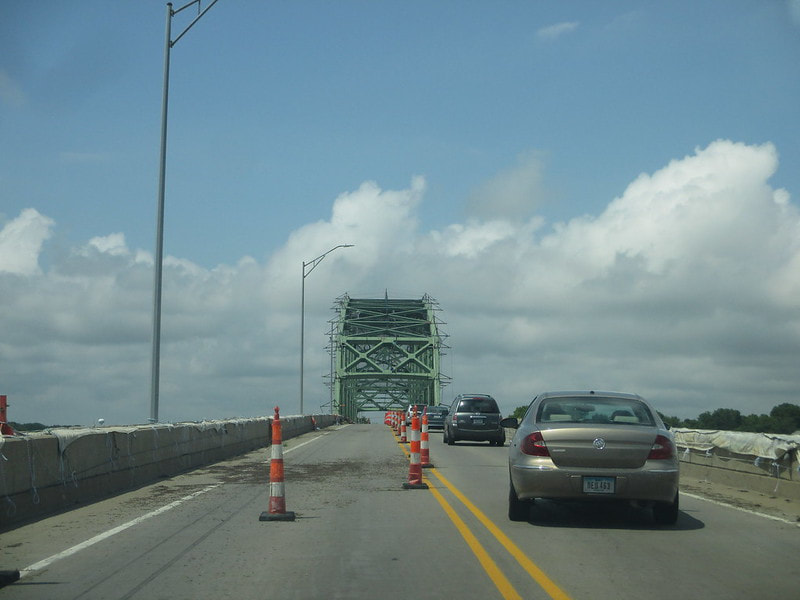 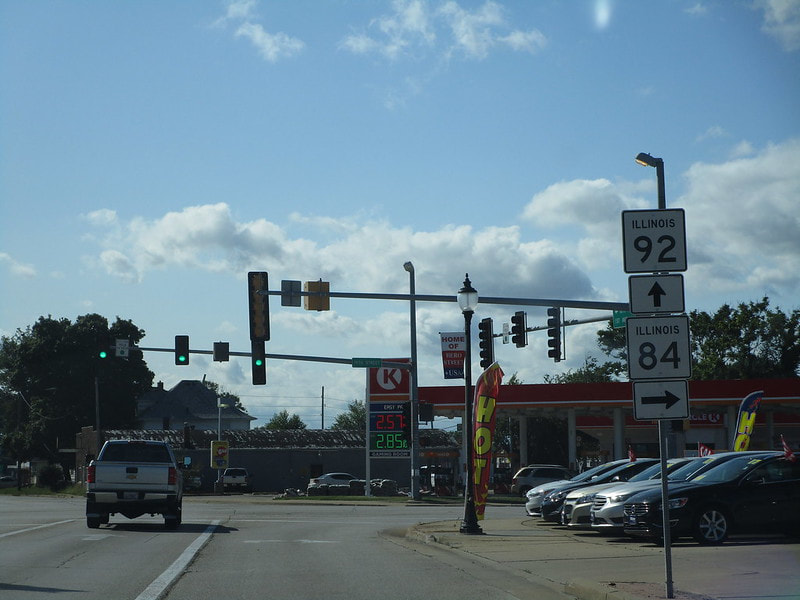 At Silvis, Illinois 92 uses a folded diamond interchange to get onto Illinois 5 east, as Illinois 84 continues south: 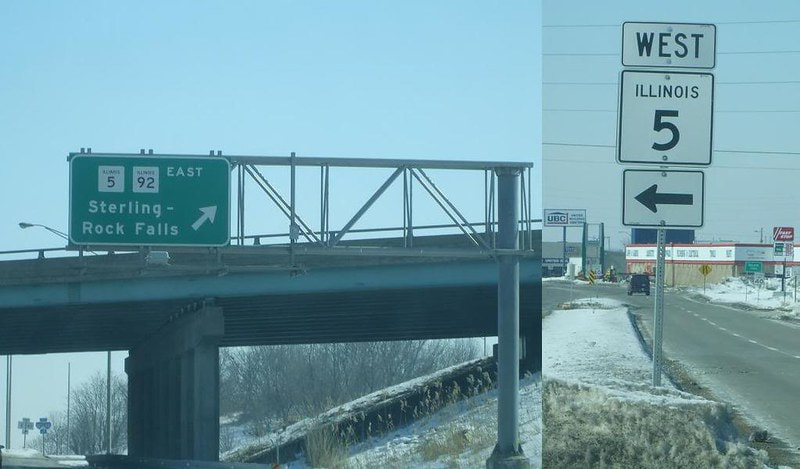 Illinois 5 turns into Interstate 88 at a cloverleaf interchange with Interstate 80, with Illinois 92 continuing along for the ride, forming a concurrency with the newly-spawned Interstate...
At Interstate 88's exit 6 near Joslin, Illinois, Illinois 92 exits and returns to being an eastward two-lane rural highway:
Illinois 92 meets the northern end of Illinois 82, north of Geneseo: 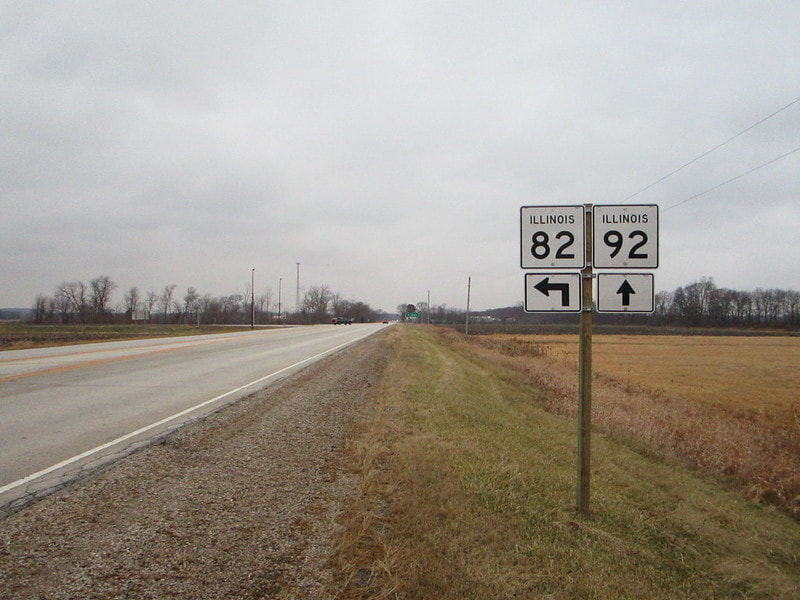 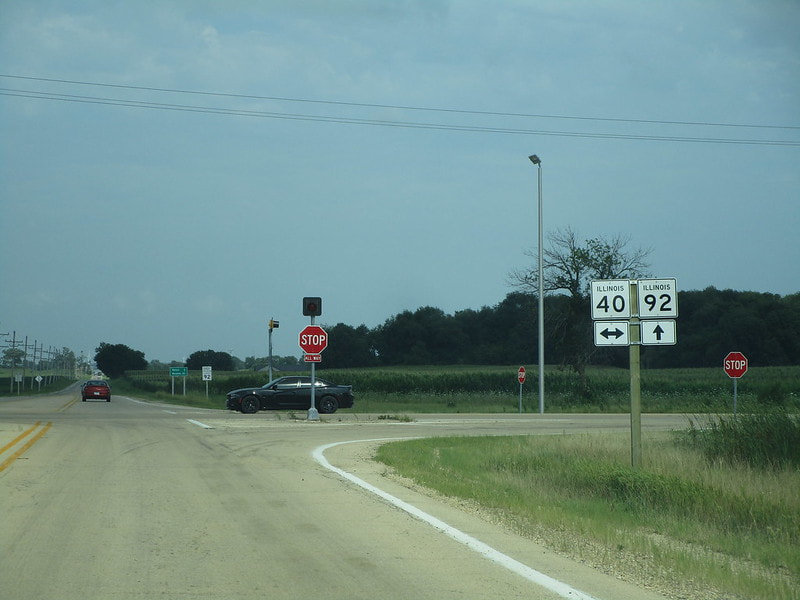 Illinois 92 meets a 4-way intersection with Illinois 26 at Ohio, Illinois: 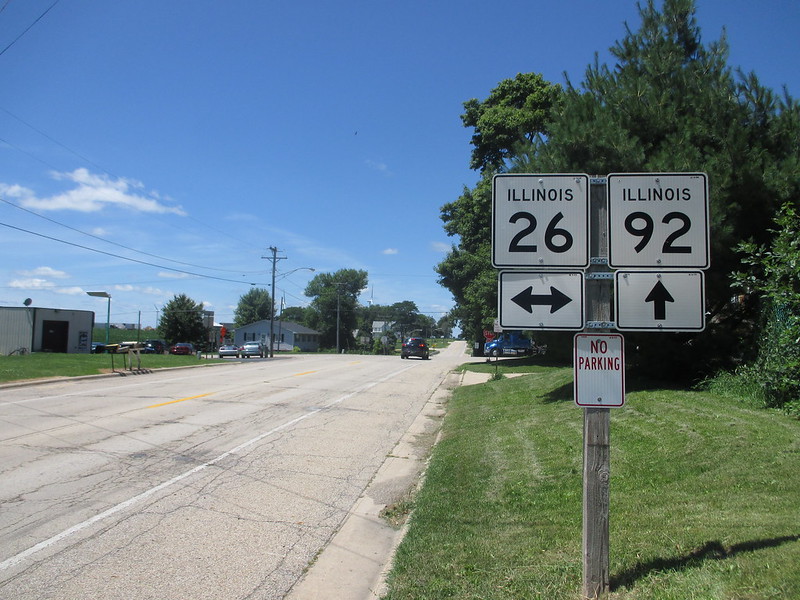 At La Moille, US Route 34 comes from the south and turns east, replacing Illinois 92 as the east-west route at this latitude, and Illinois 92 comes to an end: 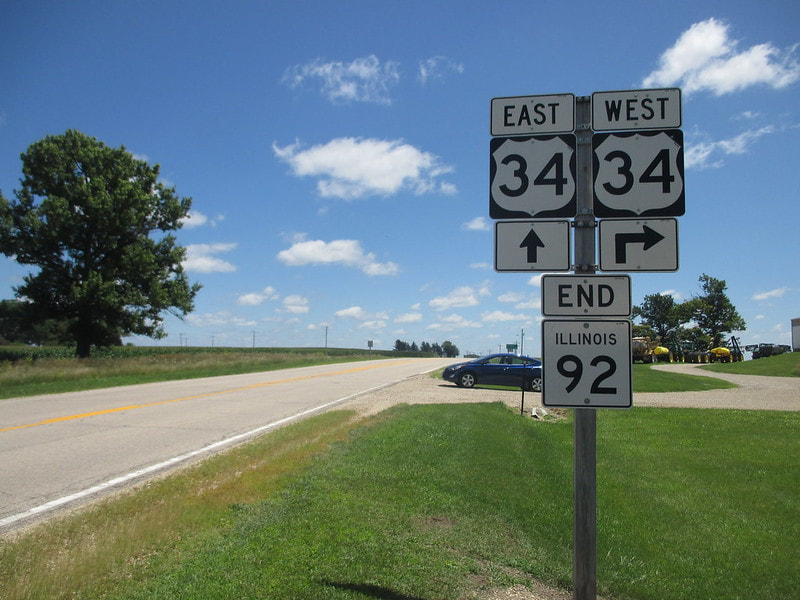