​​Interstate 94, in Michigan, runs east-west across southern parts of the Lower Peninsula, serving Kalamazoo, Battle Creek, Marshall, Jackson, Ann Arbor, Detroit, and Port Huron. has the main distinction of connecting the Chicago area and points southwest to Detroit, continuing northeast beyond Detroit to Port Huron. In the southwest corner of Michigan, Interstate 94 enters Michigan by crossing the Indiana state line between Michigan City, Indiana, and New Buffalo.  Interstate 94 stays near the southeastern shore of Lake Michigan for its first segment, running northeasterly to Benton Harbor and St. Joseph.  In the Benton Harbor area, Interstate 94 turns easterly to head inland, but spawns Interstate 196 for those who wish to continue north alongside Lake Michigan.  Interstate 94 runs pretty straight toward the east, passing Kalamazoo, Battle Creek, Marshall, and Jackson.  At Ann Arbor, the freeway splits into two freeways into Detroit, and Interstate 94 takes the more southerly route; Michigan Highway 14 is the northerly freeway continuing eastward. In Metro Detroit, Interstate 94 is made to turn northeasterly. It flanks downtown and aligns itself toward Lake St. Clair and the St. Clair River (which is to say, the Canadian border). In Port Huron, Interstate 69 merges with Interstate 94, and the two concurrent freeways continue for a few miles to their mutual endpoint.  They end at the Blue Water Bridge, crossing the St. Clair River into Sarnia, Ontario. 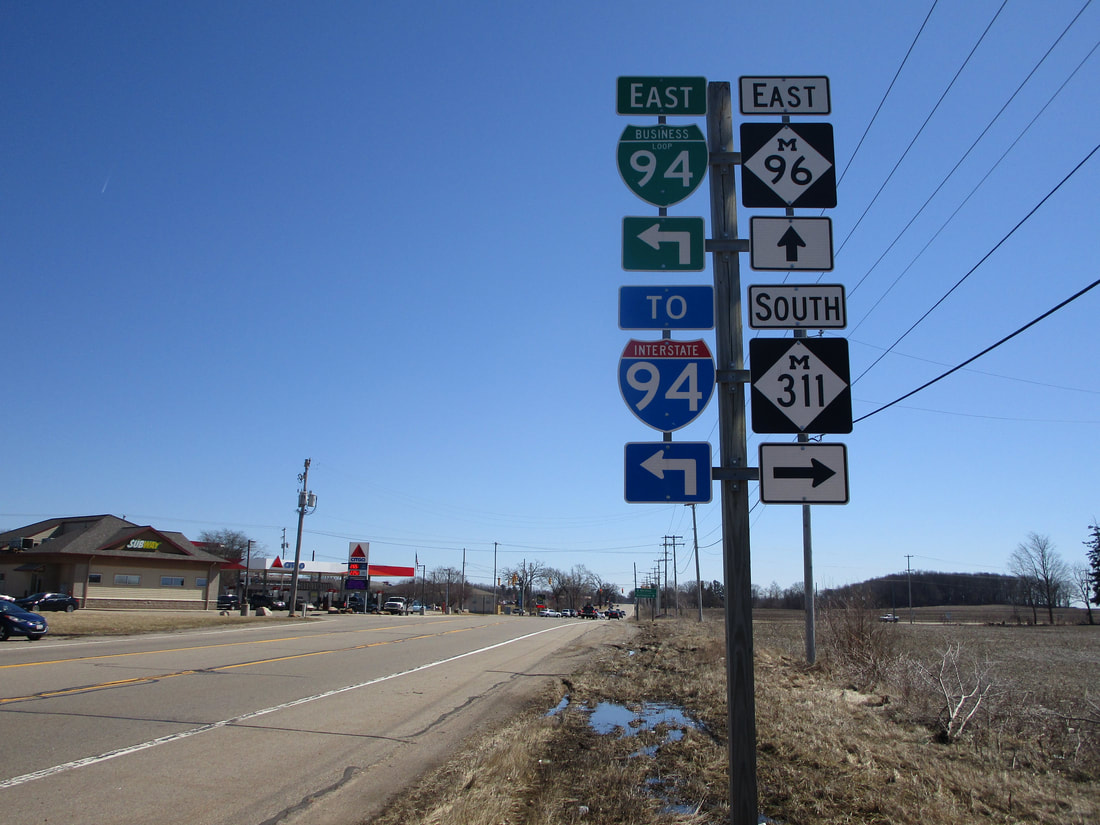