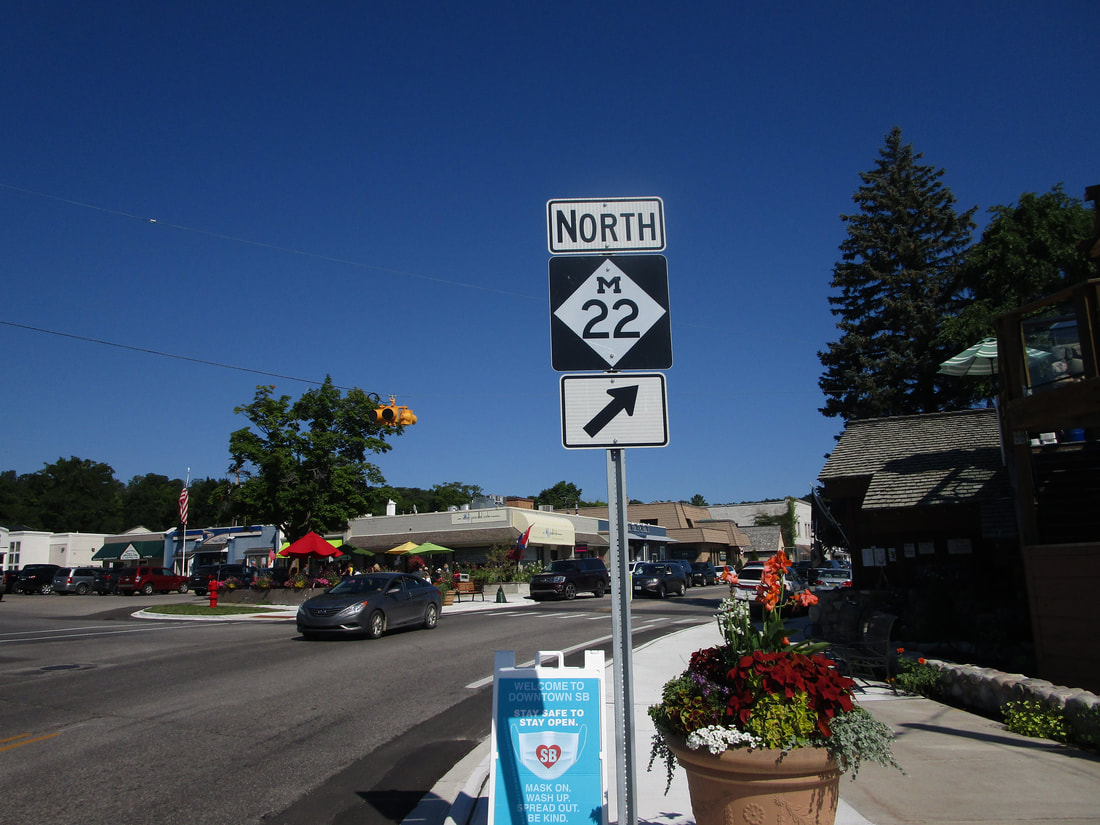 My photo of Michigan Highway 22 comes from Suttons Bay, the first community northwest of Traverse City on the eastern shores of the Leelanau Peninsula. At Broadway Street in Suttons Bay, Michigan Highway 22 has a sudden bend from northwest to north. Those on the overall northward journey along the eastern edge of the Leelanau will see the signage depicted in Suttons Bay.  Don't go straight; you'll plow right into the outdoor seating of that restaurant! And I've eaten there twice, since I quite like it!  I literally took this photo as I was waiting to be seated for breakfast at that restaurant in August 2020. That trip in August 2020 featured the central Upper Peninsula, Mackinac Island, and Traverse City.