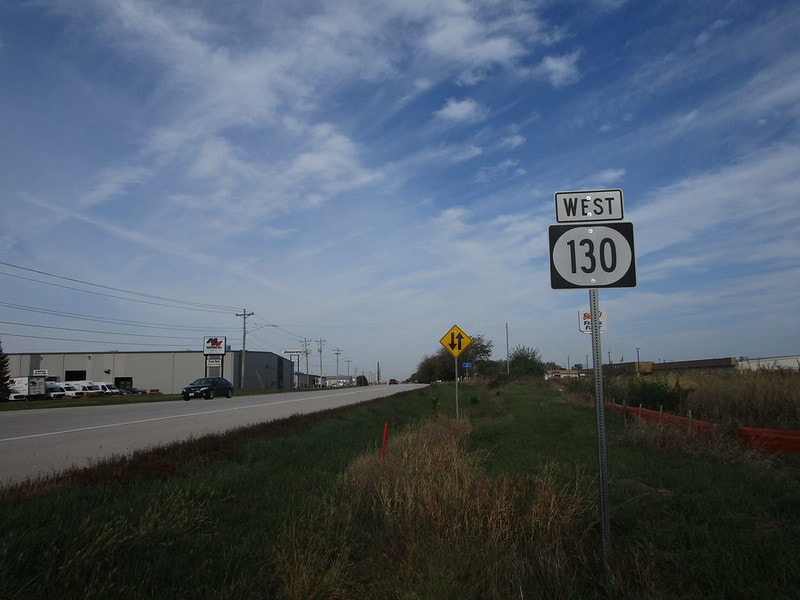 My photo of Iowa Route 130 comes from the southeastern end at Interstate 80.  The signage depicted is the first trailblazer visible to drivers who turn off the ramps comprising the interchange with Interstate 80.  My trip across southern Iowa in October 2021 kicked off by crossing from Illinois into Iowa in the Quad Cities--I took this picture early during the trip, before heading to the southern part of the state.
Back to the Iowa main page.
Back to the home page.