PAUL ACROSS AMERICA
US Route 12 is a long and significant route, extending all the way from Washington's Pacific Coast to Detroit, Michigan, passing through the Rocky Mountain, Great Plains, and Great Lakes regions.  The western end is at US Route 101 in Aberdeen, Washington.  US Route 12 heads east from there, across southern Washington to leave the state on a bridge between Clarkston, Washington, and Lewiston, Idaho.  US Route 12 continues east the Continental Divide to Missoula, Montana, and then continues easterly across the middle of the state.  US Route 12 clips the southwest corner of North Dakota, crossing the Missouri River just barely south into South Dakota.  The middle of Minnesota is marked by US Route 12, and it continues through the Twin Cities.  US Route 12 then turns southeasterly to Chicago, by way of Eau Claire and Madison in Wisconsin.  On its way out of Chicago, US Route 12 spends its time in Indiana hugging the southern shore of Lake Michigan, passing by Indiana Dunes National Park.  US Route 12 then enters its final state, Michigan, just beyond Michigan City, Indiana.  US Route 12 passes some of the most southerly areas of Michigan before curving northeasterly to end in downtown Detroit.  The eastern end is believed to be at Griswold Street, a cross-street carrying no route designation; it's hard to tell for sure because there's no end marker (I went looking for it personally in April 2021). 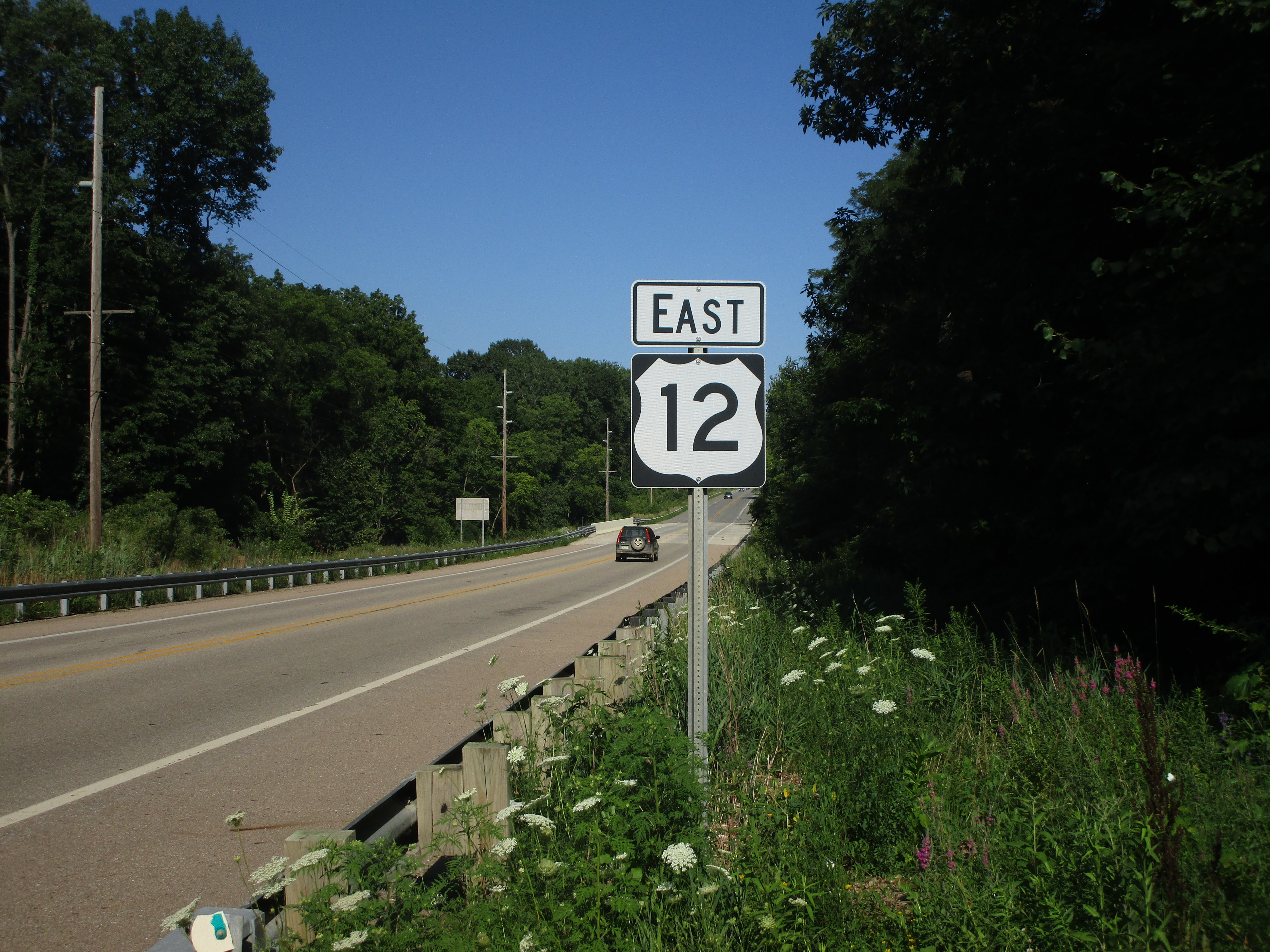 My photo for US Route 12 is the eastbound trailblazer seen by travelers leaving the interchange with Interstate 94 at New Buffalo, Michigan.  This interchange is in the very southwestern corner of Michigan.  I took this photo coming home from a trip to northern Michigan at the very start of August, 2022.
​
Back to the nationwide main page.
Back to the home page.