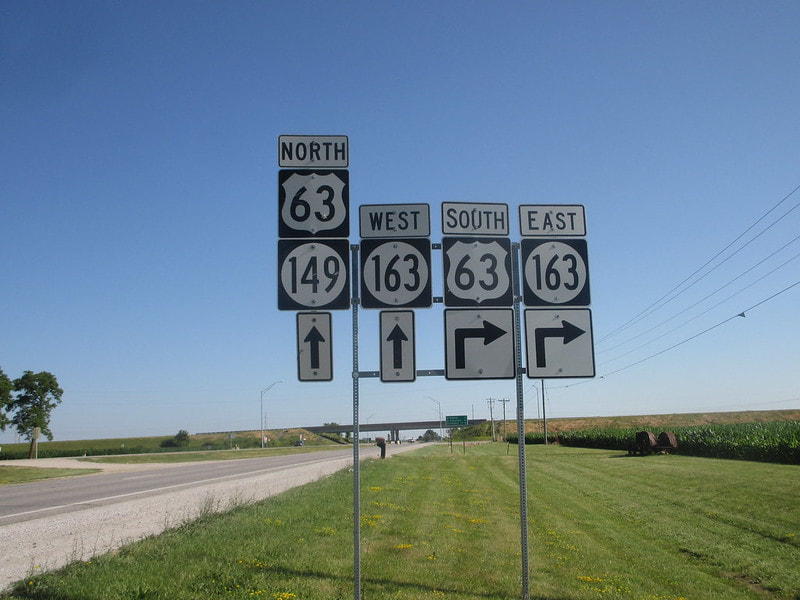 My photo of an Iowa Route 163 marker comes from the north side of Ottumwa, where US Route 63's main alignment is duplexed with Iowa Route 163. The diamond interchange home to this route sign assembly has ramps splitting off of Iowa Route 163 to reach the north-south surface road carrying Iowa Route 149 and the Business alignment of US Route 63.  The business alignment of US Route 63 has its northern end at this point. The signage shown faces south for northbound traffic. I took this photo on the morning of July 1, 2017, after waking up from a night spent in Ottumwa. This was part of the trip across eastern Iowa.
Back to the Iowa main page.
Back to the home page.